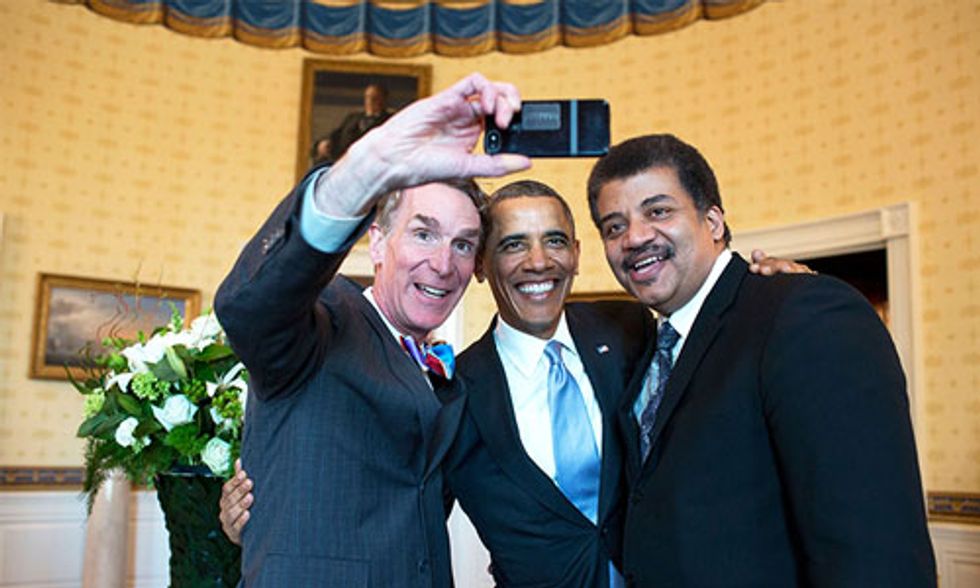 Take it from the Science Guy—it’s time to #ActOnClimate!

If you (or your kids) grew up watching Bill Nye the Science Guy, you know he’s got a knack for explaining complicated science so that just about anyone can understand. In the nineties, it was middle schoolers. Now it’s climate change deniers.

Bill Nye is on a mission to spread climate change knowledge and challenge deniers so that we can finally solve the climate crisis. And best of all, he’s doing it in incredibly creative ways that consistently surprise, delight and amaze us.

Here are 10 times he blew us away:

Bill Nye is always up for teaching a lesson. Class is in session! Get schooled in climate science with this video, in classic Science Guy fashion.

Climate science is complex. Never fear, the Science Guy is here to break down the basics using only emoji. Yes, emoji.

4. Five Things You Need to Know

Spoiler alert: The most important thing is how fast our climate is changing.

Everyone can help move us forward on the road to a clean energy future. Even NASCAR!

The signs of climate change are all around us and impossible to ignore.

7. It's Not Rocket Science

It’s not rocket science—it’s climate science! Climate change affects us all and no one needs a PhD to understand that our Earth is getting warmer.

Bill Nye knows we don’t have time for climate change deniers. It’s time to wise up and get to work.

9. We Can Solve Climate Change

Take this simple step. Sign up for updates from The Climate Reality Project. You’ll receive the latest news in climate science and learn how to combat climate change denial. We have the power to solve climate change together. It’s time to get to work.