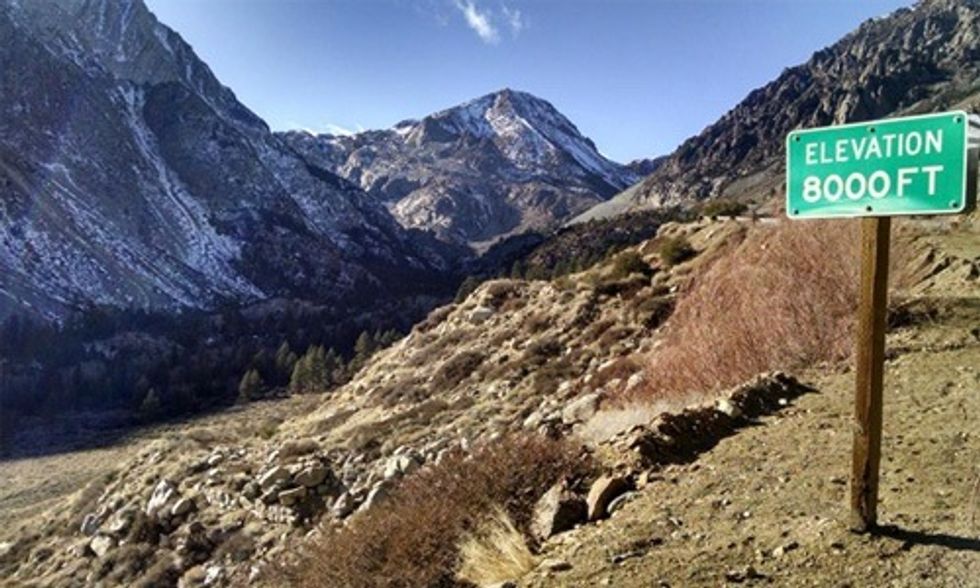 California gets most of the attention in drought news coverage because so much of the state is in exceptional drought—the highest level—but 72 percent of the Western U.S. is experiencing drought conditions, according to the latest U.S. Drought Monitor data.

72 percent of the West is experiencing drought conditions and 25 percent is in extreme or exceptional drought. Photo credit: U.S. Drought Monitor

When California's snowpack assessment showed that the state's snowpack levels were 6 percent of normal—the lowest ever recorded—it spurred Gov. Brown's administration to order the first-ever mandatory water restrictions. California's snowpack levels might be the lowest, but the Golden State is not the only one setting records. A new report from the U.S. Department of Agriculture (USDA) finds that nine states reported record low snowpack. The report states:

The largest snowpack deficits are in record territory for many basins, especially in the Cascades and Sierra Nevada where single-digit percent of normal conditions prevail. Very low snowpacks are reported in most of Washington, all of Oregon, Nevada, California, parts of Arizona, much of Idaho, parts of New Mexico, three basins in Wyoming, one basin in Montana and most of Utah.

Only high elevation areas in the Rocky Mountains and Interior Alaska had normal or close to normal snowpack levels. "The only holdouts are higher elevations in the Rockies," said Garen. "Look at the map and you'll see that almost everywhere else is red." Red indicates less than half of the normal snowpack remains. Dark red indicates snowpack levels are less than 25 percent of normal.

Much of the West is in dark red, which indicates snowpack levels are below 25 percent of normal. Photo credit: USDA NCRS

And not only is the snowpack drastically reduced in many states, but it's melting earlier now, too. "Almost all of the West Coast continues to have record low snowpack," said David Garen, a hydrologist for USDA's National Resources Conservation Service. "March was warm and dry in most of the West; as a result, snow is melting earlier than usual."

Historically, April 1 is the peak snowpack. But this year, the peak came earlier because there was very little snow accumulation in March and much of the existing snow had already melted. Streamflow will be reduced even sooner in spring and summer, leaving reservoirs—already well below average in many areas—that much more depleted, the report finds. As of April 1, reservoir levels are below average in at least five western states: Arizona, Nevada, New Mexico, Oregon and Utah," according to Reuters. That doesn't include California, which NASA scientist Jay Famiglietti said has about a year's supply of water in its reservoirs.