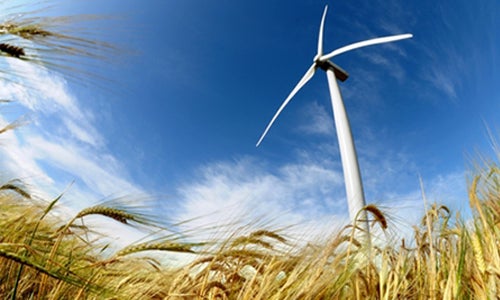 I hope you didn’t leave 2014 without realizing there have been notable—often underreported—big capital market breakthroughs on climate change, water protection and other sustainability fronts. Stock exchanges requiring company disclosure on sustainability risks or bonds backed by electricity payments from solar rooftop panels may not at first glance seem compelling, but these are the mechanisms that move markets and help build a more sustainable future. 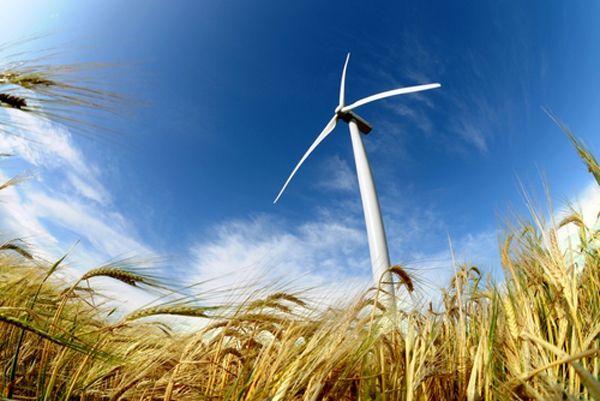 Producing energy at a cost equal to conventional fossil fuel sources is the Holy Grail for wind and solar energy producers, and that day is arriving. Photo credit: Shutterstock

Now as we head into 2015, it’s worth taking a moment to shine a light on key areas of progress.

2. Energy storage is a critical cog in large-scale deployment of renewable energy. That’s why it’s a big deal that Southern California Edison announced contracts last month for more than 260 megawatts of energy storage, five times more than what the state’s utilities commission required. Among the companies selected: Ice Energy, which installs rooftop devices called Ice Bears that freeze water in 450-gallon pots. The devices run at night when temperatures are lower so making ice is easier; during peak hours, the ice is used for space cooling.

3. After many months of warnings, the financial industry is waking up to the oil industry’s potentially wasteful spending on development of new fossil fuel reserves when global oil demand is weakening and carbon-reducing trends are taking stronger hold. In a stunning recent analysis, Goldman Sachs found nearly $1 trillion of oil projects at risk due to shrinking demand and plummeting oil prices. Among the potential “zombie projects”: expensive Arctic oil, deepwater drilling and Canada’s oil sands.

4. Nearly a dozen stock exchanges, including Singapore and Taiwan, are requiring disclosure from listed companies about what they are considering and doing to manage sustainability risks such as climate change and water scarcity. This is a big deal because it’s a basic management dictum that if you’re not disclosing a particular risk, you’ll never be able to manage it. Nearly 7,000 companies already produce annual sustainability reports through GRI, but this can help capture the 70,000 plus companies that don’t yet. NASDAQ, a key partner in a Ceres-led effort to unify investors and global exchanges on this issue, is considering a similar move.

5. San Francisco’s water utility is giving new meaning to “love that dirty water” by allowing building owners and developers to produce and exchange onsite water with each other—a radical departure from traditional monopolistic water utility models. It’s paying up to $500,000 to developers who can produce water onsite—including gray water, rainwater or stormwater—for use by other entities in the city. The utility’s own headquarters is living proof of the benefits of onsite water systems: It uses 60 percent less water than comparable-size buildings with an additional construction cost of less than 1 percent.

6. U.S. farmers are among the most productive in the world, but that productivity comes at a huge cost: Their practices are not sustainable, especially in regard to pollution and water use. That’s why it’s encouraging to see Field to Market, a public/private partnership that includes Unilever, General Mills and Procter & Gamble, announce an ambitious effort to accelerate sustainable growing practices on 20 percent of the nation’s farmland—50 million acres—by 2020. The colossal corn sector—the U.S.’s biggest commodity crop by far—will be a top priority.

7. Standard & Poor’s and Moody’s are making big changes in how they scrutinize water systems that borrow money—via bonds—for major water infrastructure projects. If the changes are finalized next year, these critical credit-rating agencies will include climate risks in evaluating water utility bonds. The changes—which Ceres has been advocating since publishing a report on water bond risks several years ago—send an important signal that water systems may get higher credit ratings if they invest in systems more resilient to drought and flooding, and lower ratings if they are especially vulnerable to extreme weather. A higher credit rating can mean lower interest rates, which translates to more affordable consumer water bills.

8. Producing energy at a cost equal to conventional fossil fuel sources is the Holy Grail for wind and solar energy producers, and that day is arriving. Austin Energy signed a deal last spring for 20 years of output from a solar farm at about 5 cents per kilowatt-hour, which is 1 to 2 pennies less than utility-scale coal or natural gas power. Meanwhile, American Electric Power has signed long-term commitments for 2,500 megawatt of wind power, most of it in Texas and other parts of “wind alley” in the Midwest.

9. Bonds are lifeblood for any company that wants to raise capital so it can grow. Solar company execs have talked for years about selling bonds backed by solar electricity contracts, but it’s been hard to pull off. That all changed when solar installer SolarCity got the go-ahead from Standard & Poor’s to issue first-ever bonds backed by electricity payments from its solar rooftop panels. The company has since issued more than $300 million of bonds, including $201.5 million sold in July with interest rates ranging from 4 to 5.45 percent.

These capital market breakthroughs are in line with what Ceres has been working on since launching 25 years ago and will help catalyze sustainability across entire industries and the broader economy.

Looking into 2015, I have some wishes: a U.S. stock exchange adopting a sustainability listing standard; the green bond market eclipsing $100 billion a year; and the U.S. Environmental Protection Agency finalizing its carbon-reducing rule for existing U.S. power plants.