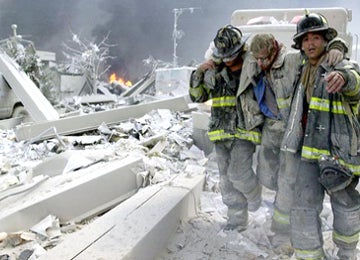 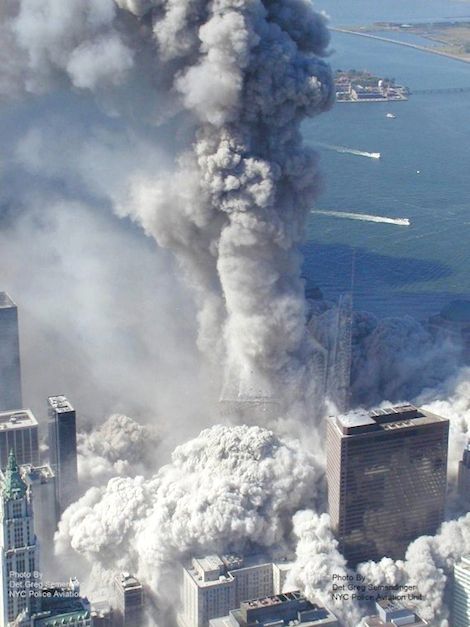 The U.S. Environmental Protection Agency (EPA) scientist who raised the alarm about dangers to First Responders and residents at the World Trade Center conflagration has received a proposed removal more than a year after a federal civil service court ordered her returned to work, according to Public Employees for Environmental Responsibility (PEER). EPA re-filed the same charges from 2010 which had been thrown out for violations of her constitutional due process rights.

Dr. Cate Jenkins, a senior chemist with more than three decades of agency tenure, publicly charged that due to falsified EPA standards, First Responders waded into dust so corrosive that it caused chemical burns deep within their respiratory systems. After raising the issue to the EPA Inspector General, Congress and the FBI, Dr. Jenkins was isolated, harassed and ultimately removed from her position on Dec. 30, 2010 by EPA, based upon an un-witnessed and contested claim that the soft-spoken, petite childhood polio survivor threatened her 6-foot male supervisor.

In a ruling dated May 4, 2012, the Merit Systems Protection Board (MSPB) unanimously vacated Dr. Jenkins’ termination and ordered that she be fully restored and given back pay with interest. Rather than return her to work, however, EPA kept her on paid administrative leave for over a year before re-filing the charges against her on Aug. 27. However, the MSPB had ruled that EPA could not re-file the charges if Dr. Jenkins established that they were retaliation for her whistleblowing, and that she must be given the opportunity to do so.

“These charges against Dr. Jenkins never made any sense but what makes even less sense is the EPA decision to re-bring them even before a decision has been made on her still-pending retaliation claims and in direct contradiction to the language of the MSB order,” stated PEER Senior Counsel Paula Dinerstein, who, along with PEER Counsel Kathryn Douglass and private attorney Mick Harrison, represents Dr. Jenkins, and is seeking to have the new charges quashed. “EPA’s decision once again to attempt to fire Dr. Jenkins is further suspect given the historic context of EPA Region 2’s (New York) explicit attempt to gag Dr. Jenkins and the political editing by the White House to delete warning language from an EPA press release after 9/11,” said Harrison.

EPA repeatedly failed to provide Dr. Jenkins’ legal team with required discovery on a number of issues, especially the apparent high-level collusion to remove her. For example, one agency document recently produced was from then-Administrator Lisa Jackson sending a news clip about the MSPB reversal of Dr. Jenkins’ firing from her personal email account to her now-famous Richard Windsor pseudonym account and then forwarded to her top deputy with this cryptic message: “Have you been briefed on this by Craig?”

“The evidence we have assembled shows a high-level involvement in instigating and pursuing these dubious allegations,” Dinerstein added, noting that starting in October 2001, Dr. Jenkins also revealed EPA and New York City’s falsifications of asbestos levels and standards. Earlier, starting in 1990, Dr. Jenkins disclosed the manipulation of studies on workers exposed to dioxin, contained in Agent Orange, which had been used to deny Vietnam veterans health benefits. “Dr. Jenkins’ actions following 9/11 took courage and deserve our gratitude.”

Meanwhile, EPA has not corrected the mistakes it made on 9/11. In 2011, PEER on Dr. Jenkins’ behalf filed a formal rule-making petition demanding that EPA dramatically tighten its corrosivity standard so that responders would be alerted to use personal protection equipment to prevent lung and respiratory tract damage. The petition would bring the U.S. into line with standards in force in the European Union, Canada and adopted by the United Nations since at least 1970. EPA has yet to respond.