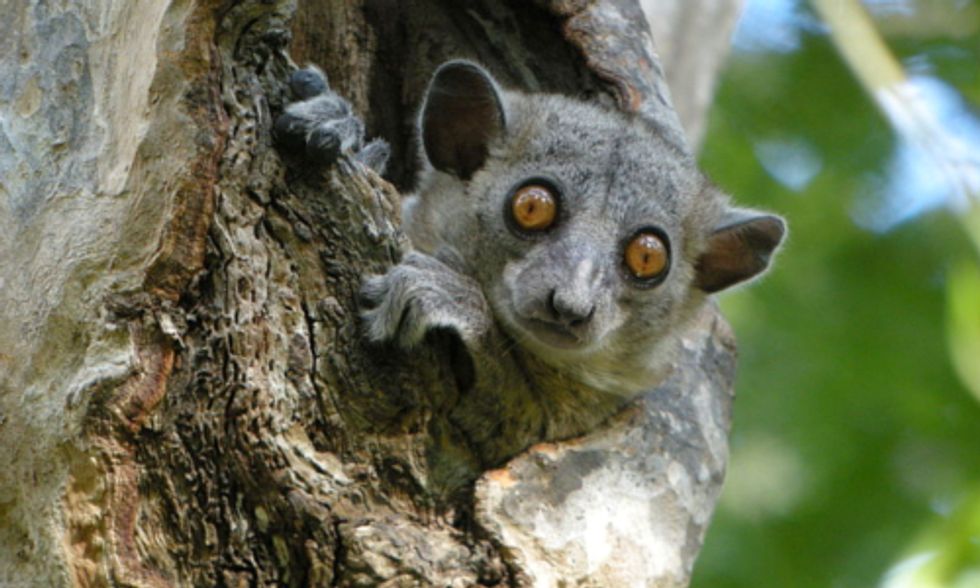 There are only 20 sportive lemur (above) individuals left in Madagascar and none of them are in protected areas. Photo credit: Wikimedia Commons

Dr. Oscar Venter, a Post Doctoral Research Fellow in JCU’s School of Marine and Tropical Biology, led a team of scientists from the Wildlife Conservation Society (WCS), the University of Queensland, Stanford University, BirdLife International, the International Union for Nature Conservation and other organizations in the study.

The study found that 85 percent of world’s 4,118 threatened mammals, birds and amphibian species are not adequately protected in existing national parks, and are therefore vulnerable to extinction in the near term.

Dr. Venter said the new findings were a clear warning. “The world’s protected areas are not safeguarding most of the world’s imperiled biodiversity, and clear changes need to be made on how nations undertake future land protection if wildlife is going to be saved.”

“These findings come at a time when countries are working toward what could become the biggest expansion of protected areas in history,” Dr. Venter continued. “Our study shows that existing protected areas are performing very poorly in terms of protecting the world’s most threatened species. This is concerning, as protected areas are meant to act as strongholds for vulnerable species, which clearly they are not.”

The 193 national signatories of the Convention of Biological Diversity (CBD) made a global commitment in 2010 to increase the world’s terrestrial protected area network from 13 to 17 percent by the year 2020.

However, by using computer models to simulate scenarios for future protected expansion, the researchers discovered that these new parks could still miss most of the world’s unprotected biodiversity.

“Our findings clearly demonstrate that if future protected area expansion continues in a ‘business-as-usual’ fashion, threatened species coverage will increase only marginally,” said James Watson, WCS’s climate change program director, a Principle Research Fellow at the University of Queensland and senior author on the study.

“The problem is that countries tend to favor land that is cheap to protect when establishing new parks, instead of focusing on land that is important for wildlife,” Watson said. “Cheap is easy, but we show that it doesn’t do much for conserving imperiled species.”

The researchers found the key to safeguarding the world’s most at-risk fauna and flora was to link threatened species coverage to protected area expansion, which would combine two of the commitments made by the parties to the CBD, known collectively as the Aichi Targets.

“By formalizing the interdependence of protecting both wild terrestrial areas and threatened species, we can greatly increase the chances of maintaining Earth’s biological diversity for future generations,” said Professor Hugh Possingham of the University of Queensland. “When these goals are combined, countries are much more likely to create new parks in biologically threatened areas, which will lead to long-term dividends for global conservation.”

“There’s no getting around it,” Dr. Venter said. “Parks are simply unable to perform the important task of conserving species unless they are established with that intention in mind. But when imperiled species are targeted, we discovered that many cost-efficient options emerged for including them within new parks.”