8 Ways Tomatoes Are an Anti-Aging Superfood 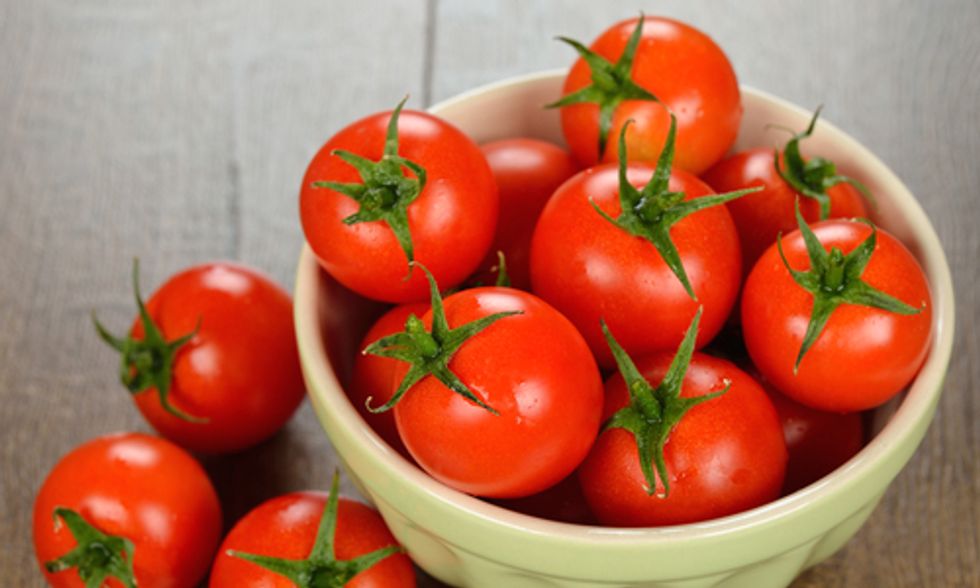 When most people think of tomatoes they think of pasta and pizza, not necessarily their ability to keep people looking and feeling younger. But tomatoes are an anti-aging superfood that deserves a place in the diet of anyone interested in maintaining healthy skin, preventing age-related diseases like osteoporosis, and even preventing cancer.

1. Lycopene found in tomatoes is one of the compounds known collectively as carotenoids. A large volume of research has shown for decades that carotenoids help protect skin against sun damage.

2. The incidence and risk for most types of cancer tends to increase with age. Research in the CMAJ: the Canadian Medical Association Journal found that the risk of serious chronic diseases like cancer is reduced with increased tomato consumption. Although lycopene has been credited, the scientists found that other nutrients in tomatoes may play a role.

3. Lycopene, widely considered the most potent antioxidant of the carotenoids, is a powerful antioxidant that not only protects against UV damage it also helps protect against damaging bacteria.

4. Lycopene also appears to strengthen skin by inhibiting the activity of collagenases—enzymes involved in the breakdown of collagen in the skin. Collagen helps ensure the firmness and elasticity of your skin and prevents wrinkling.

5. When scientists analyzed the tissue and blood levels of lycopene in subjects, they found that those people with high levels of this nutrient, primarily found in tomatoes in the Western diet, had a lower risk of chronic diseases.

6. Lycopene keeps your teeth and gums healthy. In studies it has shown antibacterial and antifungal properties and specifically aided tooth and gum health.

7. Thanks again to their rich lycopene supply, tomatoes can help protect our bodies against the effects of toxins, especially aflatoxins (a type of mold often found in peanuts and peanut butter) and cadmium, which is found in cigarette smoke, second-hand smoke and frequently in air pollution.