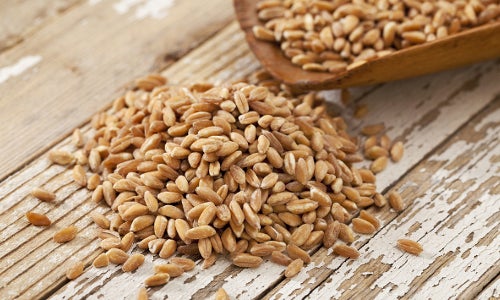 Very likely you’ve been hearing a lot more about grains like quinoa, barley and spelt in the last few years. You’ve probably seen them cropping up on the menus of the sorts of restaurants that focus on healthy, organic, sustainably grown and raised foods. Americans are falling in love with these “ancient grains,” reports BBC News. 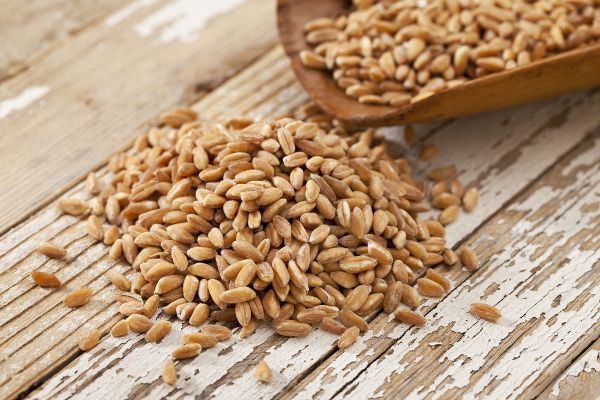 Along with other lesser-known grains like kamut, amaranth and teff, they comprise a group of staple crops that have been grown for thousands of years in Africa, Asia, the Americas and the Middle East. They’ve exploded in popularity in recent years as Americans start to turn away from over-processed wheat-based foods and look for healthier alternatives. Most offer a high amount of fiber, along with various nutrients that are refined out of bleached white wheat. Many are gluten-free.

“It’s been a positive perfect storm for these ancient grains,” Cynthia Harriman, director of food and nutritional strategies for the Whole Grains Council, told BBC News. “They fit with our desire to look for a superfood, a magic bullet we should be eating.”

According to the Whole Grains Council, a whole grain “contains all the essential parts and naturally occurring nutrients of the entire grain seed in their original proportions. If the grain has been processed (e.g., cracked, crushed, rolled, extruded and/or cooked), the food product should deliver the same rich balance of nutrients that are found in the original grain seed.” The organization says their benefits include reduced risk of stroke and heart disease, protection against cancer, asthma and Type 2 diabetes, and help in regulating blood pressure and weight.

So what are some of these supergrains and what do they offer?

1. Amaranth has been grown in the Americas for more than 8,000 and was favored by the Aztecs, who used it in religious ceremonies as well as in their diets. It’s now grown around the world. With 13-14 percent protein and three times the average amount of calcium, it outdoes most other grains in those areas. It contains iron, magnesium, phosphorus and potassium, and it’s the only grain to contain vitamin C. It’s also gluten-free.

2. Barley, a staple since ancient times, is the grain highest in fiber with an average of 17 percent and one variety as high as 30 percent. It’s high in antioxidants, vitamins and minerals like manganese, selenium, and thiamine, but should be eaten with the bran layer to retain its nutritional value, which “pearl barley,” commonly eaten in the U.S., loses.

3. Emmer, also known as farro, is an ancient strain of wheat that originated in the Middle East; it was a staple in ancient Rome. Chewy and nutty, it’s high in fiber, Vitamin B and zinc, and likely contains more antioxidants than modern wheat.

4. Kamut is actually a brand name for khorasan wheat, supposedly originating in ancient Egypt although more recently raised in the Pacific northwest. Like all whole grains, it’s high in fiber, as well as protein and minerals, such as selenium and manganese.

5. Millets are a constellation of whole grains that are staples in many parts of the world including India, China, Russia, the Himalayas and some African countries. It’s high in proteins and antioxidants, and it’s got an especially large amount of magnesium. It can be ground to use as flour for an excellent gluten-free baking alternative.

6. Quinoa, originating in the Andes, has almost become commonplace among health food adherents. It’s full of minerals (the highest of all grains in potassium), protein and healthy fats, and it’s gluten-free as well. It’s one of the only plant foods that’s a complete protein, containing all nine essential amino acids in a healthy balance.

7. Spelt is a variety of wheat that fell out of favor because it’s not as conducive to industrialized farming as common wheat. But it’s much higher in protein than the wheats we normally eat. It’s 58 percent carbs and a good source of niacin, phosphorus, iron, zinc and vitamin B6.

8. Teff, a mainstay of diets in Ethiopia and popular in surrounding African countries as well, has the highest calcium content of any grain. It’s actually a variety of millet that’s easy to grow in diverse climates and under unpromising conditions and has a sweet, molasses-like taste. It’s also gluten-free.

The Whole Grains Council has much more information on the backgrounds of these grains, where to find them and how to use them.