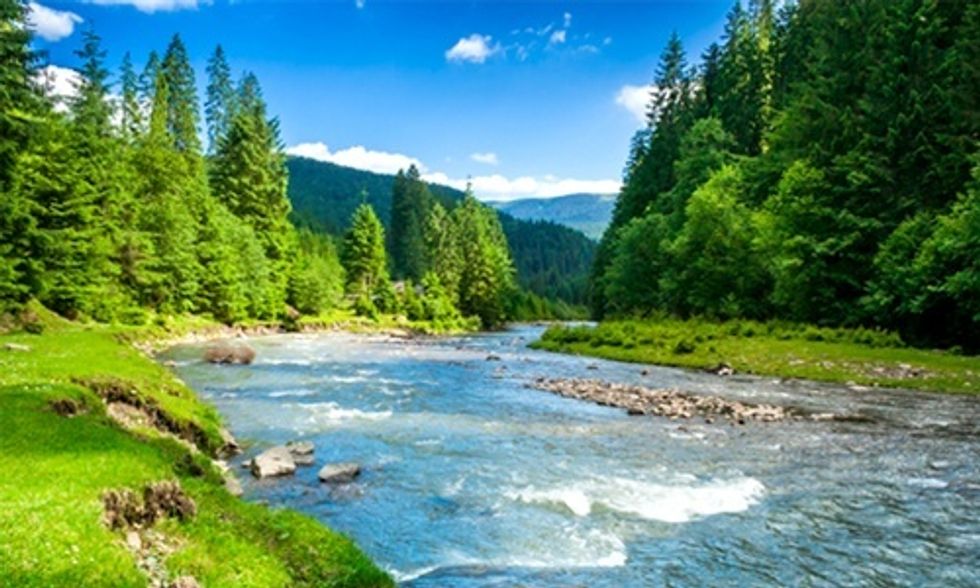 The U.S. Environmental Protection Agency (EPA) and the U.S. Army Corps of Engineers (Corps) final “Clean Water Rule” issued on Wednesday reduces the agencies’ jurisdiction to protect waters that have been covered under the Clean Water Act (CWA) since the 1970s. The final rule contains some very serious negative provisions including not protecting streams and rivers that have historically been protected under the CWA, exempting industrial-scale livestock facilities, and allowing streams and rivers to be impounded or filled with toxic coal ash and other waste.

“The final rule inexplicably rolls back protections for streams and rivers, which feed into our water supplies,” said Marc Yaggi, executive director of Waterkeeper Alliance. “Since only waters that are included within the final rule can be protected under the core water quality protections and pollution prohibitions of the Clean Water Act, it is frightening to think what this will mean for the tributaries that are no longer covered.”

Strong clean water laws are essential to restoring our nation’s waters, which are still polluted 43 years after passage of the Clean Water Act. Recent reports from the states to U.S. EPA show that more than 78 percent of assessed bays/estuaries and 53 percent of assessed streams/rivers in the U.S. are unsafe for fishing, drinking or swimming. The Science Report that underlies the final rule demonstrates that all tributaries need to be protected because “Tributary streams, including perennial, intermittent and ephemeral streams, are chemically, physically and biologically connected to downstream waters, and influence the integrity of downstream waters.” However, the agencies stated that they are not “dictated” by the peer-reviewed science, and are reducing protection for tributaries regardless of the science.

Lake Erie, Chesapeake Bay, the Gulf of Mexico, North Carolina’s coastal estuaries, Puget Sound and many other significant water resources across the country are severely polluted and, in order to restore these waters, it is necessary to control the discharges of pollutants into the smaller waterways that feed into them. For example, tributary streams in the uppermost portions of the Gulf and Bay watersheds transport the majority of nutrients to the downstream waters.

“From the smallest tributary, to the mightiest river, to our lakes, bays and ocean, clean water connects us to many valuable resources. Maintaining legal protection is essential for safeguarding public health and the environment, including drinking water supplies, recreation and fisheries,” stated Chris Wilke, Puget Soundkeeper in Seattle, Washington. “The narrowing of jurisdiction proposed by the EPA and the Corps is not supported by sound science or legal precedent.”

Reducing the jurisdictional reach of the Clean Water Act will also likely impact endangered species. For example, many salmon in the Pacific Northwest use drainage ditches and other minor tributaries during their lives. Ephemeral aquatic habitats are important habitats for endangered frogs, insects and crustaceans like vernal pool fairy shrimp. Removing these water features from the Clean Water Act’s jurisdiction will mean that these areas could be degraded more easily without proper mitigation being implemented to protect endangered species.

“The EPA’s new clean water rule fails to protect far too many of our waterways, endangering the health of both people and wildlife,” said Brett Hartl, endangered species policy director at the Center for Biological Diversity. “Without the full protection of the Clean Water Act, critical wetland habitats across the country will be degraded or destroyed, undermining the recovery of dozens of endangered species.”

The U.S. EPA also wrote into the new rule an exemption that would allow polluters to dam up mountain streams to form waste lagoons that would not be subject to the protections of the Clean Water Act. More than 30 years ago, when the definition was last revised, the agency inserted the exclusion as a footnote, after the rule had been finalized. Because the provision was added after public comments had been accepted, the public never had an opportunity to provide input on the revision. The agency elevated the waste-treatment system exclusion from a footnote into the main body of the rule updates it proposed in 2014, while declaring that it would not consider comments regarding this repositioning of the provision because the change was merely “ministerial.”

Pete Harrison, staff attorney for Waterkeeper Alliance added: “This maneuver was deliberate slight of hand by the EPA, designed to cheat the public out of the opportunity to comment that the agency promised 30 years ago when it unilaterally and illegally inserted the exclusion in the first place.”

6 Reasons to Celebrate the Signing of the Clean Water Rule