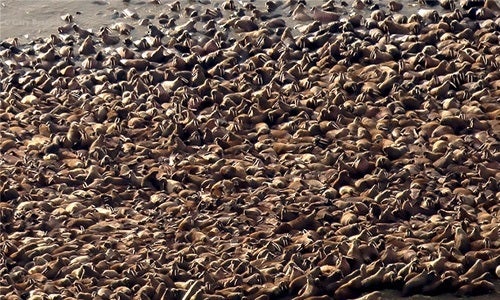 Thousands of Pacific walrus are coming ashore on the northwest Arctic coast of Alaska, repeating a migratory change for the walrus which U.S. Geological Survey (USGS) scientists have called a clear effect of loss of Arctic Ocean sea ice on which the animals rely. As the walrus swim south from the preferred but now ice-free feeding ground, Hanna Shoal in the Chukchi Sea, many are passing close enough to the flotilla of Shell Oil ships on its drill site to be seen from the ships.

James MacCracken, supervisory wildlife biologist, U.S. Fish and Wildlife Service said in an Aug. 28 press conference call, “We are getting reports from Shell daily” of walrus near the ships and rigs and the talley so far is “700 walrus” seen by observers. When asked if all operations around the walrus by Shell are within the guidelines set by Interior Department regulation, MacCracken said, “Yes.” This is the first confirmation that protected sea mammals are swimming through the Burger oil leases which Shell just got permission to deep drill. Observers, paid by Shell, are required by Shell’s permit to perform drilling and other activities which might disturb or injure sea mammals. More information to come on this. 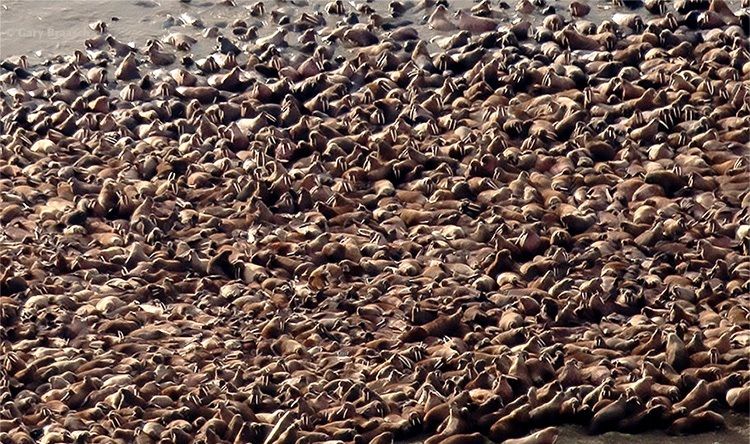 The press conference was also the first direct acknowledgement by the U.S. agencies in charge of studying and protecting the mammals that a new haul out had begun—nearly a week after the event actually started and only three days before President Obama begins his tour of Alaska focusing on rapid climate change. Gary Braasch made the first photos of the haul out at about 7 p.m. on Aug. 23, after seeing on USGS maps of locations of geotagged walrus that several were stationary in the Point Lay area. 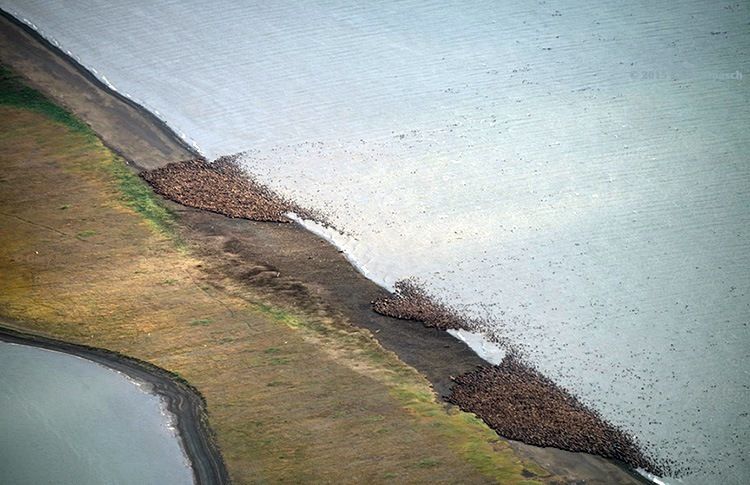