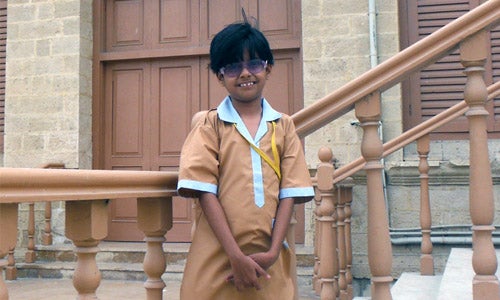 A 7-year-old girl, Rabab Ali, through her father and pro bono environmental attorney Qazi Ali Athar, and on behalf of all the Pakistani people, filed a climate change lawsuit Tuesday against the Federation of Pakistan and the Province of Sindh in the Supreme Court of Pakistan. The Constitution Petition asserts that, through the exploitation and continued promotion of fossil fuels, in particular dirty coal, the Pakistan and Sindh governments have violated the Public Trust Doctrine and the youngest generation’s fundamental constitutional rights to life, liberty, property, human dignity, information and equal protection of the law. 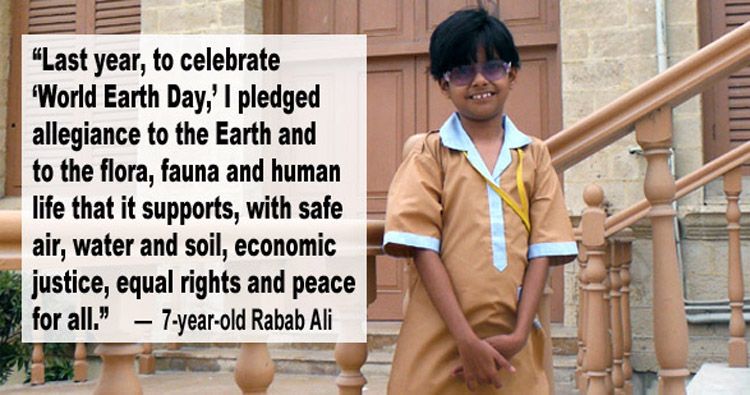 “The protection of these inalienable and fundamental rights is essential if we are to have any chance of leaving our children and future generations with a stable climate system and environment capable of sustaining human life,” said Qazi Ali Athar, public interest environmental attorney representing his daughter as youth petitioner in the case.

“Pakistan is rich in renewable energy resources such as solar and wind, more than enough to meet the energy needs of current and future generations of Pakistanis. Yet the federal and provincial governments of Pakistan, along with the vested interests in the country and the region, are exploiting Pakistan’s most environmentally degrading and carbon intensive fuels—low-grade coal from the Thar Coal Reserves—in violation of the Pakistani people’s constitutionally protected fundamental rights.”

The petition details how the Pakistan government has acknowledged the particular vulnerability of Pakistanis to the effects of climate change, including the increasing frequency and severity of extreme weather events such as heat waves, droughts, flooding and cyclones. The government has also recognized, in the National Climate Change Policy (NCCP) and the Framework for Implementation of Climate Change Policy (Framework), Pakistan’s “role as a responsible member of the global community in combating climate change … giving due importance to mitigation efforts.”

And in Pakistan’s Intended Nationally Determined Contribution (INDC) submitted in December 2015 prior to the climate talks in Paris, the government admitted, “Potential for mitigation exists in all sectors of [Pakistan’s] economy” and made the commitment that “Pakistan will promote and support low-carbon, climate resilient development.” Yet, completely antithetical to these statements and in violation of the fundamental rights of the people of Pakistan, the government, in its own climate change policy documents and Pakistan’s INDC, promotes and plans for a significant increase in Pakistan’s CO2 emissions through the exploitation of large untapped low-grade coal reserves.

Ali hopes that by bringing this petition, her government will start doing its share “as a responsible member of the global community” in reducing atmospheric CO2 and achieving global climate stabilization and that the Supreme Court will order the government to develop and implement science-based mitigation actions, tiered to achieving such a goal, as part of the NCCP, Framework and INDC. The petition includes the prescription for achieving global climate stabilization from the renowned climate scientist, Dr. James Hansen, which says that to restore a stable climate system, the dangerous levels of CO2 currently in our atmosphere must be reduced to below the maximum safe level—350 ppm atmospheric CO2—by the year 2100.

“Last year, to celebrate ‘World Earth Day,’ I pledged allegiance to the Earth and to the flora, fauna and human life that it supports, with safe air, water and soil, economic justice, equal rights and peace for all,” said Youth Petitioner Ali. “I want my government to take a similar pledge, by creating a plan that will allow me and future generations a safe environment to grow up in.”

“Youth are rising up globally and taking their governments to court to seek protection of their inalienable rights to a stable climate system,” said Julia Olson, executive director for the nonprofit organization Our Children’s Trust and lead counsel on a climate lawsuit brought by 21 young people against the U.S. government. “This case filed today in Pakistan builds on similar cases brought by young people in Uganda, Ukraine and the U.S. Our Children’s Trust is working in partnership with young people around the world to elevate their voices and provide them with legal and scientific support, including youth who are mobilizing in India, Canada, France, England, Australia and elsewhere. This youth legal movement is growing.”

“This bold action is indeed evidence of a global movement of citizens demanding science-based climate action from their governments, which the Paris agreement did not achieve,” said Roger Cox, attorney for URGENDA who recently secured a court order in the Netherlands ordering the Dutch government to decrease emissions. “Like the court found in our Dutch case, governments have a duty to safeguard the climate for present and future generations. Valuable legal precedents are being set that will hopefully become an avalanche of successful climate change court cases against governments worldwide. In the absence of sufficient political action to tackle the climate crisis, courts have the authority and the constitutional duty to prevent and protect society from climate change related damages, casualties and infringements of fundamental rights and civil liberties. What courts do in these cases will have implications for the rest of the world and for the degree of climate change we will all face in the years to come.”