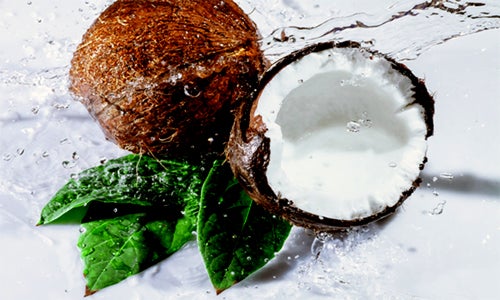 As anyone who has ever stepped inside a Whole Foods can attest, “sustainability” and “health” are carefully crafted to be marketable, palatable and ultimately profitable. Chugging coconut water and kombucha is healthy because, well, it says so on the bottle. But a closer look at trendy health food products shows they are not quite as close to perfection as their marketing suggests.

What people put in their mouths is their own business, and there isn’t a right or wrong way to eat. That said: when we stock up on “superfoods,” we may be telling the world that our commitment to maintaining healthy antioxidant levels makes us hip and healthy, but our shopping habits may be fueled by misconceptions of the health benefits of these foods as well as ignorance of their environmental and social impact.

Here are some trendy health foods that have questionable effects on your body and the world. 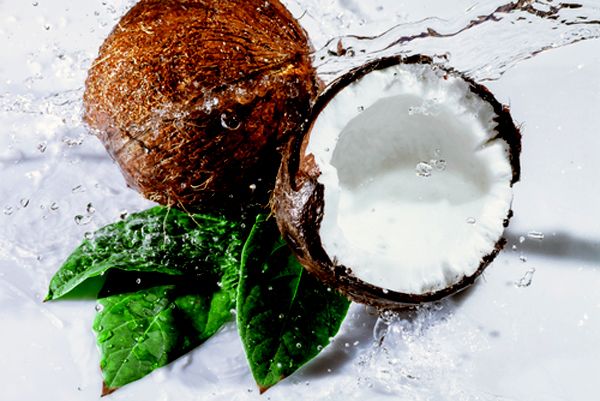 People all over the world have been drinking coconut water since long before American health food stores discovered the naturally hydrating, miracle drink and started marketing it as an “all-natural Gatorade” and post-yoga beverage. At one time, leading brand VitaCoco’s claim that coconut water had 15 times the electrolytes of a sports drink was one of the selling points that helped fuel a $500 million industry, according to Mother Jones. A 2011 class-action lawsuit forced the popular brand to rewrite some of its overblown claims.

The industry is also environmentally irresponsible. Much of the coconut water consumed in the U.S. comes from Indonesia and the Philippines, and shipping this drink around the world, releasing carbon emissions in the process, isn’t a sustainable environmental practice. Neither are some coconut farms’ labor practices. Back in 2012, Time reported that coconut farmers are at the bottom of the coconut water supply chain. Coconut farmers reportedly receive only a small portion of the product’s revenues: “Most growers across Asia sell to middlemen, who then resell the coconuts to factories for as much as 50 percent more … the increasing demand for coconut water and oil has yet to translate into higher coconut prices due … to the fact that the young industry is still dominated by a few large companies.”

Nutritionally speaking, almonds are nearly a perfect food. According to David Jenkins, professor and research chair of nutrition and metabolism at the University of Toronto, almonds carry “idyllic” levels of monounsaturated fats and cardiac benefits due to the nuts’ high concentration of vitamin E, fiber and antioxidant phytochemicals. California’s multi-billion-dollar almond industry is doing quite well. But the demand for almonds, particularly in the form of almond milk, presents several economic and ecological problems.

It takes over a gallon of water to produce a single almond, and California, the nation’s leading almond producer, is in the midst of its worst drought in recent history. The water-intensive nature of farming almonds and producing almond milk endangers king salmon habitats in northern California’s Klamath River, as NPR’s Alastair Bland reported. According to Bland, if more water is not released into the river soon, the salmon face the danger of gill rot. Unfortunately for the salmon, California doesn’t have water to spare. Almond milk is often used as a substitute for dairy, and it’s not like the dairy industry is a paragon of environmental purity. It seems opting out of milk and milk-like products may be the healthiest option for the Earth.

Quinoa’s increased popularity in the U.S. hurts indigenous Andean cultures in quinoa-producing countries like Peru and Bolivia. Called a “miracle grain of the Andes,” quinoa became the complete protein of choice for vegans and many others, “a healthy, right-on, ethical addition to the meat avoider’s larder (no dead animals, just a crop that doesn’t feel pain),” as the Guardian’s Joanna Blythman writes. Consequently, the price of quinoa in Andean countries has gone up, and poorer people who have traditionally depended on the grain as a staple food can no longer afford it. “The quinoa trade is yet another troubling example of … well-intentioned health and ethics-led consumers here unwittingly driving poverty there. It’s beginning to look like a cautionary tale of how a focus on exporting premium foods can damage the producer country’s food security,” Blythman concludes.

Tom Philpott of Mother Jones explains, “Goji berries … are indeed loaded with phytochemicals, plant compounds that seem to protect us from heart disease, brain deterioration and cancer … Other boasts are, well, less true: Açaí and goji berries are not really miracle cures for everything from obesity to sexual dysfunction.” Also, Goji berries are primarily grown on industrial plots in China, despite being labeled a “Himalayan superfruit.” Is anything a regular fruit anymore? 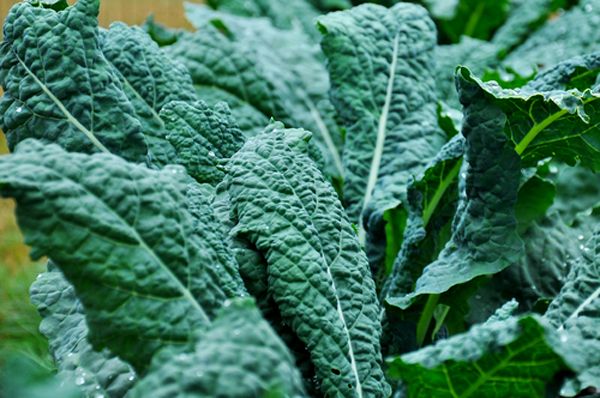 Despite being touted as the leafy green cure-all, excessive kale consumption may present health problems.

Despite being touted as the leafy green cure-all, excessive kale consumption may present health problems. According to Oregon State University’s Micronutrient Information site, kale has been shown to cause or aggravate symptoms of hypothyroidism: “Very high intakes of cruciferous vegetables … have been found to cause hypothyroidism (insufficient thyroid hormone) … Two mechanisms have been identified to explain this effect. The hydrolysis of some glucosinolates found in cruciferous vegetables (e.g. progoitrin) may yield a compound known as goitrin, which has been found to interfere with thyroid hormone synthesis.”

For those who aren’t at risk of developing a thyroid issue, kale does have many nutritional benefits including high amounts of fiber, calcium, vitamin C and cancer-preventing antioxidants.

A juice cleanse is probably one of the most misguided, nutritionally unsound and uncomfortable health fads a person could ever subject herself to. In theory, the purpose of undergoing a juice cleanse is to boost the immune system, fight degenerative diseases and “cleanse” the body by denying it food. No longer weighed down by food, juice-cleansers are supposed to feel restored mental clarity and energy. However, “detox” may also include a laundry list of unpleasant symptoms like fatigue, headaches, nausea, strangely colored bowel movements and dry mouth, among others.

Possibly the most dangerous and unfounded theory behind juice cleansing is the idea that the body needs cleansing at all, suggesting that bodies can be “clean” or “dirty.” According to biologists Steven Swoap and Daniel Lynch of Williams College, as told to Elizabeth Preston of Inkfish, the body “does its own cleansing via your kidneys and liver. The wastes and unwanted materials those organs filter out leave you via the toilet … Depriving yourself of calories doesn’t make the process go any faster.”

At around $60-$90 per day, juice cleanses don’t come with any proven health benefits and probably aren’t anything more than an expensive way to starve yourself. And if weight loss is the goal, a juice cleanse won’t help with that either: fasting slows the metabolism, making it even more difficult to lose weight.

Contrary to what clay-eating celebrities like Shailene Woodley might believe about the supposed body-cleansing benefits of clay, ingesting clay is extremely unsafe. Earlier this year, actress Woodley explained her clay-based “detox diet” to David Letterman: “Clay binds to other materials in your body and helps your body excrete those materials that aren’t necessarily the best for you.”

Woodley further elaborated on Into The Gloss: “My friend started eating it and the next day she called me and said: ‘Dude, my shit smells like metal!’ She was really worried, but we did some research together and everything said that when you first start eating clay your bowel movements, pees and even you, yourself, will smell like metal.”

Paul Mackey, creator of the “living clay” product Woodley was referring to, claims “the benefits of clay’s ‘full-body detoxification’ are nothing short of amazing. It builds one’s immune system, balances PH levels and allows the body to naturally heal itself and fight off future disease.” Members of the medical community aren’t convinced. In a conversation with the Huffington Post, Dr. David L. Katz said that “removing metal from the body is not necessarily good—iron, for example, is a metal and essential to health. So there could conceivably be benefits, but there could certainly be harms.”

Eating clay could cause bowel obstruction, death, and other health problems associated with eating dirt, or anything that is not fit for human consumption. Clay is not a food.

Pledge to Eat Local and Organic on Thanksgiving