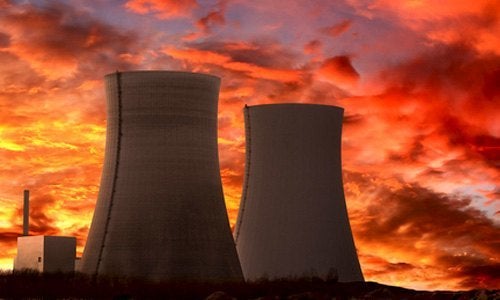 Seven top Nuclear Regulatory Commission (NRC) experts have taken the brave rare step of publicly filing an independent finding warning that nearly every U.S. atomic reactor has a generic safety flaw that could spark a disaster.

The warning mocks the latest industry push to keep America’s remaining 99 nukes from being shut by popular demand, by their essential unprofitability, or, more seriously, by the kind of engineering collapse against which the NRC experts are now warning. 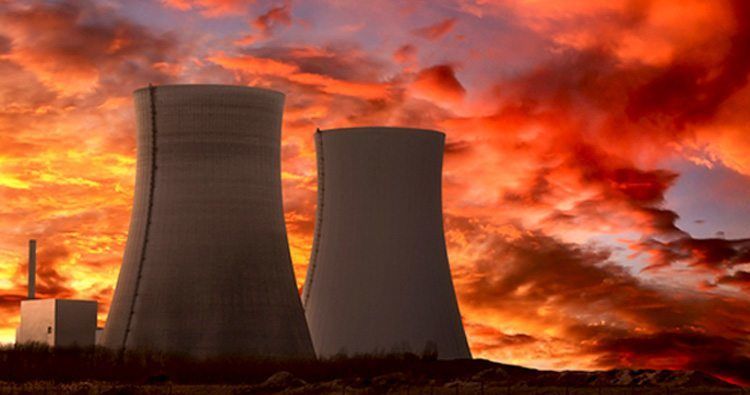 According to Reuters, the NRC engineers worry the flaw leaves U.S. reactors “vulnerable to so-called open-phase events in which an unbalanced voltage, such as an electrical short, could cause motors to burn out and reduce the ability of a reactor’s emergency cooling system to function. If the motors are burned out, backup electricity systems would be of little help.”

As of Jan. 1, the world has more installed wind capacity than nuke. More than $360 billion was invested last year in renewables, dwarfing new reactor investments.

A small but well-funded band of reactor proponents has been pushing nukes as a solution to climate change. That idea was buried at recent global climate talks in Paris, where a strong corporate pro-nuke push went nowhere.

So some key industry supporters have shifted their efforts to keeping the old reactors open, which is where it gets really dangerous.

Each of the 99 remaining U.S. reactors is in its own particular state of advanced decay. All are based on technology dating to the 1950s, and all but one are at least 30 years old.

Ohio’s Davis-Besse has a shield wall that is literally crumbling.

The operating licenses have expired for two reactors at Indian Point, north of New York City, where tritium leaks, massive river pollution and a wide range of safety issues have prompted Gov. Andrew Cuomo to petition for their shut-down. Like numerous other U.S. reactors, Indian Point has been out of compliance with basic fire safety regulations for many years.

At California’s Diablo Canyon, veteran NRC resident inspector Michael Peck was transferred after warning the commission that these two huge nukes could not withstand the shocks that might be delivered by the dozen earthquake faults near which they sit. Peck’s report was ignored. It only became public after an intense independent investigation by Friends of the Earth and other green groups.

The NRC’s income is based on revenues from operating reactors, meaning shutting one runs counter to its financial interests, though Congress seems always ready to pump in more money as long as the regulators don’t regulate. President Obama referred to the NRC in 2007 as a “moribund agency.”

Now, however, seven top NRC experts have gone public with a warning that 98 of the 99 nukes still operating in the U.S. suffer from a serious cooling system defect that threatens every one of them.

As reported by Reuters, the engineers filed a 2.206 petition usually used by public interest groups to raise safety and other concerns with the commission. That active NRC employees took this route indicates the engineers were concerned about official inaction.

According to Reuters, the engineers worry the flaw leaves U.S. reactors “vulnerable to so-called open-phase events in which an unbalanced voltage, such as an electrical short, could cause motors to burn out and reduce the ability of a reactor’s emergency cooling system to function. If the motors are burned out, backup electricity systems would be of little help.”

Such an event in 2012 forced the Byron 2 reactor in Illinois to shut for about a week. The engineers’ petition says 13 such events have struck reactors worldwide in the past 14 years.

Nuclear expert David Lochbaum of the Union of Concerned Scientists said the commission could have dealt with the issue years ago, but instead “snatched defeat from the jaws of victory” by letting the reactors continue operating without correcting the problem. “Something is not right with the safety culture at the agency,” Lochbaum told Reuters.

The NRC could have eased concerns years ago by forcing plants to take action, he said.

Instead, as with so many other unresolved safety issues, America’s crumbling reactor fleet continue to put the nation at increasing risk.

Powered by the tsunami of a Solartopian revolution in green energy, the movement to an economy based on renewables and efficiency continues to gain momentum. Even though nearly all their capital costs have long since been underwritten by the public, more and more of the U.S. reactor fleet have become unprofitable to operate.

But as made clear by this latest filing, a vital question remains unanswered: Will the safe energy movement be able to shut all these decayed reactors down before one of these increasingly serious unresolved issues brings yet another radioactive disaster to our shores?

Harvey Wasserman edits www.nukefree.org and wrote SOLARTOPIA! OUR GREEN-POWERED EARTH. His next piece will discuss the corporate campaign to keep failing nukes from shutting.

5 Years After Fukushima, ‘No End in Sight’ to Ecological Fallout