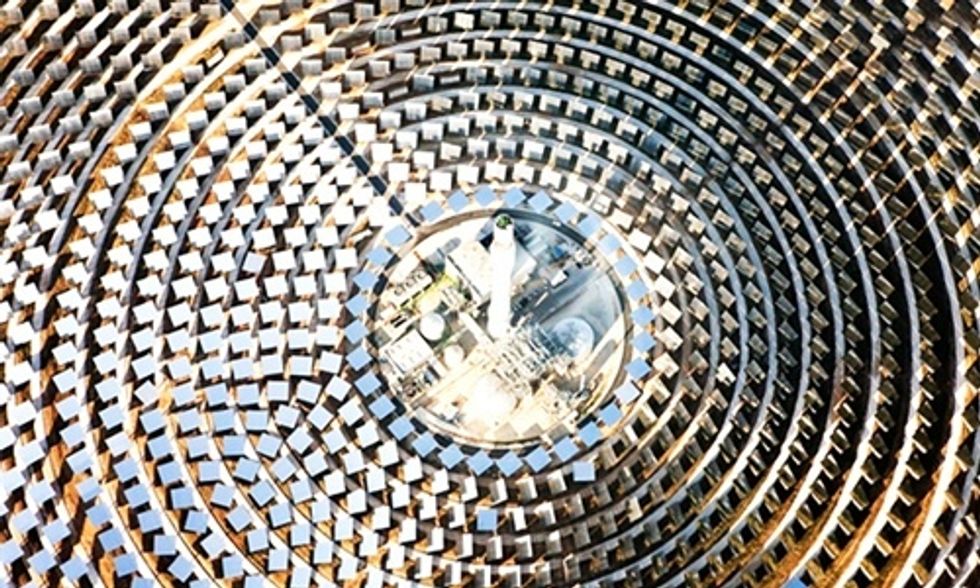 A new Greenpeace report shows how the world can move to 100 percent renewable energy by 2050. The bad news? It needs political will. The good news? It's already happening!

Climate change deniers and investors take note. Renewable energy is here and it's growing. From large corporations to village Eisenstein's, the growing interest, investments and inventions into clean energy is this century's "goldrush."

Don't believe the hype? Here are 7 signs that give us hope the Energy [R]evolution is already on its way.

1. 2014 was the biggest year for solar in the U.S.—an increase of 30 percent from the previous year.

2. Renewable energy in the UK took over coal for the first time during this last quarter.

3. And in his recent U.S. visit, President Xi Jinping made a landmark commitment to put a price on carbon.

According to the report, if we continue in an upwards trend we could reach 42 percent renewables by 2030, 72 percent by 2040 and 100 percent in 2050. What's more, the renewable energy sector will produce more jobs and because of all the fuel cost savings it can all be done at no extra expense.

But why wait till 2050 or for political will to kick in? The energy revolution is already happening.

This includes 450 households and 50 commercial establishments, including two schools, a training center and a primary healthcare center.

5. Renewable energy farms are appearing on land and water.

7. And activists are giving the finger to coal plants in Romania.

It's clear that this is a type of power that's proving to be unstoppable. If you're smart about it, you'll already be jumping on that bandwagon.