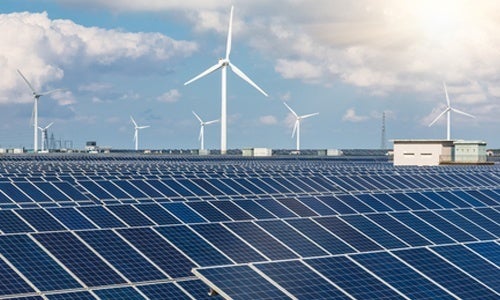 Just because you know doing something is a long shot doesn’t mean you shouldn’t try. That’s the attitude of seven Democratic senators who introduced a bill in Congress this week that would set a federal Renewable Energy Standard (RES). 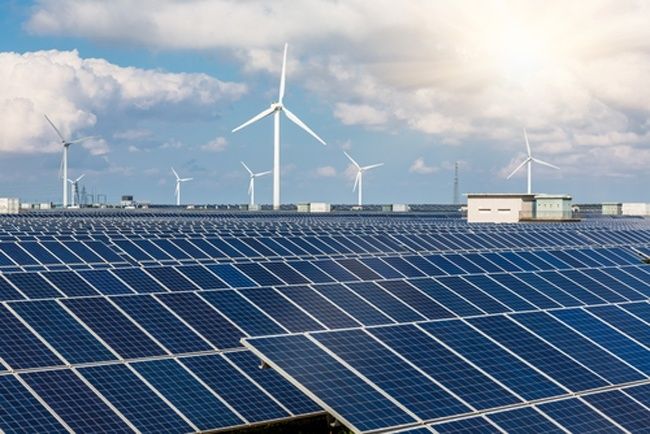 “To protect public health and address climate change, and to boost our economy, we need to move away from fossil fuels and transition to clean, renewable energy,” according to Sen. Whitehouse.

Spearheaded by New Mexico Sen. Tom Udall, and co-sponsored by fellow New Mexico Sen. Martin Heinrich, Massachusetts Sen. Ed Markey, Colorado Sen. Michael Bennett, Hawaii Sen. Mazie Hirono, Oregon Sen. Jeff Merkley and Rhode Island Sen. Sheldon Whitehouse, the bill would require that utilities generate 30 percent of their electricity from renewable sources by 2030. It would start with an 8 percent requirement in 2016 and rise gradually. Udall has introduced the bill each year since 2002, first as a representative and then as a senator, and was able to steer it to passage in the House in 2007 before it stalled.

“Our record droughts, burning forests, dying fish and melting ice caps all point to the urgency of taking on climate change,” added Merkley. “The only answer is burning less fossil fuel and moving toward renewable energy. Senator Udall’s bill would accelerate that transition and is a key to saving both our economy and our environment from the ravages of climate change.”

Whitehouse, a longtime environmental champion who has been making a weekly speech about climate on the floor of the Senate each week for more than two and a half years, also touted the bill’s benefits.

“To protect public health and address climate change, and to boost our economy, we need to move away from fossil fuels and transition to clean, renewable energy,” he said. “A national renewable electricity standard will support this transition and speed the growth of industries like wind and solar that are creating good jobs in Rhode Island and across the nation. I’m happy to support this bill, and I thank Senator Udall for his leadership.”

According to an analysis by the Union of Concerned Scientists, the RES bill would increase renewable energy generation 265 percent over current levels by 2030; support hundreds of thousands of jobs in the wind, solar, geothermal and biopower industries; save customers more than $25 billion on their utility bills; generate more than $100 billion additional capital investments; and provide billions in new local tax revenues.

“Our analysis shows a 30 percent by 2030 national RES is achievable and would provide substantial consumer, economic and climate benefits,” said Jeff Deyette, senior energy analyst for the Union of Concerned Scientists. “The Udall/Markey proposal builds on the success of existing state policies to accelerate the innovation and investments needed for the U.S. to transition to a clean energy economy.”

Environmental and clean energy industry groups were understandably excited about the legislation.

“The American clean energy economy is already responsible for hundreds of thousands of American jobs, billions in investment and power for millions of homes and businesses that don’t pollute our air, water and climate,” said John Coequyt, director of federal climate programs for the Sierra Club. “The Sierra Club is proud to support Senator Udall and Senator Markey’s leadership to build on this success with legislation that will create even more jobs while protecting the health of our families and our communities from climate disruption.”

With Congress controlled by Republicans whose climate denial is fueled by campaign donations from fossil fuel interests such as the Koch brothers, the bill is unlikely to advance in the current session. Senate Majority Leader Mitch McConnell is actively opposing President Obama’s Clean Power Plan which would be key to achieving 30 by 30, urging states to defy it.

More than half of the states currently have their own renewable energy standards but fossil fuel-funded groups such as Americans for Prosperity and the American Legislative Exchange Council (ALEC) have been pressuring states to repeal them. They have succeeded in states like Ohio and West Virginia, while repeal is under consideration in many others.