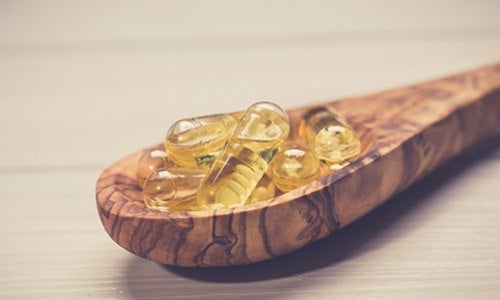 By completely eliminating either, we risk becoming deficient in key nutrients.

This article lists 7 nutrients that you can not get from commonly consumed plant foods.

Vegetarians and vegans may need to supplement with some of them in order to maintain optimal health. 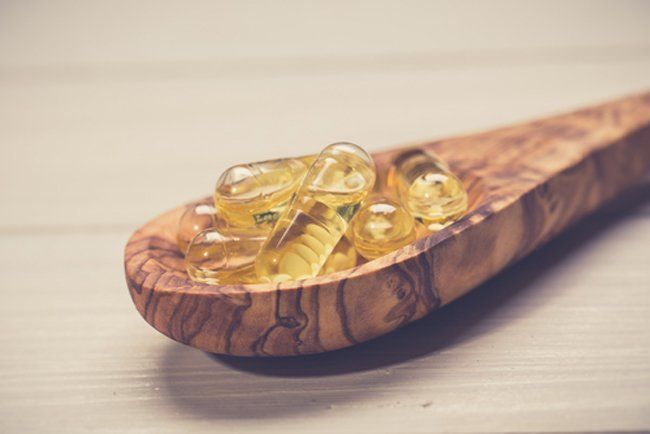 There are a few important nutrients that are impossible to get from commonly consumed plant foods.

Vitamin B12 is an essential nutrient found in virtually no plant foods.

Also known as cobalamin, vitamin B12 is a water-soluble nutrient involved in the development of red blood cells, maintenance of nerves and normal brain function.

Without supplements or enriched foods, vegetarians are at a high risk of vitamin B12 deficiency (1).

It is mainly found in animal foods, such as fish, meat, dairy products and eggs (2).

Lacto-ovo vegetarians can get adequate amounts of vitamin B12 from dairy products and eggs, but this is much more challenging for vegans (3).

The signs, symptoms and risks associated with deficiency include:

Vegans must get vitamin B12 by taking supplements or eating enriched food or certain types of seaweed.

Many processed foods have been enriched with vitamin B12. These include enriched yeast extracts, soya products, breakfast cereals, bread and meat-substitutes (3, 16).

In addition, a few plant foods naturally contain small amounts of bioactive vitamin B12. These include:

Nori seaweed is considered the most suitable source of biologically available vitamin B12 for vegans (23).

Keep in mind that raw or freeze-dried nori may be better than conventionally dried. It seems that some of the vitamin B12 is destroyed in the drying process (19, 24, 25).

Another plant food often claimed to contain vitamin B12 is spirulina. However, spirulina contains so-called pseudovitamin B12, which is not biologically available. For this reason, it is not suitable as a source of vitamin B12 (26).

Bottom Line: Vitamin B12 is only found in animal foods and certain types of seaweed. Vegans can get vitamin B12 by taking supplements, eating enriched foods or eating nori seaweed.

Creatine is a molecule found in animal foods.

Most of it is stored in muscles, but significant amounts are also concentrated in the brain.

It functions as an easily accessible energy reserve for muscle cells, giving them greater strength and endurance (27).

For this reason, it is one of the world’s most popular supplements for muscle building.

Studies have shown that creatine supplementation can increase both muscle mass and strength (28).

Creatine is not essential in the diet, since it can be produced by the liver. However, vegetarians have lower amounts of creatine in their muscles (29).

Placing people on a lacto-ovo vegetarian diet for 26 days causes a significant decrease in muscle creatine (30).

Because creatine is not found in any plant foods, vegetarians and vegans can only get it from supplements.

In vegetarians, creatine supplementation may have significant benefits. These include:

Many of these effects are stronger in vegetarians than meat eaters. For example, vegetarians taking creatine supplements may experience significant improvements in brain function while meat eaters see no difference (31).

Bottom Line: Creatine is a bioactive compound that is lacking in vegetarian diets. It plays an important role in brain and muscle function.

Carnosine is an antioxidant that is concentrated in the muscles and brain (33, 34).

It is very important for muscle function and high levels of carnosine in muscles are linked with reduced muscle fatigue and improved performance (35, 36, 37, 38).

Carnosine is only found in animal foods. However, it is non-essential since it can be formed in the body from the amino acids histidine and beta-alanine.

Dietary sources of beta-alanine, such as meat or fish, may also contribute significantly to muscle levels of carnosine.

Vegetarians have less carnosine in their muscles than meat eaters (39, 40).

Supplementation with beta-alanine increases the levels of carnosine in muscles (35, 41, 42, 43), improving endurance and increasing muscle mass (44, 45).

Bottom Line: Carnosine is a nutrient only found in animal foods. It is important for muscle function. Beta-alanine supplements are effective at increasing the levels of carnosine in muscles.

Vitamin D is an essential nutrient that has many important functions.

Deficiency in vitamin D is linked to increased risk of various adverse conditions. These include:

Also called the sunshine vitamin, vitamin D doesn’t have to come from the diet. It can be produced by our own skin when it is exposed to sunlight. However, when sunlight exposure is limited, we have to get it from food (or supplements).

There are two types of vitamin D in the diet, ergocalciferol (D2) found in plants and cholecalciferol (D3) found in animal foods.

Of the two types of vitamin D, cholecalciferol (from animals) is much more potent than ergocalciferol. In other words, it increases blood levels of bioactive vitamin D much more efficiently (57, 58, 59).

The best sources of cholecalciferol are fatty fish and egg yolks. Other sources include supplements, cod liver oil, or enriched foods such as milk or cereals (60).

Bottom Line: Cholecalciferol (D3) is a type of vitamin D found in animal foods, especially fatty fish. It is much more effective than the plant form of vitamin D, ergocalciferol (D2).

It is important for normal brain development and function (61).

Deficiency in DHA can have adverse effects on mental health and brain function, especially in children (62, 63).

In addition, inadequate DHA intake in pregnant women may adversely affect brain development in the child (64).

It is mainly found in fatty fish and fish oil, but also in some types of microalgae.

In the body, DHA can also be made from the omega-3 fatty acid ALA, which is found in high amounts in flaxseeds, chia seeds and walnuts (65, 66, 67).

Vegans can get this important fatty acid by taking supplements (algal oil) made from certain micro-algae (73, 74, 75).

Bottom Line: Docosahexaenoic acid (DHA) is an essential omega-3 fatty acid found in fatty fish and fish oil. It is also found in microalgae, which are a suitable dietary source for vegetarians.

Heme-iron is a type of iron only found in meat, especially red meat.

It is much better absorbed than non-heme iron found in plant foods (76).

Not only is heme-iron well absorbed, it also improves the absorption of non-heme iron from plant foods. This phenomenon is not entirely understood and is called the “meat factor.”

Unlike non-heme iron, heme-iron is not affected by anti-nutrients, such as phytic acid, often found in plant foods.

For this reason, vegetarians and vegans are more prone to anemia than meat eaters, especially women and people on macrobiotic diets (5, 77).

Taurine is a sulfur compound found in various body tissues, including the brain, heart and kidneys (78).

The function of taurine in the body is not entirely clear.

Supplementation with taurine may have various benefits for heart health such as lowering cholesterol and blood pressure (83, 84, 85, 86, 87).

Taurine is only found in animal foods such as fish, seafood, meat, poultry and dairy products (88).

It is not essential in the diet since small amounts are produced by the body. However, dietary taurine may play a major role in the maintenance of taurine levels in the body.

Levels of taurine are significantly lower in vegans than in meat eaters (89, 90).

Bottom Line: Taurine is a sulfur compound that has many important functions in the body. It is only found in animal foods.

Vegetarian and vegan diets may be very healthy for some people.

However, there are a few important nutrients that are impossible to get from commonly consumed plant foods.

If you plan to completely eliminate animal foods, then be extra prudent about your diet and make sure you are getting everything your body needs.