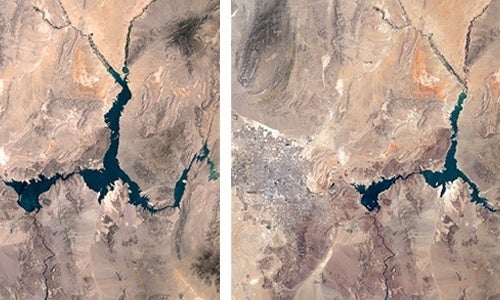 We’ve all heard the line that “a picture is worth a thousand words.” So to bring home what’s happening to our planet, we rounded up a series of pictures of Earth through the years from the U.S. National Aeronautics and Space Administration (NASA). And while some pictures could use a thousand words to make their point, these images only need four: “Our climate is changing.”

The largest glacier in Yosemite National Park, the Lyell Glacier, has lost almost 80 percent of its surface area and about 120 vertical feet (37 meters) of ice. While this change has occurred over the span of 132 years from 1883–2015, more than 10 percent of the total ice loss has happened in the past four years, thanks to warming temperatures and dry weather.

Scientific research shows glaciers have been losing mass since at least the 1970s and ice mass has been declining more quickly in the last 10 years. This melting ice has contributed to rising sea levels around the world, putting millions of people near coastal areas at risk to severe flooding as storms intensify.

Lake Mead, a reservoir outside of Las Vegas that sustains nearly 20 million people in California, Arizona and Nevada, has suffered from intense droughts in recent years. The reservoir’s water level declined about 120 feet (37 meters) between 2000–2015, hitting record lows as the drought spread across California and southwestern states in the U.S.

But it doesn’t end with dry heat: Droughts mean the water supplies we depend on are affected as bodies of water like Lake Mead decline. A report by the Natural Resources Defense Council found that one-third of all the counties in the U.S.’ lower 48 states are at higher risk of water shortages over the next 35 years because of climate change. 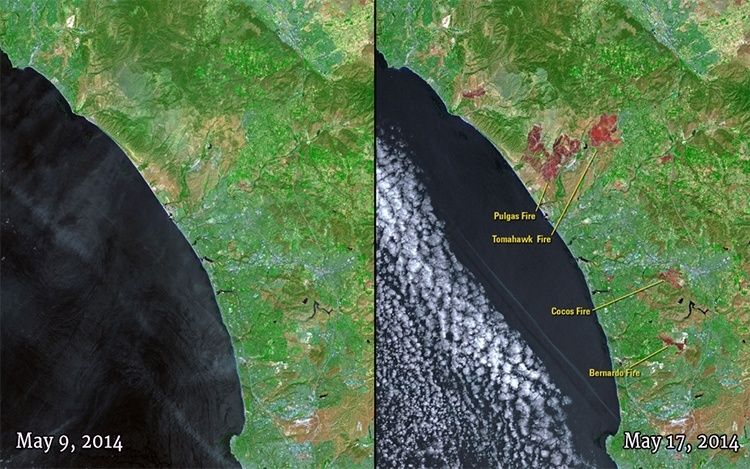 In May 2014, a series of wildfires hit the coastal area north of San Diego, California, thanks to a combination of heat, drought and dry winds that intensified the fires. The wildfires put thousands of nearby residents at risk, resulting in 175,000 evacuation notices.

Over the past decade, wildfires have caused significant damage throughout the western U.S. and other parts of the world and many scientists believe climate change is playing a role. There’s an average of 72,000 wildfires per year and nine of the 10 years with the most burned acres have occurred since 2000. We can’t yet say for sure, but we don’t think it’s a coincidence that the nine worst years for wildfires coincide with many of the hottest years on record. 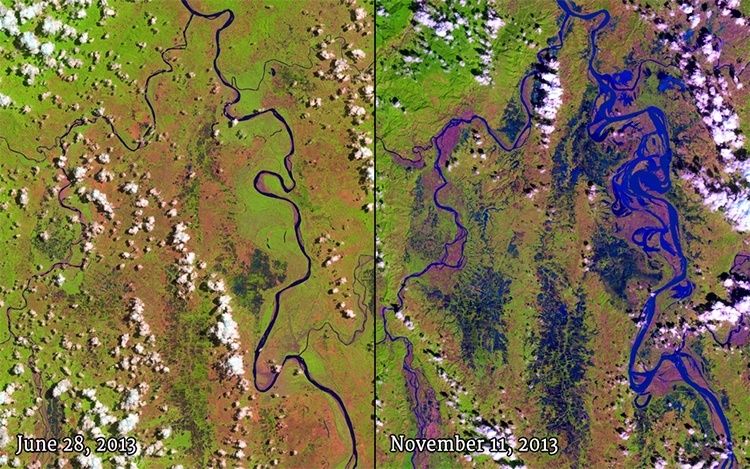 On Nov. 7, 2013, Typhoon Haiyan, known locally as Typhoon Yolanda, approached Guiuan on the Philippine island of Samar with winds close to 195 miles per hour (315 kilometers per hour). The storm became the deadliest on record in the Philippines and was responsible for more than 6,300 lost lives, more than 4 million displaced citizens and more than $2 billion in damages. Not all the devastation came when Haiyan first struck, as the storm also swelled the Agno River, shown in the second image above, causing severe flooding later.

Research shows that hurricanes and typhoons are likely to become more intense with stronger winds as the planet, including ocean temperatures, continues to warm. In the northwestern Pacific Ocean specifically, damaging typhoons have become about 10 percent more intense since the 1970s and even stronger storms are expected there as climate change worsens.