7 Most Unusual Beaches Around the World 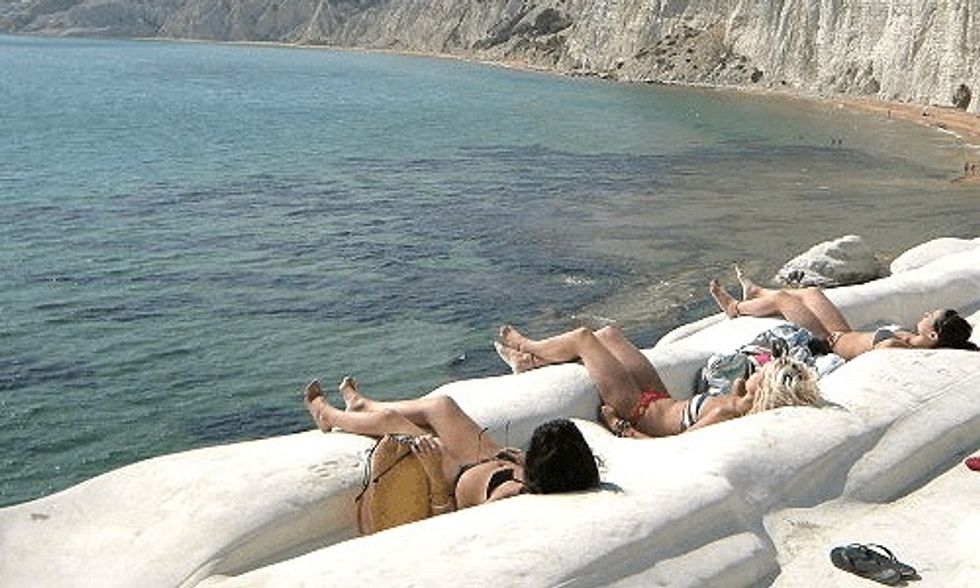 Sure, the Earth's coastlines are dotted with many gorgeous beaches, but if you're looking for somewhere different to lay out your towel this summer, here are seven wonderfully whimsical beaches to consider.

According to Best California Beach, these large boulders (also known as concretions) look like bowling balls lined up in an alley, and get their shape by the precipitation of minerals in sedimentary rock.

Bowling Ball Beach in California. I think you can see why it is named like that: http://t.co/oPbxxCtH2A #beach #photo pic.twitter.com/c2zewcmHk0

This beach, which translates to "Stairs of the Turks," sits on the southern coast of Sicily and is surrounded by brilliantly white and stair-like cliffs formed by eroded Marl, clay and silt, according to the Huffington Post.

They also look like the perfect place for lounging.
Photo credit: Wikimedia Commons

If you want a truly green beach vacation, consider the the Papakolea Beach in Hawaii, which gets its unique color from (appropriately named) olivine crystals from its enclosing cinder cone. There are three other green sand beaches: Talofofo Beach, Guam, Punta Cormorant on Floreana Island in the Galapagos Islands and Hornindalsvatnet, Norway.

If green isn't your color, there are colorful beaches all around the world, from the light pink Tangsi Beach in Indonesia to the ashy black shores of Punalu’u Beach in Hawaii.

You've probably spent some time beachcombing for shells before, but at Shell Beach in Western Australia, you'll have an an entire shoreline—about 100 kilometers long and ten meters deep—to take your pick. Incredibly, the whole beach is made up of shells from a single species, the cockle, since the waters' high salinity has allowed it to proliferate and also has no natural predators.

You can dig your own hot tub at this popular geothermal attraction. Sit back and relax as underground hot spring water filters up through the sand into your manmade pit. Make sure you go during low tide.

Temperature of the spring water reaches up to 147 degrees Fahrenheit.
Photo credit: TripAdvisor

This colorful beach was actually a dumping ground until the 1960s. No need to worry about getting cut by shards, as the glass on this shoreline has been smoothed out by decades of crashing waves.

Although this might not be the most comfortable place to sit back and relax this summer, you can't beat the stunning view and geography of Giant's Causeway. The area consists of tens of thousands of hexagonal basalt columns, formed after volcanic activity from sixty million years ago.