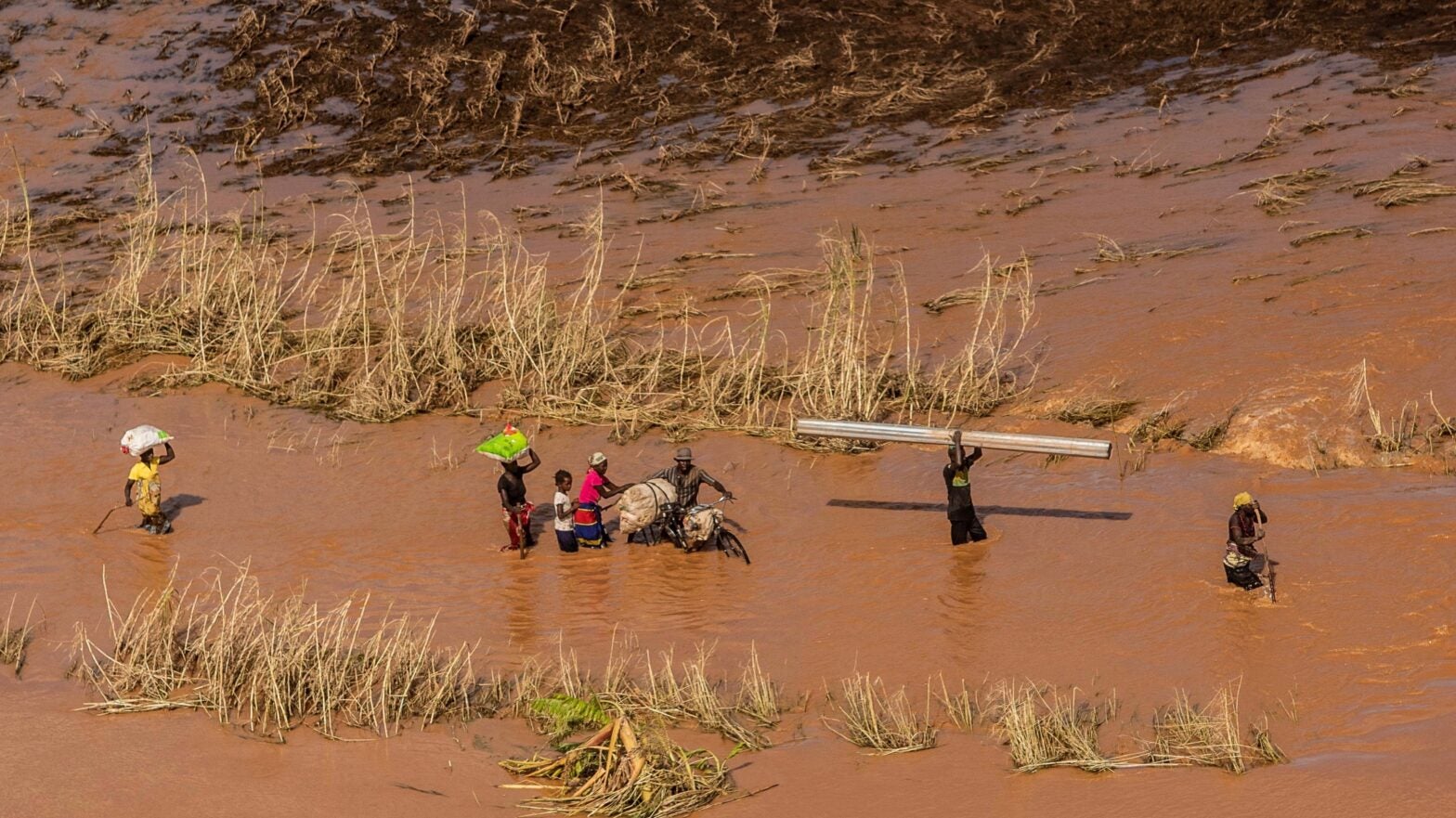 In another sign of the climate crisis, a record seven million people were displaced from their homes by extreme weather events during the first half of 2019, The New York Times reported Thursday.

The number comes from the Internal Displacement Monitoring Centre (IDMC), which has been using data from governments, UN humanitarian agencies and news accounts to publish annual reports since 2003. Their mid-year figures for 2019, published Thursday, marked the highest number of disaster displacements the organization has ever recorded by this point in the year. The number was nearly double the number displaced by conflict and violence during the same period this year, The Independent pointed out.

Our latest figures reveal that there were about 10.8M new displacements worldwide between January and June 2019, 7M triggered by disasters and 3.8M by conflict and violence. Find out more in our latest report: https://t.co/K1cF4fQL5i pic.twitter.com/5JTrUDPn9Q

The number was tallied tallied before Hurricane Dorian struck the Bahamas, and the organization predicted it could soar to 22 million by the end of the year, making 2019 one of the worst years for disaster-caused displacement on record. That’s because the worst disasters usually occur between June and September, which is when most storms inundate the tropics, The New York Times explained.

Based on past trends and the fact that the majority of weather-related hazards occur in the latter half of the year, IDMC estimates that the number of new displacements by disasters will more than triple by the end of the year to around 22M. More here: https://t.co/K1cF4fQL5i pic.twitter.com/gU15AevYBG

The extreme weather events covered by the report included

Cyclone Vayu also displaced 289,000 in India in June, while flooding displaced 405,000 in the Philippines, 190,000 in Ethiopia and 75,000 in Bolivia. However, not all disaster displacements are equal. The 3.4 million displaced by Fani were evacuated ahead of time, an act that saved lives and showed that India and Bangladesh had learned from past disasters.

The IDMC urged both individual countries and the international community to learn from the growing number of weather-related displacements.

“With the impact of climate change, in the future these types of hazards are expected to become more intense,” IDMC Director Alexandra Bilak told The New York Times. “Countries that are affected repeatedly like the Bahamas need to prepare for similar, if not worsening, trends.”

At the same time, the report urged the world leaders coming together this month for the UN Climate Action Summit in New York to take the figures into account.

“The international community cannot continue to ignore internally displaced people,” Bilak said in a press release. “We must support national governments in their efforts to protect and assist IDPs, build peace and invest in sustainable development and climate change adaptation. Only then will we be able to reduce the upheaval, trauma and impoverishment that many millions of people suffer each year, and reverse the trends laid out in this report.”