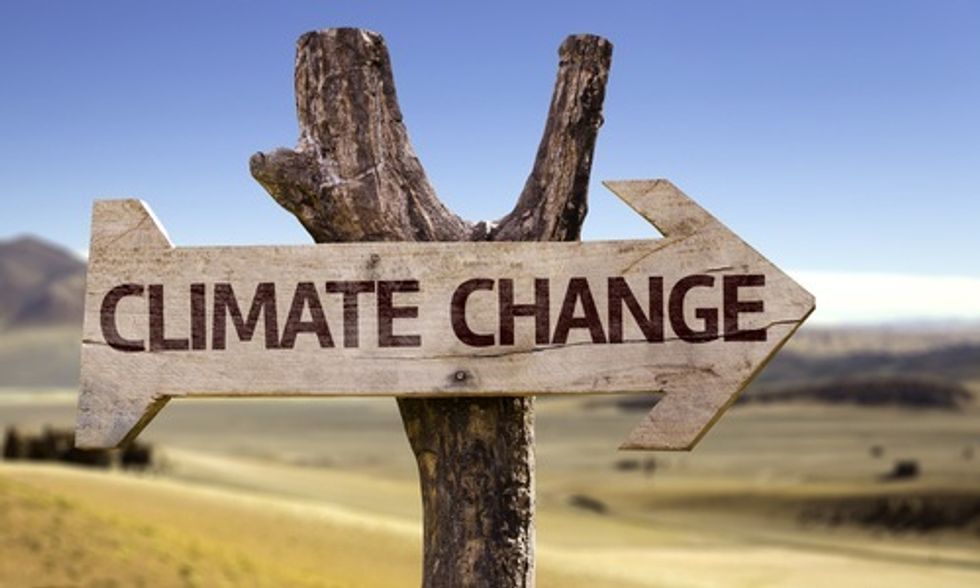 Over the past few weeks, every Democratic candidate running for president has discussed climate change in a major speech and made climate solutions a central part of their platform. Republican candidates continue to use stock phrases like “I’m not a scientist,” but at least they are talking about climate change.

Republicans in Congress are trying to block the Clean Power Plan, and every GOP presidential candidate has decried it. Yet not a single one has offered a plan for tackling what is the biggest environmental and public health threat of our time.
Photo credit: Shutterstock

When I started working at the NRDC Action Fund in 2004, climate change barely registered on the political landscape. I was coming off of Capitol Hill and most of my time was spent on parks and water issues, which we were just starting to think of in terms of climate change.  Most voters were concerned about the war in Iraq, No Child Left Behind and the latest episode of Desperate Housewives—it was before streaming, after all. Global warming, as we called it then, was the focus of policy wonks and researchers and few others.

Then something shifted: climate change started hitting home in painful and costly ways. Nine out of the 10 hottest years ever occurred since 2002. We witnessed the destructive power of storms like Katrina and Sandy and became accustomed to using the words “record-breaking” when we talk about everything from snowfalls to wildfires. People’s lives were turned upside down by climate impacts, and Americans began calling on leaders to do something about it.

Now that I have decided to leave the NRDC Action Fund to return to my roots to head up the Ohio Environmental Council and its Action Fund, I can’t help but reflect on the progress made by my amazing NRDC colleagues and the larger environmental movement.

Not only have we helped secure policies to limit carbon pollution from power plants and cut climate change pollution from new cars in half by 2025—saving drivers $80 billion a year at the pump, but we have also helped put climate change on the campaign map. Candidates hoping to win the White House, the governor’s mansion or a Congressional seat in 2016 must discuss the climate threat.

It’s been an honor to be a small part of this transformation. It’s also been an incredible learning experience. It turns out, for instance, that PowerPoint Presentations can win Oscars, but voters still don’t want to hear about carbon wedges. And Sen. James Inhofe (R-OK) can throw all the snowballs he wants on the Senate floor, but he can’t fool the majority of Americans into denying climate change.

1. Local Climate Stories Move Voters: When Gary Peters ran for Senate from Michigan, he didn’t talk about worldwide CO2 emissions or sea-level rise. He described how climate change was hurting the Great Lakes and other beloved people and places in Michigan. And he celebrated the 80,000 green goods and services jobs in the state. He also took on the Koch brothers, who were responsible for polluting waterways in the state and funding the opposition. He won, and he confirmed the power of connecting the dots between global climate change, the fossil fuel cronies, and voters’ daily lives.

2. Running Clean Works: NRDC Action Fund research has confirmed that candidates who campaign on clean energy and climate action from the beginning win—including Senators Jon Tester (D-MT) and Martin Heinrich (D-NM) in 2012 to Senators Jeanne Shaheen (D-NH) and Brian Schatz (D-HI) in 2014. Clean energy provides a positive, solutions-based narrative to talk about issues that matter most to Americans: jobs, the economy and the health of their families.

3. Big Money is Here to Stay: Political time can be measured in two epochs: before the Citizens United Supreme Court ruling spilled millions of unregulated dollars into political campaigns, and after. It’s a fact of life now that spending has reached staggering heights. Fossil fuel industry spent more than $721 million in the 2014 election cycle alone. But the last presidential election proved that even that much money can’t buy you love. Despite the Koch brothers’ best efforts, clean energy and climate champions won up and down the ticket.

4. The Fight is Spreading to the States in an even Bigger Way: Now that the Clean Power Plan has established limits on carbon pollution from power plants, each state can figure out how it will achieve its reductions. This is a huge opportunity to create new jobs and save people money on energy bills. But it is also a chance for naysayers to try to delay and interfere at the state level. That’s one reason I am joining the Ohio Environmental Council: I want to help set the bar high for climate action and clean energy growth in the Midwest.

5. Time to Paint Climate Stonewalling as Extremism: Republicans in Congress are trying to block the Clean Power Plan, and every GOP presidential candidate has decried it. Yet not a single one has offered a plan for tackling what is the biggest environmental and public health threat of our time. Poll after poll after poll confirms the vast majority of Americans want leaders to address climate change. It’s time to point out the GOP’s failure for what it is: out-of-step extremism.

6. It Will be Tough for a Climate Denier to Win the White House: Extensive polling from red and blue and purple states reveals that climate change matters to the majority of voters. And it really matters to three voting blocs that will be key to winning in 2016: women, Latinos and young people. Voters want a leader in the White House who will confront the big challenges, not ignore their existence.

7. This is a Marathon, Not a Sprint: Creating major political change requires stamina. The average bill becoming a law takes eight years to get passed, and most bills die well before that. A complex challenge like climate change will demand many bills, policies and technological innovations, but we will keep running until we cross the finish line. I do it because of my faith and because I want to leave the planet in better shape for my children. They deserve it. Our communities and beautiful wild places deserve it. And even our opponents deserve it.

See you in Ohio.