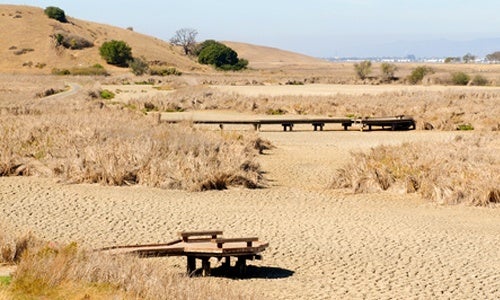 Every inhabited continent, to varying degrees, faces extremely high water stress. That means that in certain areas more than 80 percent of the local water supply is withdrawn by businesses, farmers, residents and other consumers every year. Not all of that water is consumed—it may flow back into a river after it’s used and be available again downstream—but the demand still creates competition where it is needed. 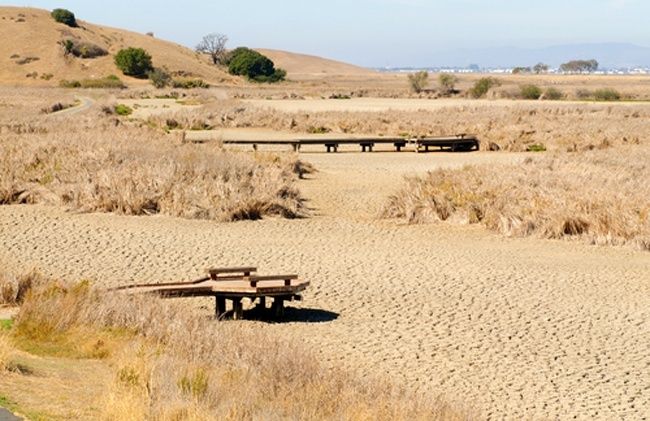 These wetlands have totally dried up due to the California drought.

These “stressed” areas are also the ones most vulnerable to episodic droughts. With chronic over-use of water resources, it only takes a string of a few bad rainfall years or poor management decisions to plunge a region into crisis and chaos. 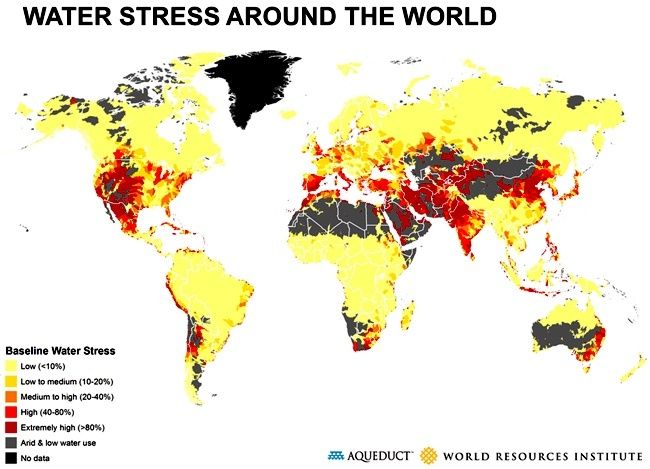 And indeed, that is what we appear to be seeing across the world over the past few years. Here’s a look at seven extreme droughts that have occurred in the past decade:

Australia’s “Millennium” drought began in 1995 and continued country-wide until late 2009. Reservoir levels fell precipitously, as did crop production and industrial water use. A number of cities, including Melbourne, Sydney and Perth, built desalination plants in an effort to partially drought-proof themselves, while other areas pursued grey water recycling projects. Between 2001 and 2012, the federal government provided $4.5 billion in assistance to drought-affected farmers and small businesses.

In 2010-11, following quickly on the heels of the drought, Australia experienced its worst flooding in half a century, as an area of Queensland larger than the size of France and Germany combined flooded, affecting 200,000 people and costing at least $10 billion.

Drought in Spain’s northeastern region of Catalonia grew so severe in 2008 that Barcelona began importing water by ship from France. About 70 percent of Spain’s water goes to agriculture, much of which is “wasted in antiquated irrigation systems and the cultivation of thirsty crops unsuitable for arid lands,” according to The Independent. Other critics pointed to low water prices as the culprit for the crisis. Low water prices, it is often argued, result in profligate water use and low investment in water-efficient infrastructure.

3. Northern India’s groundwater loss can be seen from space

Twin satellites from NASA’s Gravity Recovery and Climate Experiment (GRACE) are able to detect changes in the Earth’s gravity field brought about by changes in mass distribution, including changes in groundwater storage. Nowhere on Earth are groundwater declines greater than in northern India; NASA found that large-scale irrigation caused 108 cubic kilometers of groundwater loss in Haryana, Punjab, Rajasthan, and Delhi between 2002 and 2008. The study’s lead, Matt Rodell, observed that “The region has become dependent on irrigation to maximize agricultural productivity. If measures are not taken to ensure sustainable groundwater usage, the consequences for the 114 million residents of the region may include a collapse of agricultural output and severe shortages of potable water.” 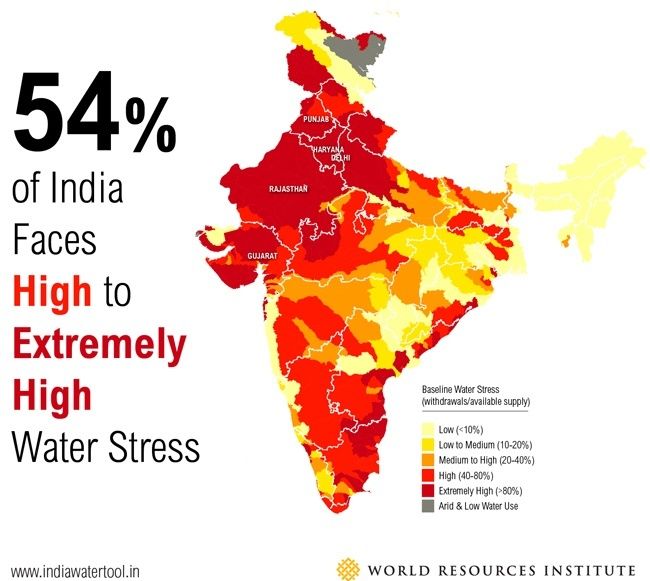 In July 2012, roughly half of India’s population—about 670 million people or 10 percent of the world’s population—temporarily lost power following a massive grid failure. Some experts laid the blame on the severe drought affecting northern India. Low rainfall restricted the amount of power delivered by hydroelectric dams, and farmers used more power than usual to run water pumps to irrigate their crops.