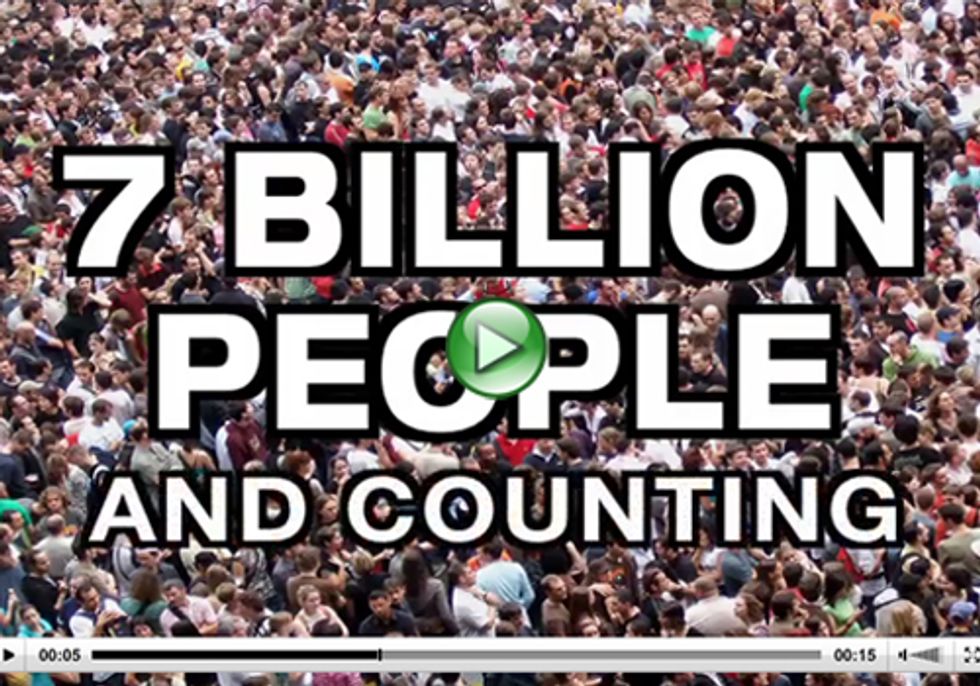 The world population hit 7 billion people Oct. 31, accelerating the global extinction crisis for animals and plants imperiled by overpopulation’s effects on habitat, water, air and other natural resources. The Center for Biological Diversity (CBD) launched a new national campaign, 7 Billion and Counting, highlighting this milestone and the connection between staggering human population growth and the massive extinction of plant and animal species.

“The conversation can’t be avoided any longer,” said Amy Harwood, coordinator of the 7 Billion and Counting campaign. “There’s never been a more pivotal time to talk about the devastating effects of the population crisis on plants and animals around the world.”

As part of the 7 Billion and Counting campaign, the CBD is giving away 100,000 of its popular Endangered Species Condoms. It also launched a huge video ad in New York City’s Times Square, inspired activists around the country to host events highlighting this critical issue and unveiled a new interactive map that offers information on endangered species in every county in the U.S.

The CBD also just released a report on the top 10 U.S. species facing extinction from pressures directly related to overpopulation. Species like the Florida panther and Mississippi gopher frog are rapidly losing habitat as the human population expands, while others are seeing their habitat dangerously altered and are facing demise from consumption demand.

The CBD is the only environmental group with a full-time campaign highlighting the connection between runaway human population growth and the ongoing extinction crisis. The world’s population has doubled since 1968 and the United Nation predicts it will hit 10 billion by century’s end. Meanwhile, dozens of species go extinct every day.

“As the human population grows and the rich countries consume resources at voracious rates, we are crowding out, poisoning and eating all other species into extinction,” said Harwood. “If it isn’t stopped, we’ll find ourselves on a very lonely planet devoid of any sense of the wild world this place once was.”