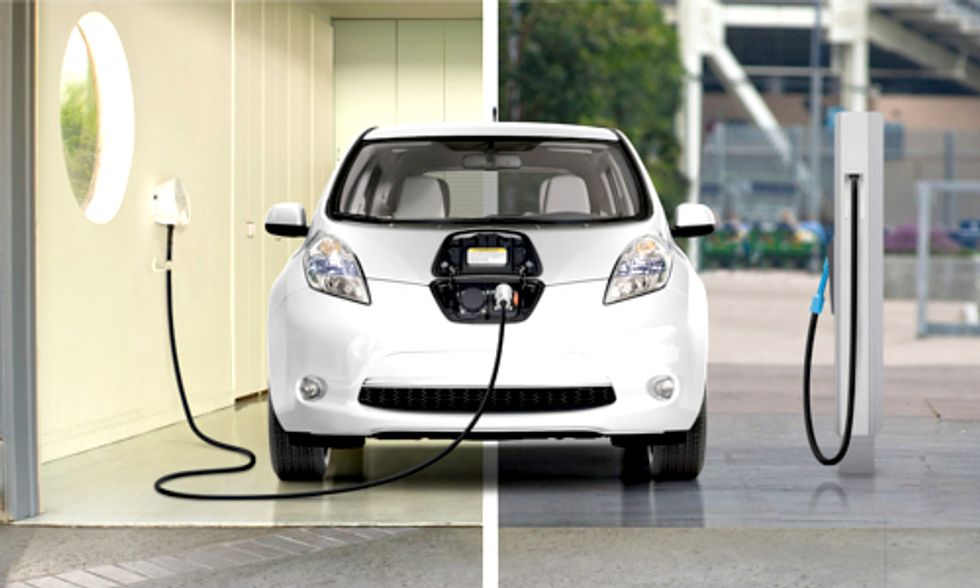 Though fewer than 1 percent of the U.S. population drives an electric vehicle (EV) or plug-in hybrid, four out of ever 10 households could begin doing so with little or no change to their driving habits and vehicle needs.

That data comes from the Union of Concerned Scientists (UCS) and Consumers Union, which issued a report Wednesday based on its polling of 1,004 people earlier this fall. Basic needs for an EV or plug-in hybrid are parking and a plug, which 56 percent of the respondents said they have.

“Drivers may have preconceptions about whether electric vehicles can meet their driving needs and habits, and this survey shows that for many, they can,” said Josh Goldman, policy analyst for the UCS Clean Vehicles Program.

Graphic credit: Union of Concerned Scientists and the Consumers Union

One misconception about EVs, the survey found, was the idea that people would need to cut down on driving to preserve their charges. Sixty-nine percent of U.S. drivers travel less than 60 miles per weekday, which is well within the range of most battery-powered cars on the market.

The survey found that 65 percent of Americans think EVs are an essential part of the country's transportation future for reducing oil use and global warming pollution. Sixty percent saying they would consider owning one themselves.

“There is a huge potential to continue expanding the market for electric vehicles, a key solution for tackling climate change and cutting our nation’s projected oil use in half over the next 20 years,” said David Reichmuth, senior engineer for the UCS Clean Vehicles Program.

“Americans recognize that we need to reduce our oil use, and electric vehicles offer a great opportunity for drivers to do just that.”