64 Groups From Across U.S. Demand Federal Limits on Air Pollution From Fracking Wells 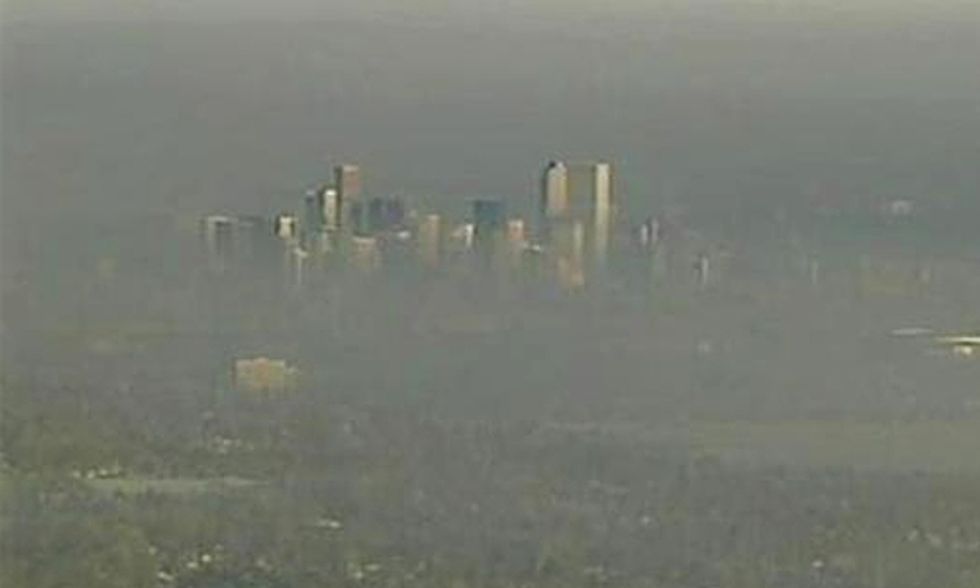 Today, a robust coalition of 64 local, state and national groups filed a petition calling on the U.S. Environmental Protection Agency (EPA) to immediately set pollution limits on oil and gas operations in populous centers around the U.S., according to a joint press release.

The petition urges the EPA to exercise its authority under the Clean Air Act and require oil and gas companies to limit toxic air pollution from wells in an effort to protect public health.

“More than 150 million Americans now live near oil and gas wells or above shale areas where companies are looking to drill or engage in hydraulic fracturing, and EPA needs to set standards that restrict the hazardous air pollutants they put into the air,” said Earthjustice attorney Emma Cheuse, who filed the petition on behalf of the groups. “Oil and gas wells release chemicals linked to cancer, birth defects, and respiratory disease, and EPA should protect our communities, especially our children, from exposure to these hazards.”

With fracking and other extraction methods encroaching onto urban, suburban and other populated areas, the groups say it is vitally important for the EPA to regulate the energy sector's hazardous air pollution. The petition states that at least 100,000 tons per year of dangerous air pollution from oil and gas well sites—such as benzene, formaldehyde, acetaldehyde, methanol, naphthalene and more—are currently being released freely into the air. These pollutants have been linked to respiratory and neurological problems, birth defects and cancer.

“Oil and gas wells release chemicals that have clearly and definitely been linked to health harms from nose bleeds and headaches to cancer, birth defects, and respiratory disease,” said James Dahlgren, MD, an internist with a sub-specialty in toxicology and member of Physicians for Social Responsibility-Los Angeles. “I’ve witnessed the harm these toxics cause to people and given everything we know about these pollutants, the EPA must take action to protect communities from exposure to these clear hazards.”

Fumes from oil and gas operations are a big reason that cities experience unhealthy levels of ozone, especially in the summertime, like Denver's "brown cloud" of summertime smog. Photo credit: Earthjustice

“Our nation should not ask communities to trade clean air for cheap energy,” said Mark Brownstein of the Environmental Defense Fund. “Anyone living near an oil and gas development deserves to know that all necessary steps are being taken to avoid hazardous air pollution. Strong regulation is necessary to provide that assurance.”

The pace of oil and gas drilling has grown exponentially in recent years. The press release states that as of 2011, oil and gas wells in the U.S. numbered more than 1.04 million and that current estimates project that as many as 45,000 new wells could be drilled each year through 2035.

"Almost a decade of un-and-under-regulated fracking has transformed North Texas into a sacrifice zone for the gas industry, with conservative estimates of over 1,000 tons of hazardous air pollution being released annually from industry sources,” said Jim Schermbeck of the Dallas-Ft. Worth-based Downwinders at Risk. “Breathing this toxic air pollution has left a well-documented trail of illness and disease throughout the Barnett Shale. EPA needs to do its job and protect frontline victims of fracking by reducing the toxic fallout from the practice."