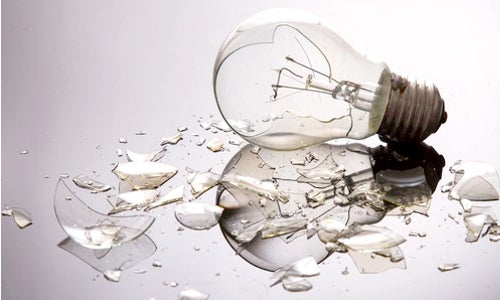 Times are about to change when it comes to lighting, but that’s been lost on most Americans, according to a new survey.

Osram Sylvania’s sixth annual Socket Survey shows that six out of 10 Americans did not know that the country will begin phasing out incandescent lights next week.

Stricter efficiency standards from the Energy Independence and Security Act of 2007 will slowly drive 40-watt and 60-watt bulbs out of the market place in favor of more efficient light-emitting diodes (LEDs). That means the bulbs will no longer be made in or imported into the U.S.

After New Year’s Day, light bulbs made here have to use 25 percent less energy than their 134-year-old predecessors.

Though 60 percent of the population are unaware that the phase-out begins next week, 64 percent they weren’t completely in the dark about the six-year-old Energy Independence and Security Act and that some form of phase-out existed.

Currently, just 11 percent of the population is using stand-alone LEDs, though 72 percent have heard about of them. When holiday lights and electronics are taken into account, the amount of people using LEDs rises to 30 percent.

Despite just 40 percent being aware of the phase-out’s immediacy, 59 percent also said they were excited about the push for greater efficiency in American homes. Forty-six percent said they would switch to compact fluorescent light bulbs (CFLs), while 24 percent plan on embracing LEDs and 13 percent will switch to halogens. 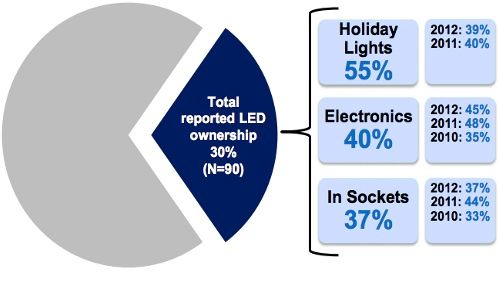 Brightness (92 percent), life span (87 percent), energy consumption (82 percent) and price (82 percent) are the most important concerns for those who plan to switch from incandescents. That switch won’t need to happen rapidly—the phase-out mandates a stoppage in incandescent manufacturing not a removal from store shelves. To that end, 30 percent of the informed customers say they plan to stock up on incandescents.