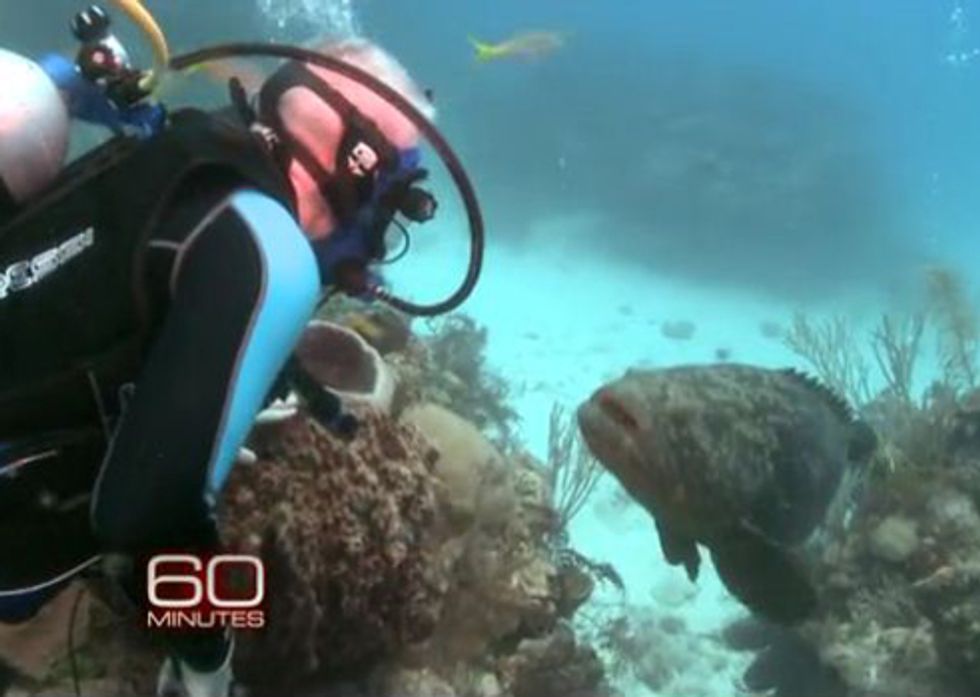 If you saw 60 Minutes last night, you were likely amazed yet alarmed by Anderson Cooper's piece on marine reserves. You can find it here, in case you missed it.

The footage from his dive of a massive coral reef off the Cuban coast was stunning. In stark contrast was Cooper's description of the environmental assault on our planet's reefs—a perfect storm of unsustainable fishing, global warming, pollution and other factors. As explained in the story:

"Scientists say coral is succumbing to a complex combination of environmental factors including pollution, agricultural run-off, coastal development, over-fishing, and rising ocean temperatures, which researchers believe is causing a phenomenon called 'bleaching,' that causes the coral to turn white and sometimes die."

But you can help turn the tide.

We're working to designate 40 percent of the world's oceans as marine reserves—protecting the reefs and the incomprehensibly rich variety of aquatic life they sustain.