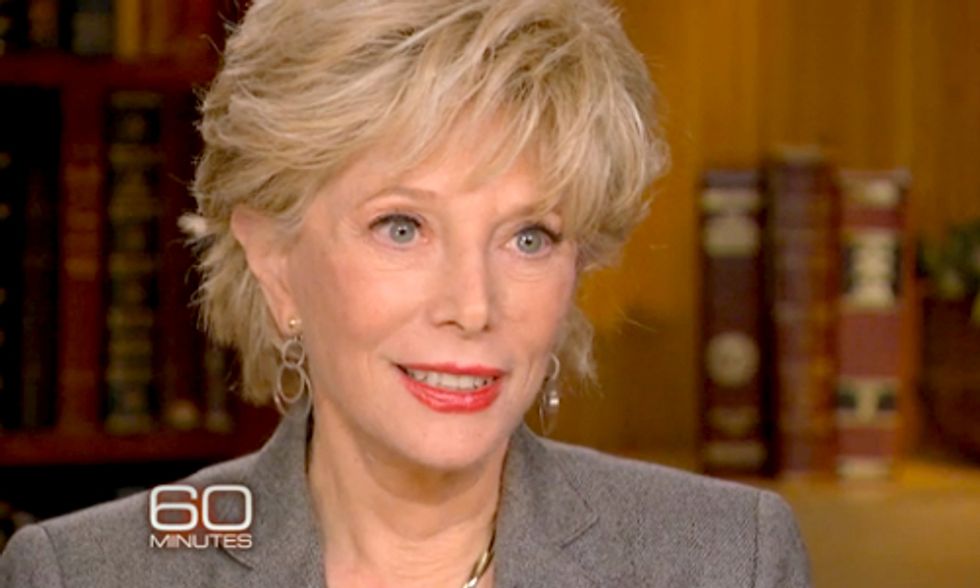 Clean technology is booming by every key indicator—but you would never know that from Sunday's absurd 60 Minutes piece touting an imaginary “Cleantech Crash."

As documented in the recent Department of Energy (DOE) report, “Revolution Now: The Future Arrives for Four Clean Energy Technologies," the only thing in cleantech that is crashing is the cost of key components. This price crash has enabled explosive growth in wind power, solar power, LED lights and electric vehicles, as shown in the charts from the report reposted here.

Ironically, this boom is so self-evident that just Saturday The New York Times published a front page story on “the solar power craze that is sweeping Wall Street." As the article notes, “Solar companies have had the wind at their backs lately."

It's true there have been some losers among cleantech companies, but that's precisely what you would expect in an industry where the norm has become ruthless cost-cutting, which in turn is a great boon to consumers.

But for 60 Minutes, this incredible boon is a bust. Here's a transcript of a clip from the show:

LESLIE STAHL (over pictures of solar panels, biofuels, wind turbines): “It's called clean tech. And the new technologies that were developed in the energy sector were supposed to create jobs, and help America break its reliance on fossil fuels. The government supported it, and billions of tax dollars were spent. So how is the investment going?
STAHL (to DOE interviewee): “Solyndra went through half a billion dollars before it failed. Then I'm going to give you a list of other failures. Abound Energy. Beacon Power. Fisker. VPG. Pfff … I'm exhausted."
INTERVIEWEE: “As I told you at the beginning, the energy business is tough!"

Memo to CBS: Every business is tough! In 2012, the Wall Street Journal ran an informative piece on just how tough the private sector venture-capital businesses is, headlined, “The Venture Capital Secret: 3 Out of 4 Start-Ups Fail."

It seems at first that this is a secret 60 Minutes is unaware of, since the show focuses almost entirely on the failures. But CBS explains that “the venture capital model is that for every ten startups, nine go under"—except that CBS appears to see that as a bug, not a feature, failing to understand that the successes more than pay for the failures.

Moreover, 60 Minutes is apparently unaware that the DOE Loan Guarantee Program has a whopping 97 percent success rate, while the companies CBS focuses on such as Solyndra and Abound Solar were just three percent of the portfolio.

It's as if 60 Minutes did a profile of the venture firm Kleiner-Perkins and focused primarily on its failed investments with only passing mention of AOL—and no mention at all of Amazon.com, Genentech, Sun Microsystems or Google! In fact, when 60 Minutes profiled co-founder Tom Perkins several years ago, they called him “the captain of capitalism" and only found time to mention the winners!

Let's set aside the question of why 60 Minutes chose to do a hit-job on cleantech, which clearly was unwarranted, after producing widely criticized puff pieces on the NSA andAmazon's wildly impractical delivery drones.

The key point is that the goal of DOE's investments is not to make money. The goal is to accelerate the drop in price—and increase in deployment—of clean energy in the market, which it clearly has done in industry after industry. A secondary goal was to create jobs in this country, which it also succeeded in doing.

In fact, the Atlantic Wire reported last year that this one program successfully shepherded 28 companies with clean energy projects creating over 20,000 jobs—with a net cost to the public that will either end up being very low or zero. DOE projects that all of its clean energy loan programs taken together will generate some 55,000 jobs.

Inexplicably, the 60 Minutes correspondent asserts that according to “everything I've read there were not many jobs created" (and they even found an uninformed former DOE official to agree with them). CBS claims taxpayers have little to show for the investments when the data clearly show otherwise.

The whole segment is baffling. CBS asserts that the key cleantech investor they interview, Vinod Khosla, is “known as the father of the cleantech revolution." He isn't, and in fact he's about the last person you'd want to talk to on the subject (see my 2010 post, “Is anyone more incoherent than Vinod Khosla?“).

They even found a Chinese cleantech entrepreneur to say “clean tech is not going well"—even though China is the leader in both solar and wind power. CBS complains that the Chinese have created U.S. jobs using some of the technology U.S. taxpayers supported, as if the only U.S. jobs that count are ones created by U.S. companies. CBS correctly notes that China is willing to take a long term view of clean tech, but never mentions how opposition to U.S. clean energy standards, cleantech investment and a price for carbon by conservatives in Congress have hurt the competitiveness of U.S. companies.

For those who want the facts of the cleantech boom, a good place to start is the DOE report: