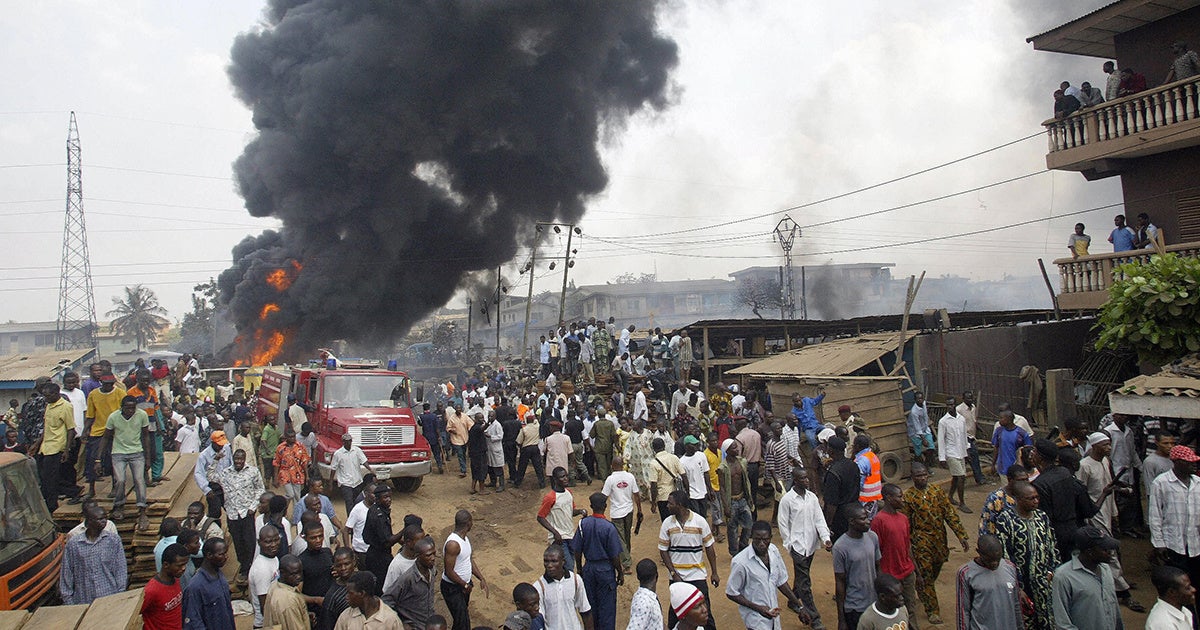 Officials gave a death toll of 16 on Friday, but a spokesperson for the National Emergency Management Agency (NEMA) updated that figure Monday.

The fire broke out in southeast Nigeria near the city of Aba and was caused when vandals attempted to rob fuel from the pipeline, officials said.

“The incident occurred at about 1:30 a.m. Those burned are more than 30 with many others sustaining injuries,” survivor Nnamdi Tochukwu told Al Jazeera Saturday.

“I can’t give the exact number of casualties for now, but the explosion was caused as a result of oil thieves who had hacked the line to intercept the flow of petrol from the Port Harcourt refinery to Aba,” he told AFP, as Al Jazeera reported.

Fires or explosions caused by pipeline robberies are a recurring problem in Nigeria, which is Africa’s No. 1 oil producer and exporter. A 1998 pipeline explosion in the Niger Delta killed more than 1,000 and a 2006 fire at a vandalized pipeline killed about 269. Sometimes, the explosion occurs when villagers come to collect oil once the initial robbery has already taken place, increasing the death toll. This was the case with Friday’s fire, NEMA coordinator Evans Ugoh told reporters, as Nigerian paper Vanguard reported.

“My team has visited the scene of the explosion and we discovered that victims of the incident took advantage of the pipeline leakage and were scooping the oil before fire caught on them,” Ugoh said.

Ugoh said the victims should have alerted authorities about the leak instead of collecting the oil, but he also called on the NNPC to strengthen security for its pipelines and improve its disaster response plan.

NNPC officials told Reuters they had stopped pumping on the System 2E pipeline network, of which the vandalized pipeline forms a part. The network carries imported gasoline from Port Harcourt refineries to the southeast and north of Nigeria.

“We will resume the pumping of products very soon,” Ughamadu told Reuters Monday. “We had put out the fire. We are now pumping water in the pipeline to detect other possible areas of leakages.”