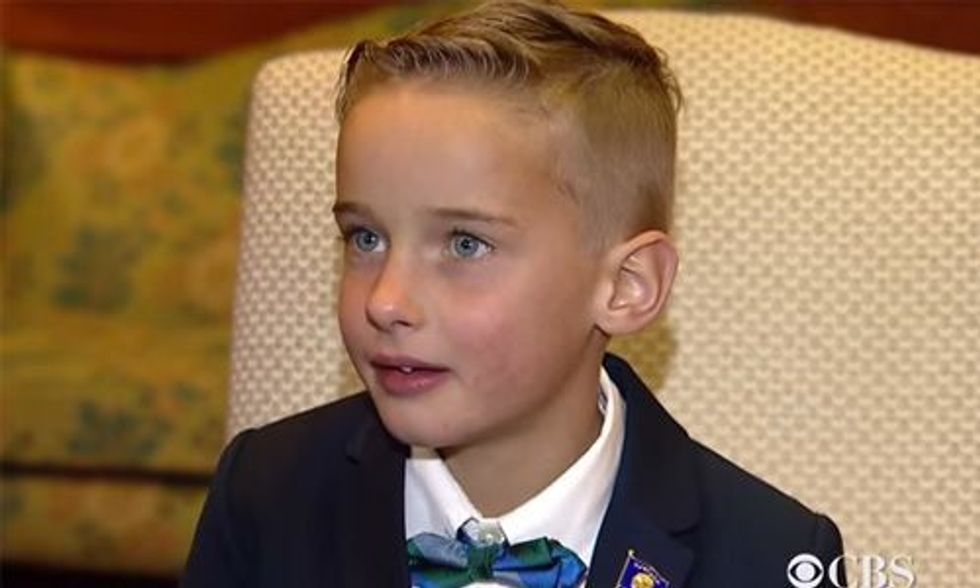 With the madness that is the Republican Presidential field and all the news of the Koch Brothers buying elections, it can feel like we will never take meaningful action on climate change. But then, you hear about kids like Noah Gue and you remember that the next generation understands what a bunch of people with advanced degrees claim not to understand.

Gue, a six year old from Montana, traveled around his home state with his parents to document the impacts of climate change on his state. His adorable narration about such a pressing issue landed him a spot as one of 15 finalists in the White House Student Film Festival.

Of 1,500 submissions, Gue was invited to screen his video at the White House—the youngest of the finalists. And he even got a humorous shot out from President Obama.