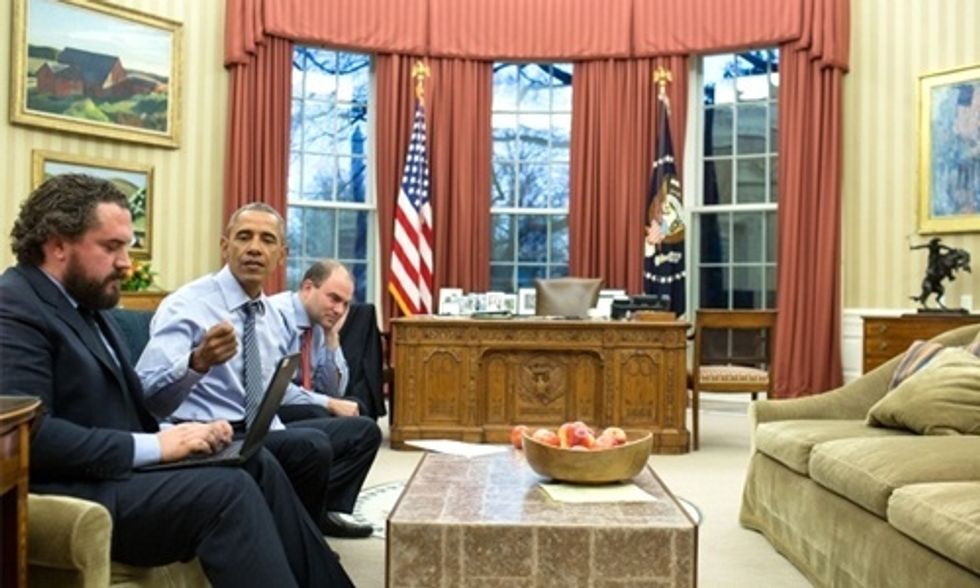 In his final State of the Union address, President Barack Obama ranked the importance of a climate change strategy on a par with national security, economic equality and a more effective political process.

Noting that the nations of the world have agreed to tackle the impact of a changing climate, Obama said, “Now we've got to accelerate the transition away from old, dirtier energy sources … And that's why I'm going to change the way we manage our oil and coal resources so that they better reflect the costs they impose on taxpayers and our planet. And that way, we put money back into those communities and put tens of thousands of Americans to work building a 21st century transportation system."

World Resources Institute President and CEO Andrew Steer applauded Obama's stated intention to act on climate in his last White House year. "In its final year, the Obama administration should not rest. I'm delighted that the president seems to be considering additional actions to ensure that the U.S. achieves its emissions reduction targets and sets the stage for even more progress ahead," Steer said.

Obama's strong statements follow a banner year for the administration on the climate front. The U.S. Environmental Protection Agency (EPA), Department of Energy and Department of Transportation (DOT) acted to help curb greenhouse gas (GHG) emissions from some of the country's biggest emission sources. These actions build on the EPA's and DOT's greenhouse gas and fuel economy standards for passenger vehicles and SUVs which were finalized in 2010 and 2012. The State, Local and Tribal Leaders Task Force on Climate Preparedness and Resilience has helped address local and state challenges while enhancing coordination at all levels of government to address climate impacts. And the newly established National Disaster Resilience Competition made almost $1 billion available to states and communities for cutting-edge projects to help recovery from past disasters and preparation for future ones.

U.S. leadership was instrumental in securing a universal global agreement with action by all to address climate change and spurring international action more broadly. From the joint announcement with China to launching a major new clean energy research and development initiative at Paris, the U.S. has been central to moving worldwide action forward.

But as this graphic shows, the U.S. still has work to do at home to advance climate action:

This year, there are six additional steps the Obama administration should take to help the U.S. meet its greenhouse gas reduction targets and cement the administration's climate legacy:

The EPA should continue working with states, electric utilities and other stakeholders to ensure that states are on track to submit their implementation plans. The EPA projects that the Clean Power Plan will reduce power sector GHG emissions by 32 percent below 2005 levels by 2030. And while the Clean Power Plan will be subject to legal challenges based on claims that the agency overstepped its authority under the Clean Air Act, the EPA has the authority and an obligation to regulate greenhouse gases. In fact, many of the states challenging the Clean Power Plan in court are still considering compliance options.

In August, the EPA proposed its first-ever rules targeting methane emissions from new and modified oil and gas equipment and infrastructure. However, much more can be done by also addressing methane leaks from existing sources. One recent study estimated that 40 percent of emissions from onshore gas development could be eliminated at an average cost of a penny per thousand cubic feet.

3. Step Up Action on Hydrofluorocarbons (HFCs)

Building on the EPA's actions on HFCs last year, the environmental agency should propose new rules to ban even more of the most potent HFC uses while also expanding the current list of climate-friendly alternatives. The EPA should also finalize its proposed rule to extend requirements for the servicing and disposal of air conditioning and refrigeration equipment that apply to other ozone-depleting substances (like chlorofluorocarbons and hydrochlorofluorocarbon) to include HFCs. That would help capture, reclaim and recycle more HFCs from existing equipment to reduce the amount of new HFCs produced. The Obama administration should also work with the international community to amend the Montreal Protocol to curb HFC production and use.

4. Lay the Groundwork for the Next Administration to Address Emissions from Industry

In December 2010, the EPA announced its intent to establish GHG performance standards for new and existing refineries, though it has not met its own deadlines for action. White House officials met with leaders from the industrial sector at the end of 2015 to discuss their efforts to reduce GHG emissions. The Obama administration should continue meeting with stakeholders to lay the groundwork for the next administration to address emissions from the largest industrial sources, like refineries and cement, pulp and paper, chemicals and iron and steel manufacturers.

The EPA and DOT should finalize the proposed second round of fuel efficiency standards for medium- and heavy-duty trucks. The EPA should also keep working on emissions standards for new aircraft while the Federal Aviation Administration expands programs to improve the operational efficiency of the existing aircraft fleet through its NextGen program.

This includes releasing a progress report on the recommendations from the president's Local Task Force on Climate Preparedness and Resilience, enhancing coordination of efforts at all levels of government to address climate impacts, creating better incentives for local and state governments to proactively invest in resilience strategies to avoid unnecessary costs and mandating that federal agencies better account for and track the costs of impacts from climate change.

These actions are consistent with World Resources Institute's 10-point action plan coming out of Delivering on the U.S. Climate Commitment, which examined pathways the U.S. can take to achieve its 2025 emission reduction target of reducing emissions 26-28 percent below 2005 levels by 2025. To achieve its climate goals domestically, the U.S. must act in these areas—while also increasing the nation's carbon sink and addressing emissions from off-highway vehicles, nitric and adipic acid manufacturing and PFC and SF6 sources. Future administrations can then build on this action to ensure deep U.S. cuts in GHG emissions by mid-century.

This year offers the U.S. a golden opportunity to maintain the international momentum for climate action it built in 2015. One important step Washington can take is to be among the first nations to sign and also join the Paris Agreement when it opens for signature on April 22—Earth Day. This move can be coupled with continued work on the U.S. relationships with China and other countries to undertake climate action. To support zero-carbon and climate-resilient pathways in developing countries, the U.S. should also meet its commitments to the Green Climate Fund, which the Obama administration has expressed its intent to do. Meanwhile, the U.S. can help shift to a zero-carbon economy by mobilizing resources committed as part of Mission Innovation, the new multi-country R&D initiative launched at Paris.

Strong domestic action can continue to build U.S. international climate leadership. By showing the resolve to cut its own emissions, the U.S. can accelerate climate action around the world.