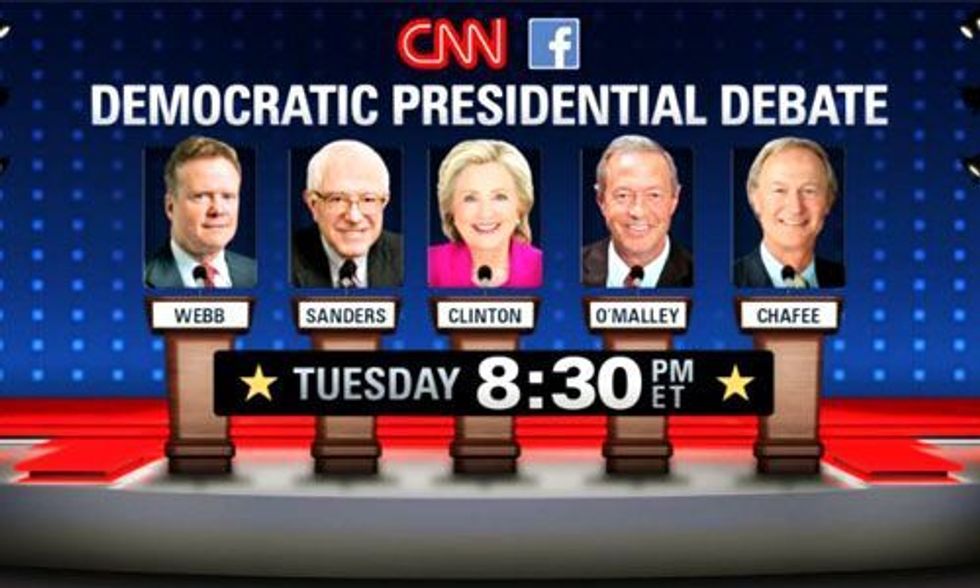 From Pope Francis’ historic visit and climate advocacy to President Obama’s groundbreaking Clean Power Plan, momentum for climate action and an economy powered by clean energy is building at a rapid pace. Just last week, Christine Lagarde, the head of the International Monetary Fund (IMF—the world’s most important international economic institution), called action on climate change a “macro-critical” issue that will determine the long term stability and vitality of all countries around the world.

The good news is that the world is acting and in a big way. China just joined the U.S. in leading the way forward on climate with historic commitments to curbing its carbon pollution and installing huge amounts of wind and solar. More than 151 countries, including more than 100 developing countries, have submitted plans for cutting and limiting their carbon pollution and ramping up clean energy.

As the Democratic party chooses its next nominee for president, action on climate and climate-smart policies, advocacy for the booming clean energy economy and ensuring we all have clean air to breathe and clean water to drink will be top priorities—and must be top topics of discussion. Recent polling shows that more than eight-in-ten registered voters nationwide (84 percent) favor “taking action to accelerate the development and use of clean energy in the U.S.,” including 72 percent of Republican voters and even 68 percent of self-identified conservative Republican voters. It is important that candidates address these issues and that debate moderators, including CNN’s Anderson Cooper, Dana Bash, Don Lemon and Juan Carlos Lopez, ensure these key issues are highlighted through debate questions.

These are some of the issues Sierra Club and our millions of members and supporters will be looking for the candidates to provide more detailed views and leadership on:

1. The Clean Power Plan & Beyond

The Clean Power Plan is the single most important action any president has ever taken to address the climate crisis. The plan implements the first ever national limits on carbon pollution from power plants and will help America reduce our carbon pollution by 32 percent from 2005 levels by 2030. As a result, it will help prevent up to 6,600 deaths and up to 150,000 asthma attacks in children every year. The next president must ensure that we actually achieve these reductions through strong enforcement while putting in place even stronger climate and clean air protections as our progress advances.

This year, the nations of the world aim to achieve a meaningful international agreement on climate action for the first time. While widespread state and local grassroots advocacy is pushing us beyond dirty fuels to clean energy, the U.S. has already shown that it is serious about leading the way forward through the Clean Power Plan. Leadership from the next president of the U.S. will be essential to implementing that agreement, as well as ensuring the world continues to act together and increase its ambitions over the next two decades—the make-or-break timeframe for Earth’s climate.

3. A Path Toward a 100 Percent Clean Energy Economy

We know that a 100 percent clean energy economy is inevitable, the only questions are how long it will take us to get there and whether we do so on time. Already, wind and solar are taking off across the country. Today, Iowa gets 28 percent of its electricity from wind and is anticipated to get 40 percent from wind just five years from now. The next president must be a stalwart advocate for wind and solar energy, as well as energy efficiency measures that save all families money. At the same time, it’s important to ensure that changes in the way we power our lives also benefit the workers and communities that have traditionally been reliant on dirty fuels. We need a president who gets it on clean energy and will be an ambitious leader with strong targets and goals for clean energy.

The dirty fuel industry loves nothing more than profits and it’s more than willing to sacrifice clean water, clean air and our entire climate for the sake of more. Two projects and proposals stand out for their outsized impact on creating huge amounts of carbon pollution while destroying some of the most incredible places on Earth.

There are many environmental and other reasons candidates for president must oppose the Trans Pacific Partnership, but top among them is the fact that it includes provisions giving corporations the right to sue a government for unlimited cash compensation—in private and non-transparent tribunals—over nearly any law or policy that a corporation alleges will reduce its profits. Using similar rules in other free trade agreements, corporations such as ExxonMobil and Dow Chemical have launched more than 600 cases against more than 100 governments. Dozens of cases attack common-sense environmental laws and regulations, such as regulations to protect communities and the environment from harmful chemicals or mining practices.

America's public lands are held in "public trust" for and by all Americans, providing opportunities to enjoy the great outdoors and come together to share experiences. That’s why it’s important to double down on the fight to preserve our wild heritage in the face of threats from mining, drilling and climate disruption. The next president must follow the bipartisan leadership of past administrations on conservation of our natural places. It’s more critical than ever that we protect vulnerable wildlife through preserving and expanding habitat; protect and restore wild forests and marine sanctuaries; and expand opportunities for all Americans to explore and enjoy nature by conserving and restoring tracts of natural lands near densely-populated areas.