6 Things You Need to Know About Food and Cancer 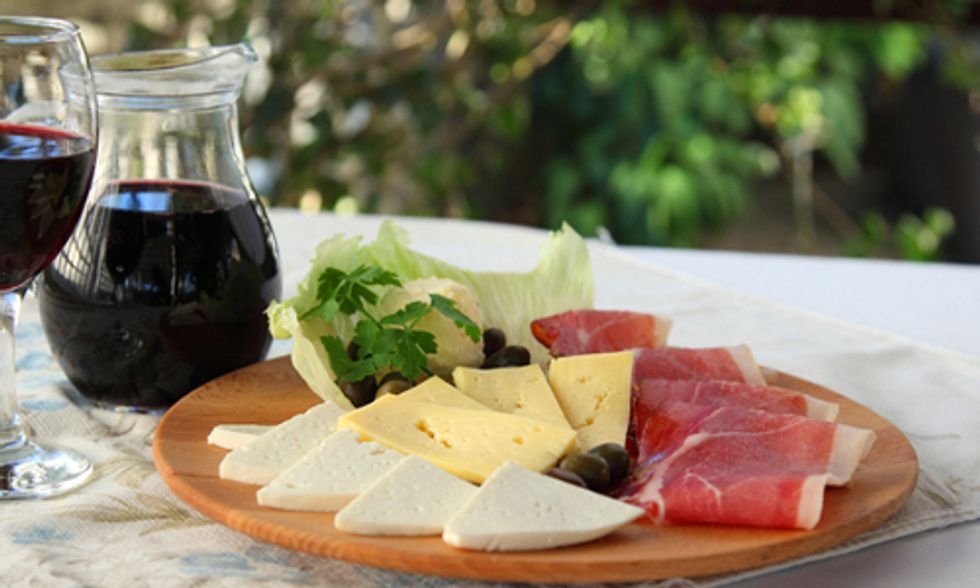 The notion of using food to prevent or delay the onset of certain ailments is centuries old—Hippocrates himself is famous for saying “Let food be thy medicine and medicine be thy food.” But, as more and more research is devoted to exploring how what we eat affects what diseases we get, the movement is just now gaining mainstream attention.

Recently, the Journal of the American College of Nutrition featured a list of dietary pointers compiled by the Physicians Committee for Responsible Medicine—a nonprofit group of health care professionals who advocate for preventive medicine—aimed at reducing a person’s risk for developing certain types of cancer.

Dietary pointers tell us that having too much meat, cheese or alcohol can be linked to cancer. Photo courtesy of Shutterstock

The argument that good nutrition is enough to ward off deadly diseases has its fair share of supporters and detractors. But the authors of the guidelines point out that their recommendations are “based on the principle that diet changes are justified, even when evidence on certain issues are up for debate.”

Here are a few of their tips:

Eating just one simple sausage link per day could up your colorectal cancer risk by 20 percent, while a small steak could bump it up to 28 percent. This is due to the cancer-contributing compounds found in many red and processed meats—nitrites, too many amino acids, heme iron and heterocyclic amines.

Take it easy on the alcohol.

The notion that a nightly glass of red wine is good for your heart is often used as an excuse to imbibe more often. But you may want to go easy on that extra serving. An additional drink each week increases larynx, pharynx and mouth cancer by as much as 24 percent. And since it’s the alcohol—as opposed to the additives—that appears to create problems, no alcoholic beverage is entirely benign.

Broiling, frying and grilling meats contributes to the formation of heterocyclic amines (HCAs). Eating HCAs may impair DNA functioning in the body, which can aid the growth of colorectal cancer.

For men seeking to avoid prostate cancer, abstaining from too much dairy may be an important step. A daily regimen of two glasses of milk has been shown to increase prostate cancer risk by as much as 60 percent in some men. And calcium supplements aren’t necessarily safe either. Men who take more than 400 milligrams of calcium each day could up their chances of prostate cancer by 51 percent.

Make friends with fruits and veggies.

A well-worn piece of food wisdom that nonetheless bears repeating, evidence consistently shows that men and women who consume greater amounts of fruits and vegetables are healthier overall. Leafy greens and cruciferous vegetables (kale, cabbage and broccoli, in particular) may help reduce colon cancer risk by as much as 18 percent, according to the Physicians Committee experts. For women, carrots and sweet potatoes have been dubbed especially potent at combating breast cancer. And (even though you may need an extra breath mint afterwards) increasing your intake of allium vegetables like garlic and onions could cut your gastric cancer risk.

Soy is a much-debated dietary element—especially when it comes to cancer. Some studies indicate that women who eat more soy have a decreased risk for developing breast cancer. Yet other investigations highlight a potential increase in cancer risk that corresponds with an increase in soy consumption. “Research on soy and cancer is highly complex, controversial and evolving,” according to Dr. Marji McCullough, strategic director of the American Cancer Society’s nutritional epidemiology and epidemiology research program. McCullough points out that the negative evidence against soy largely comes from studies conducted on mice and other rodents, which means that it may not be directly applicable to human beings. While the jury’s still out in terms of a definitive answer, McCullough says soy probably isn’t harmful, and the Physicians Committee doctors claim that natural forms of soy—organic tofu, tempeh and edamame are healthy options for women seeking to lessen their breast cancer risk.

In essence, these dietary recommendations closely mirror the ones espoused by many nutritional experts: load up on fruits and veggies, keep red meat and dairy products to a minimum, enjoy the occasional glass of alcohol and try to get most of your vitamins and minerals from natural foods, as opposed to supplements.

As study author Susan Levin, M.S., R.D., C.S.S.D., director of nutrition education for the Physicians Committee says, “There’s considerable benefit—and no harm—in loading up with plant-based foods. Large bodies of research show fruits, vegetables and legumes offer a variety of protective properties, so why not move these foods to the center of our plates?”