6 Striking Aerial Images Show How Deforestation Has Altered the Earth 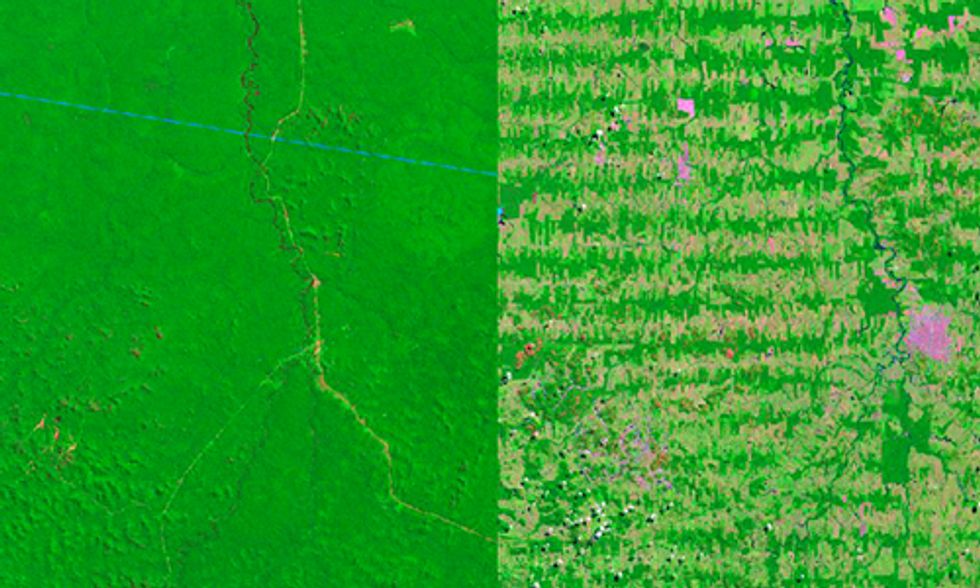 There's no debating that humans have greatly scarred the Earth. And, there's no better way to see the extent of that damage than via aerial images. Below are six NASA satellite images that show massive deforestation in many parts of the world.

The state of Rondônia in western Brazil. Left from 1975 and right from 2012. Photo credit: NASA

You can also watch this animation of images from 1975 until 2012, acquired by NASA's Landsat 5 and 7 satellites, showing enormous tracts of Amazonian forest disappearing in Rondônia, Brazil.

This NASA satellite image from Aug. 28, 2013 shows deforestation that has occurred in Peru near Tamshiyacu.

This NASA satellite image from 1988 shows widespread deforestation in Mexico compared to its neighbor Guatemala.

This image, taken in April 2001 from the International Space Station, shows scars from deforestation in Bolivia where the stripped land is used for agriculture. Each of the pinwheel stripped areas are centered around a small community.

These satellite images show before and after deforestation due to gold mining in the Peruvian Amazon.