6 Songs That Inspired a Better World 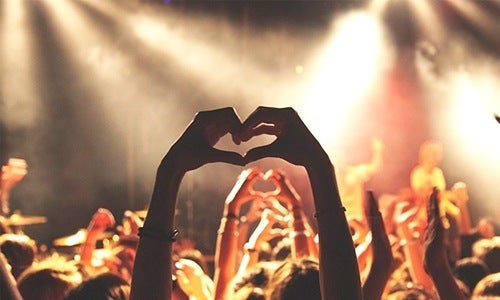 Millions of people coming together for one purpose is a beautiful thing. And with millions coming together this fall for 24 Hours of Reality to make world leaders take action on climate change, we figured the occasion called for music. Great music.

So as we look ahead to 24 Hours of Reality and our chance to make history at the UN climate talks in Paris, we wanted to look back at some of the songs that played their own part in making history.

Why? Look back at the great movements of the past 100-plus years and there’s been great music behind them. Songs to march to. Songs that somehow found the words for what millions were feeling. Songs that could look squarely at the pain, sorrow and confusion all around and still inspire hope. Songs that reminded people what they were fighting for and roused them to greater things than they dared believe possible.

Which is why we’re partnering with our friends at Live Earth—the celebrated production team behind the Live Earth concerts in 2007—to make great music with performances from artists all over the world part of 24 Hours of Reality and Live Earth: The World Is Watching on Nov. 13 – 14.

So as we look ahead to 24 Hours of Reality and our chance to make history at the UN climate talks in Paris, we wanted to look back at some of the songs that played their own part in making history. While there’s no way for a list like this to be even close to complete—for every anthem below, there are at least five more we didn’t have the space to include—but each song here has inspired countless listeners to dream of and work for a better world. And that’s a beautiful thing. Listen and take heart.

“March of the Women”

The March of the Women (Shoulder to Shoulder) from Wild Love Music on Vimeo.

As the movement for universal suffrage gathered steam on both sides of the Atlantic, Dame Ethyl Smith wrote this hymn in 1910 to inspire British suffragettes, dedicating it “[T]o the Women’s Social and Political Union,” one of the leading and most vocal organizations working for the franchise. Performed by a contemporary ensemble in the clip here, the musical style and sensibilities evoke an earlier time, but the determination shining through is timeless.

“Which Side Are You On?”

In 1931, thugs hired by the local mine company came to the home of Sam Reece, a union organizer for the United Mine Workers in Harlan County, Kentucky. He escaped just in time, but his wife, Florence, had to watch these company deputies search her house and terrorize her children. Her response was to write “Which Side Are You On?” that very night. While Pete Seeger’s cover helped bring the song to widespread attention, the simmering rage and rasp of Reece’s rendition reaches into the soul with a question that still resonates today.