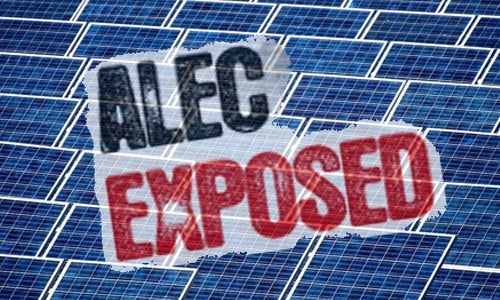 The American Legislative Exchange Council—popularly known as ALEC—operated in the shadows for years, writing its so-called “model legislation,” which has been introduced and promoted in state assemblies across the country by member legislators. 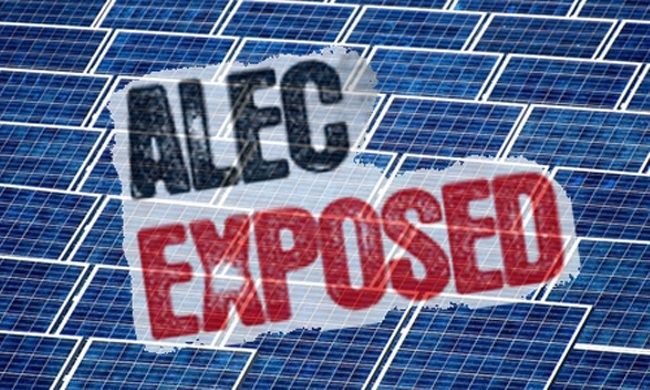 That legislation features a conservative “free market” agenda—weakening unions, fighting increases in the minimum wage, reducing corporate taxation, supporting gun owner rights and fighting against the environmental regulations despised by its funders from the fossil fuel industry such as Exxon Mobile and the Koch brothers. Among other things, it’s pushed for states to withdraw from climate compacts, penalize rooftop solar installations and repeal renewable portfolio standards.

ALEC has been around since 1973. But it’s only in the past five years that the public has become more aware of its existence and its mission. Maybe that’s why, despite some successes, it’s starting to lose some key battles. Here are the top six:

1. In the last year, ALEC-affiliated legislators in multiple states introduced bills to repeal states renewable portfolio standards (RPS), which were widely established by overwhelming bipartisan majorities in the last 10 years to encourage the growth of renewable energy industries, such as solar and wind, by requiring a certain percentage of energy to be generated by theses sources in the state. Despite several attempts to challenge these RPS laws, ALEC and its allies, such as Americans for Prosperity and the Heartland Institute, have not succeeded. However three states—Ohio, West Virginia and Kansas—have passed ALEC-affiliated legislation that altered its renewable energy goals.

Ohio froze its RPS for two years. Kansas reached a compromise that substituted voluntary standards for mandatory ones but took penalties for the wind industry off the table. And, according to the American Wind Energy Association, “West Virginia did not actually have an RPS. This standard (not counted as one of the 29 RPS laws) could have been met entirely without renewable energy. Besides renewables, the eligible resources included ‘advanced coal technology,’ coal bed methane, natural gas, including any component of raw natural gas, fuel produced by a coal gasification or liquefaction facility, and tire-derived fuel, among others. The law was enacted in 2011 and required no compliance until this year, 2015, but is now repealed.” 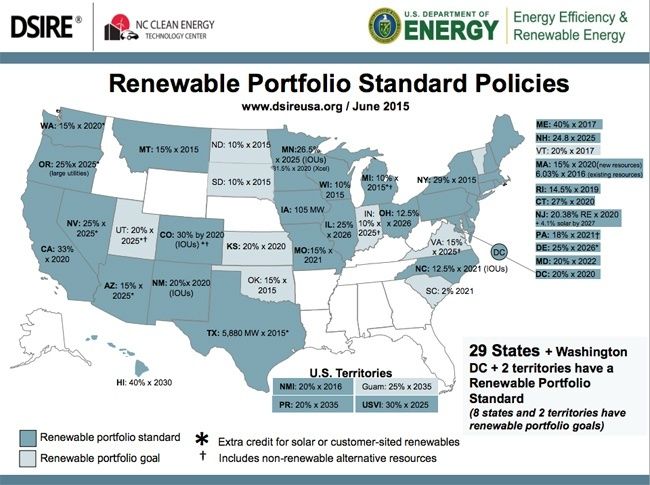 These efforts are meeting resistance in other states too such as North Carolina where business and environmental groups are pushing back against a repeal bill introduced by an ALEC-affiliated legislator. Even the state’s big utility Duke Energy isn’t supporting the repeal. The state is third in the U.S. in the amount of solar power on its grid, thanks to its RPS. Apple already has two huge solar farms in the state and is developing a third. And the University of North Carolina is pushing ahead with a study on the potential for offshore wind farms off the state’s coast. RPS repeal bills have also failed to advance in Colorado, Arizona, New Mexico and New Hampshire. 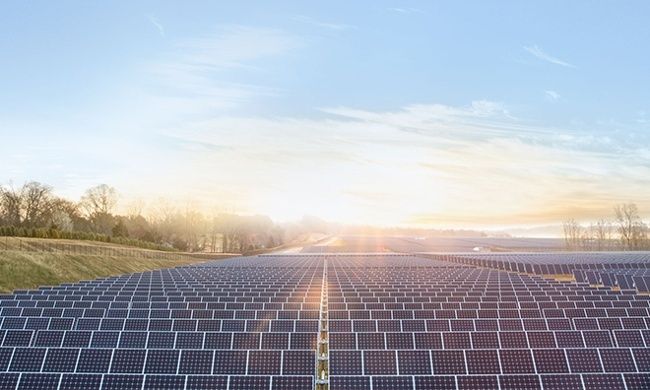 Solar and wind are exploding in North Carolina, with Apple building its third solar farm there, despite ALEC-driven attempts to repeal its renewable portfolio standard. Photo credit: Apple

2. In Florida, ALEC joined with big utilities to launch an attack of rooftop solar, undermining its claim to “free market” principles. Former State Rep. Jimmy Patronis was ALEC’s Florida chair and last September, Gov. Rick Scott appointed him to the Public Service Commission, which regulates utilities. But an odd-bedfellows coalition of free-market advocates, Tea Party members, progressive environment organizations and Christian groups fought back in the sunny state that should be one of the country’s solar leaders, and they’re starting to make some inroads. The coalition, Floridians for Solar Choice, is working on a 2016 ballot initiative that would deregulate solar power, allowing third party-funded solar leasing and electricity sales by private parties, policies that have driven solar growth elsewhere. Perhaps bowing to the inevitable, two big utilities, Florida Power & Light and Duke Energy Florida, have announced large-scale solar projects. 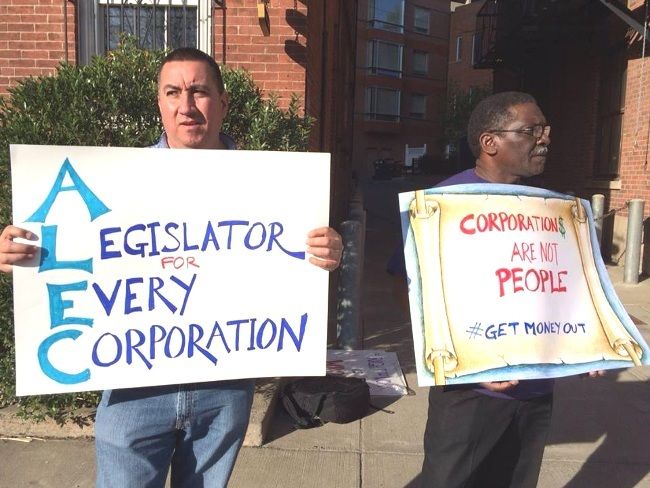 3. The parade of high-profile businesses who were corporate members of ALEC has grown to a stampede, thanks to pressure campaigns by advocacy groups like Common Cause. and anti-climate denier group Forecast the Facts. Microsoft, Facebook, Yelp!, Yahoo, eBay, T-Mobile, BP and Google all dropped their memberships in the past year. Walmart, General Motors, Visa, Amazon and McDonalds departed in the previous three to four years as public awareness of ALEC’s controversial stands and activities increased. Last September, Google CEO Eric Schmidt told NRP host Diane Rehm that its membership in ALEC was a “mistake,” saying “The facts of climate change are not in question anymore. Everyone understands climate change is occurring, and the people who oppose it are really hurting our children and our grandchildren and making the world a much worse place. And so we should not be aligned with such people—they’re just literally lying.”