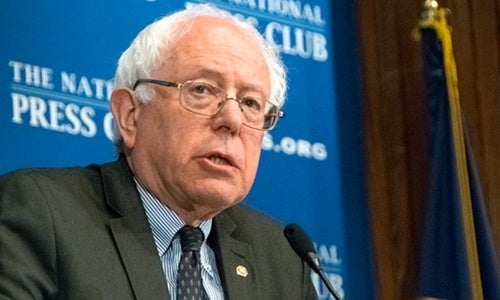 Three weeks ago, a slightly disheveled U.S. senator wandered out to the front lawn of the Capitol Building and declared his campaign for president. Bernie Sanders, an avowed democratic socialist from the small state of Vermont, was in. 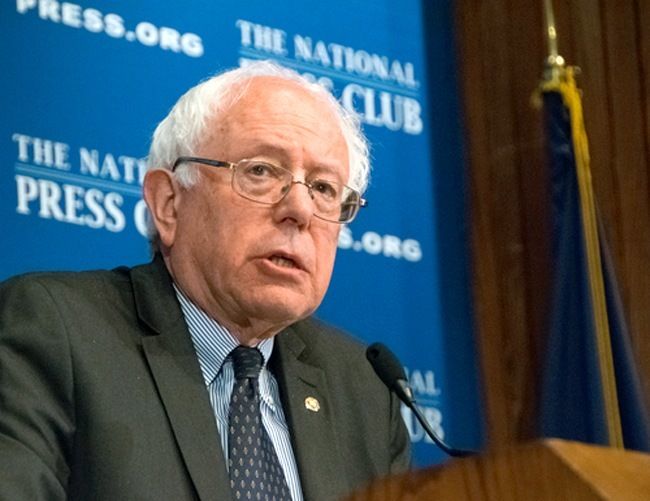 The simplicity and directness of the setting signaled that Sanders wasn’t just another candidate in a crowded race, but a whole different kind of challenger. As Sanders was quick to warn, “People should not underestimate me.” He’s not kidding. As Sanders’ career has demonstrated, he doesn’t just hold policy positions, he acts on them.

That Sanders is in the Senate at all is somewhat amazing. Sanders is the first Socialist elected in Senate history, no mean feat in the days when neoliberal economic policy rules.

But where it would have been the easiest thing in the world to change the (I) after his name to a (D), Sanders stuck with the affiliation. “I wouldn’t deny it,” he said. “Not for one second. I’m a democratic socialist.” (note the “democratic” part; Sanders is quick to distance himself from the autocratic iterations of his philosophy.)

Not only does he not deny it, he flaunts it. New York Times political profilist Mark Leibovich paid the then just-elected socialist a visit in his brand new office and noticed the socialist accents were a bit heavy:

But he does little to airbrush the red “S” from his political profile. On the wall of his Congressional office hangs a portrait of Eugene V. Debs, the Socialist Party presidential candidate of the early 20th century. A poster in a conference room marks Burlington’s sister-city relationship with Puerto Cabeza, Nicaragua—one of a few such alliances he forged with cities in Marxist states during his 10-year stint as mayor of Vermont’s biggest city in the 1980s.

And where Reagan-inflected patriotism is the standard campaign rhetoric, Sanders openly praises Scandinavian socialism. “What’s wrong with that?” he asked ABC News’ George Stephanopoulos. “What’s wrong when you have more income and wealth equality? What’s wrong when they have a stronger middle class in many ways than we do, higher minimum wage than we do and they are stronger on the environment than we do?”

2. He Trounced a Self-Funded Billionaire

Don’t knock winning as a socialist, not even in Vermont, which despite its solid-blue reputation voted for a Democratic president only once before 1992. (That would LBJ; the liberal northeastern Republicans balked at Barry Goldwater in 1964.)

But Sanders didn’t just win; he trounced a self-funded tech billionaire, the exact kind of person he warns is taking over the American political system. A novelist could not have devised a more fitting villain for Sanders’ 2006 campaign than business mogul Rich Tarrant. (Sanders, by contrast, is one of the few non-millionaires wandering the halls of the Senate.) Tarrant spent a whopping $7 million of his own money to defeat Sanders, turning the race into one of the most expensive Senate campaigns in history. He had little to show for it. Sanders beat him by a 2-1 margin, meaning Tarrant spent almost $100 per vote.

Along the way, Tarrant cut some vicious ads going after Sanders for out-of-context votes. Sanders’ distaste for negative campaigning lasts until today, as he reminds every cable news pundit who tries to make him take a potshot at Hillary Clinton.