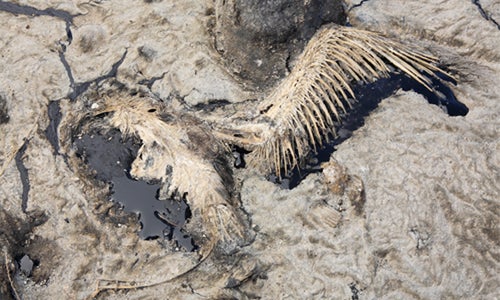 Things don’t seem to be getting any easier for Big Oil and I am going to venture a guess that 2015 is going to be their toughest year yet. 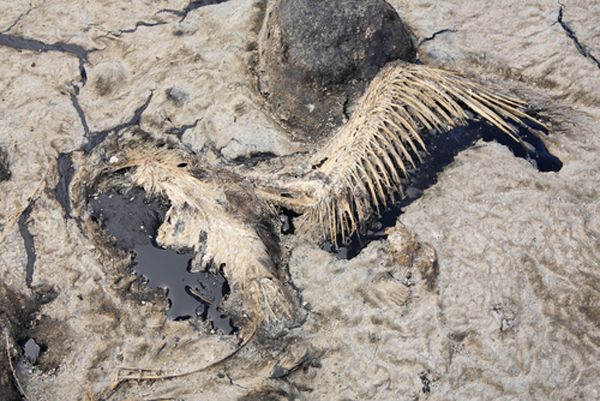 Here are a few of the hurdles that are only going to grow for the industry over the coming year:

You can ignore the science, resist the science or support politics that doesn’t believe in science, but you can’t change the science. 2014 captured the title of hottest year on record, marking the 38th consecutive year that global temperatures have been above average. California is still grappling with the impacts of the biggest drought in memory, and “once in a century” storms, floods, fires and droughts have become a joke as they hit with increasing frequency.

Big Oil can’t change the fact that their product is driving dangerous climate change, nor the fact that if the world is going to avoid the worst of it, the majority of fossil fuels that we know exist are going to have to stay underground. The science is definitive and decision makers are running out of ways to avoid taking it seriously.

People get it. More than 400,000 of them came to the biggest climate march in history in New York in September with tens of thousands more joining marches in hundreds of cities around the world. Across North America, people are stopping tar sands pipelines. There is not a single major tar sands pipeline that is not threatened by public opposition on the continent, and these delays are making a dent in pollution and are a material risk to fossil fuel expansion.

Driving and inspiring much of this opposition is resistance from people on the front lines of climate change and fossil fuel extraction: First Nations in Alberta standing up to the tar sands, landowners in Nebraska saying no to the inevitable risks of Keystone XL, and vulnerable and impacted communities globally refusing to let climate impacts go unnoticed. This movement is growing by the minute.

Even before the precipitous fall of oil prices in late 2014, fossil fuel projects were being cancelled in places like the tar sands and the Arctic Ocean. It is quite simply not great economics to bet the farm on high cost, high risk, and high carbon projects. Even with oil prices more than $100 per barrel in early 2014, three major tar sands projects were mothballed due to uncertain economics (driven in large part by public concern and transportation constraints).

Now, with oil prices a shadow of what they were kicking off 2014, analysts say at least $59 billion dollars of capital is on the brink of deferral in the tar sands over the coming 3 years, with the potential of knocking off 650,000 barrels of oil per day. Bad news for big oil, great news for the climate. Countries and regions that made the high risk bet to balance their budgets based on high oil prices are scrambling, and everyone is absorbing the harsh reminder that oil prices are unstable, unpredictable, and uncertain.

The concepts of stranded assets and unburnable carbon gained even more traction over the past year, with the Governor of the Bank of England saying in no uncertain terms that the majority of fossil fuel reserves are unburnable. This echoed messages from the likes of the International Energy Agency and the World Bank—not exactly environmental activists. The mainstream economic chatter is changing.

On top of this are the people-powered movements calling for divestment from fossil fuels. These campaigns are moving billions; not enough to topple the industry, but enough to command attention and prove that this conversation has the moral magnitude of other historic successful divestment campaigns.

Admittedly, this is the slow moving beast. The perpetual challenge is getting politics and politicians to look beyond terms and think about the well being of anything more than 4 or 8 years down the road. Especially when this means turning their backs on the fossil fuel lobby, which has been pouring money into keeping friendly politicians in power for decades.

That said—all hope is not lost. President Obama has made some inspiring and ambitious remarks on climate, and with a final Keystone XL decision sitting on his desk, recent statements suggest he is poised to make the right call, change the status quo, and reject the pipeline. The climate deal between China and the U.S. is also promising and shifted the global political discussions in a meaningful way. Across the continent, politicians are feeling the heat on their inaction on climate change. In Canada, heading into an election year, poll-leading opposition leaders are starting to backtrack on previous support for major tar sands infrastructure.

The message is starting to penetrate: A failure to act on climate change will have political costs.

Renewables are putting a squeeze on fossil fuels. Solar energy had some spectacular breakthroughs in 2014 and the growth in solar capacity in the first three quarters of last year represented 36 percent of new electricity capacity in the U.S. (compared to 9.6 percent in 2012). In Germany, solar generated half of the country’s electricity on one day in June, setting both records and precedent for what we can expect from the rapidly improving and increasingly affordable technology.

Other leaps have been made in the sector, with wind and electrification of transport. Low oil prices are an obvious risk to renewables, especially in a world where fossil fuels continue to receive unnecessary subsidies and renewables are forced to play on an uneven playing field (it is high time to Stop Funding Fossils by the way). However, Bloomberg has done some number crunching that suggests that we should not assume that demand for oil would soar with the price drop and analysts are saying that energy markets today are markedly evolved and renewables will hold their own.

In late 2015, Paris will host the climate talks, the meeting where global leaders are supposed to hammer out the next big deal. While we are not holding our breath for leaders to rise to the occasion in any spectacular way, one thing we are certain about is that they are going to feel the heat.

Let’s make 2015 the year that puts an end once and for all to the myth that fossil fuels are an inevitable centerpiece of our future. The real inevitability is an era where Big Oil is no longer the status quo, and where we build our communities, economies and lives around energy that that is safe, reliable and clean.