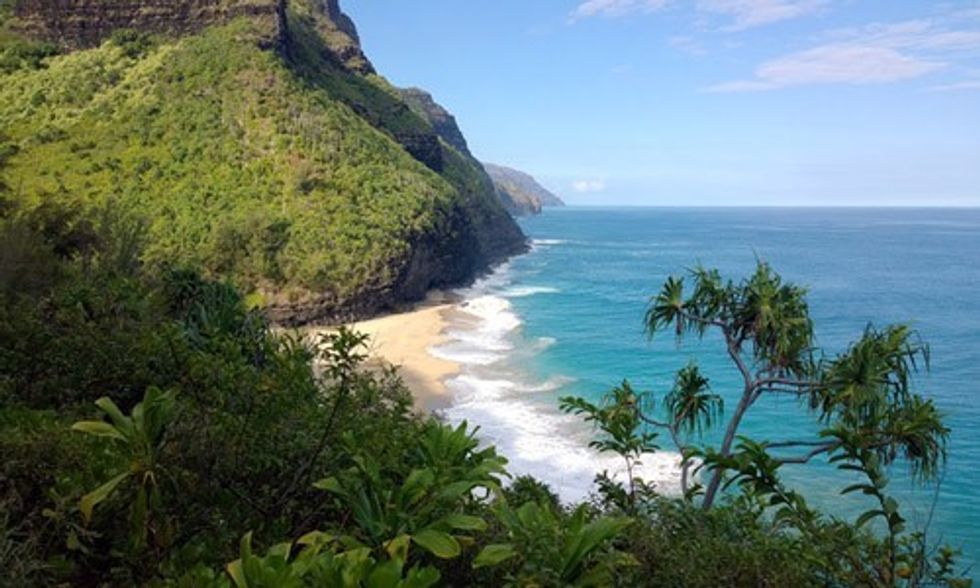 If you're craving warm weather and sandy beaches, and looking to add some physical activity to your next island vacation than look no further than these six unbelievable island hikes.

The Caribbean island nation of Dominica, home to about 300 miles of trails, is known as "the Nature Isle." Waitukubuli National Trail, the Caribbean's first long distance walking trail, runs the entire length of the island and gives hikers a glimpse of all that the island has to offer.

The 115-mile trail is made up of 14 segments, and showcases the island's 365 rivers, 12 waterfalls, lush rainforests, hot springs and the Morne Trois Pitons National Park, a UNESCO World Heritage Site.

Several marked and maintained trails wind their way along the coast through mangrove thickets, onto pebbled beaches and out to rocky overlooks. Other routes take you into the mountains, where you'll pass through moist and dry tropical forests before reaching summits with breathtaking views of the Caribbean Sea.

The Kalalau Trail is an 11-mile trail that leads from Ke’e Beach to Kalalau Beach along the Na Pali Coast on the island of Kauai in Hawaii. The trail climbs up to towering sea cliffs, drops down to lush valleys and all the way down to sea level. Hawaii is home to a large number of endemic species, or species that can only be found there, so the flora and fauna are sure to delight.

Gros Piton and Petit Piton are St Lucia’s two volcanic mountains. Hiking to the top of Petit Piton is no longer allowed by the St. Lucia government due to erosion and soil instability. But Gros Piton, at 2,619 feet above sea level, offers breathtaking views of the island, including Petit Piton, and the surrounding Caribbean waters.

It's a Unesco World Heritage site, so you are required to use a guide and pay a $30 fee for the hike to the top. Hikers should be in fairly good shape as you will gain 2,000 feet of elevation in just a few hours. But the rewarding view at the top is well worth it.

Greece's biggest island, Crete, offers a wide range of terrain from "gentle plateaus dotted with windmills to canyons and mountains," according to Lonely Planet. Look out for the island's famed wild goat, the kri-kri, as you hike through Samaria Gorge, Europe's longest gorge at nearly 10 miles.

Saba is a Dutch protectorate in the Lesser Antilles. Photo credit: Flickr/Richie Diesterheft

The Dutch territorial island of Saba is known as the "Unspoiled Queen of the Caribbean." It's largely made up of the the potentially active volcano Mount Scenery, which, at 2,910 feet, is the highest point of the entire Netherlands.

"Hikers can explore the marked interior trails or simply follow the island’s main road that starts at sea level and travels through the four little villages on the way up to the top that is capped by a pristine cloud forest," Readers' Digest explained. "The entire island is a protected nature reserve—both topside and underwater."