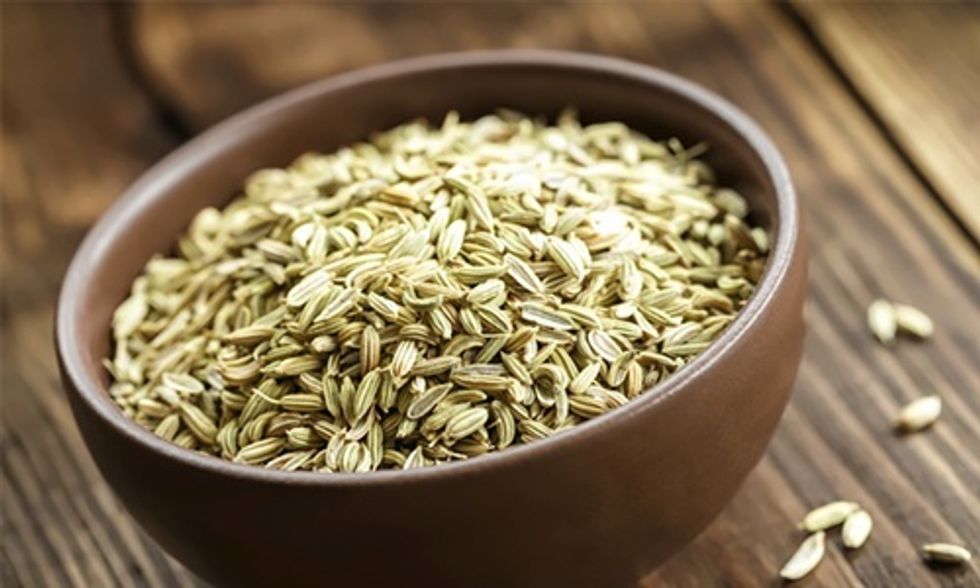 If you have ever dined at an East Indian restaurant, you may have noticed the dish of colorful seeds ready to be eaten on the way out. These tiny seeds are fennel. Millions of individuals in India chew on fennel after meals in the same way many cultures use mints. The most common way to use fennel seeds is to help with digestion, but there are several others.

Sweet aromatic fennel is a flavorful herb that gives your meals a delicious taste.

Fennel seeds stimulate digestion while having calming effects. This makes it very good for soothing the digestive system and keeping nausea at bay. Chewing a teaspoon of fennel seeds after meals or drinking fennel seed tea helps with digestion, stomach pains and bloating. For more extreme nausea its best used ground up in capsules with ginger, as they work together well.

For the ginger and fennel, do not exceed dosage recommendations. Be sure to consult with your doctor if you are pregnant, nursing or taking any medication.

At the Islamic Azad University in Toyserkan, a study was performed with 80 female students and the results showed fennel to help reduce menstrual discomfort and duration.

Extracts of fennel have estrogen properties that help balance the female reproductive system. The hormonal imbalance caused by menopause has been shown in to be reduced with consumption of fennel seed extract.

Fennel seed oil decreased intensity of colic in babies. In one study it was able to eliminate colic in 40 of 62 infants in its treatment group. The scientists noted that the effective prescription medication for colic, Dicyclomine hydrochloride, had serious side effects, including death in 5 percent of infants treated. Fennel does not have these side effects.

Note: Best for pregnant women not to use fennel in medicinal remedies or while nursing. Small amounts as food flavoring are thought to be safe. Also, for some sensitive people it may cause contact dermatitis.

While the benefits of fennel are certainly interesting enough, it also has an interesting history. From the Gale Encyclopedia of Alternative Medicine:

Now that you have learned the many benefits of fennel, you will want to make sure you have some in your kitchen cupboard to make your meals extra yummy.

Fat Is Not the Enemy