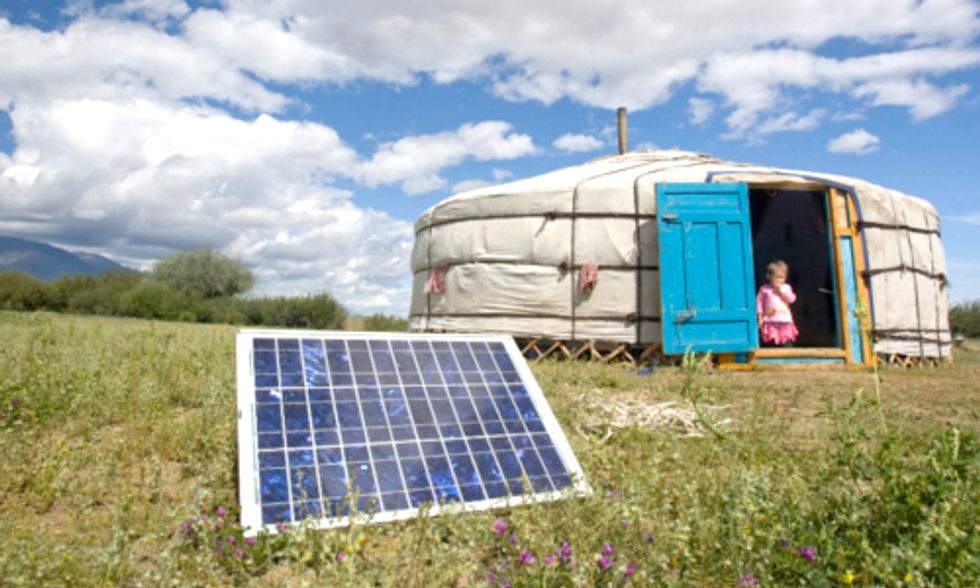 The latest round of U.N. climate talks came to a close in Bonn, Germany last week, with negotiators agreeing to start drafting the international climate agreement set to be finalized in 2015. As negotiators look towards the next United Nations Framework Convention on Climate Change (UNFCCC) meeting in June, they’re faced with a key question: What does this agreement actually need to accomplish in order to help the world rise to the climate change challenge?

The answer to this question is decidedly complex. The agreement must perform several “functions” in order for countries to both significantly reduce their emissions and prepare for the impacts of a warmer world. We’d like to put forward six of these functions in order to stimulate discussion on how the 2015 agreement can effectively usher in a low-carbon, climate-resilient future.

Transparency and accountability are among the things that should be included in the international climate agreement. Photo credit: Matthias Zepper/Flickr Creative Commons

Provide a strong signal for government, business and investors.

In other words, the agreement should make it clear that a low-carbon economy is not only inevitable, it is coming rapidly. This signal would prompt the public and private sectors to decarbonize while also shifting economic and development models onto more sustainable pathways.

The agreement could help send this signal by:

Connect the global agreement to the “real economy.”

There is currently a disconnect between national economic and development plans and international climate goals. For example, emissions-reduction targets—such as those expressed against a business-as-usual scenario or as carbon-intensity goals—seem far away from the day-to-day decisions that countries and companies take. The 2015 agreement should link more closely into national development and economic priorities in order to help usher in a low-carbon economy.

The 2015 agreement could better resonate with national decision-makers and business leaders if it takes an integrated approach. For example, those countries that currently have national emissions-reduction goals and targets should continue with those, but they could be complemented with measures that link into national priorities much more closely, like increasing renewable energy or energy efficiency or phasing out fossil fuel subsidies. Under the current climate regime, there is no systematic and transparent inclusion of such “policy commitments.”

This would help governments, the private sector, and civil society both understand countries’ climate action commitments and hold them accountable.

Measuring, reporting and verification are important elements of the existing climate regime, but more clarity is needed on how countries can be held accountable for meeting—or failing to meet—their emissions-reduction commitments. Countries could agree to account emissions reductions based on the type of commitments they sign up for. For example, emissions-reduction targets would be held to one set of rules, while policy commitments would be held against a different set of metrics. The agreement could also explore how its verification and review mechanism could more effectively keep countries on track and address those that are not meeting their commitments.

Some of this acceleration and shift in investments will occur through the clear signals mentioned above, but additional decisions will be required to really build a low-carbon economy. The agreement should help capitalize the Green Climate Fund, identify new sources of funding, and perhaps start to align a set of financial institutions with climate-resilient initiatives.

Every country will need to feel that the agreement is fair and equitable in order for this to be a truly global climate action plan. The agreement could help achieve a sense of fairness by evaluating all countries’ emissions-reduction plans against a set of agreed-upon “equity indicators.”

This means ensuring that these communities have the technology, capacity, and finance they need to protect themselves against sea level rise, extreme weather events and other impacts of a warmer world.

The 2015 agreement could ensure implementation of existing adaptation plans while also creating adaptation-specific finance objectives that are linked to the level of mitigation. It could also include new insurance mechanisms for when communities experience loss and damage as a result of climate impacts.

Of course, these are just a few of the many functions the 2015 agreement will need to achieve. And even within these six functions, there are many different options for how they could be fulfilled.

The bottom line is that achieving international cooperation on climate change hinges on creating an agreement that’s fair, effective and ambitious. These six functions could help achieve those goals—and help the world rise to the climate change challenge before it.