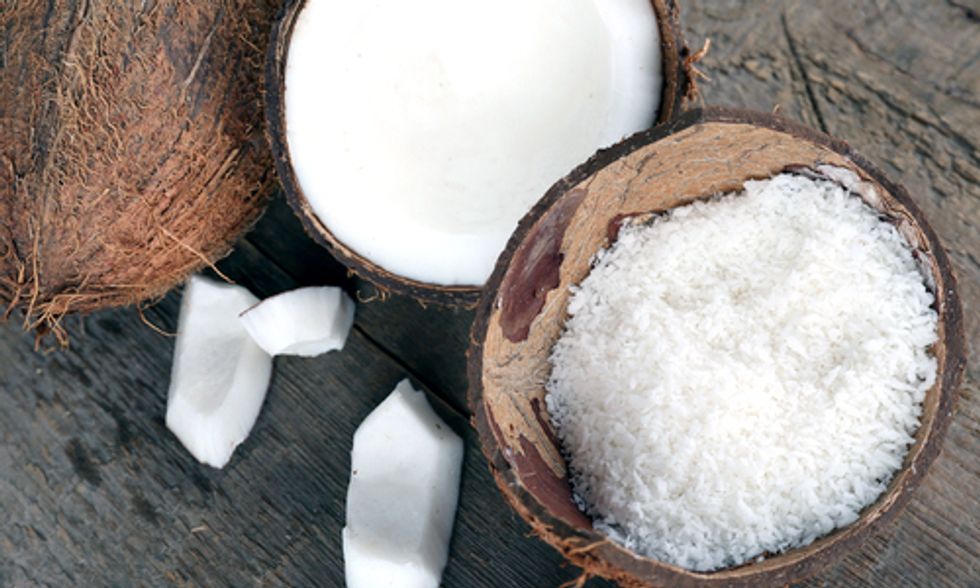 A perfect example of a healthy food that has been demonized by mainstream nutrition professionals is coconut oil.

It has mainly gotten a bad rap because it is very high in saturated fat.

But as we know, saturated fat is not so bad and what we’re left with is a perfectly healthy cooking oil.

Coconut Oil Got a Bad Rap in The Past

Coconut oil is one of the richest sources of saturated fat you can find, with around 90 percent of calories as saturated fat.

Saturated fat was unfairly demonized a few decades ago by a few biased but highly influential scientists. However, new studies show that there is no association between saturated fat and heart disease.

These studies have no relevance to the unrefined, organic, virgin coconut oil that is commonly found in health food stores today… which is the subject of this article.

Populations That Eat a lot of Coconut Are Healthy

If coconut fat were bad for you, then we should see some very sick people in populations that eat a lot of it.

But we don’t. Populations who eat a large percentage of calories from coconuts are much healthier than Western nations.

Both of these populations had no traces of cardiovascular disease despite the high saturated fat consumption and were overall in exceptional health.

Bottom Line: Populations that eat a lot of coconut are in excellent health.

Coconut Oil Has a Unique Composition of Fatty Acids

Coconut oil is very different from most other cooking oils and contains a unique composition of fatty acids.

The fatty acids are about 90 percent saturated.

This makes coconut oil highly resistant to oxidation at high heats. For this reason, it is the perfect oil for high-heat cooking methods like frying.

These fatty acids go straight from the digestive tract to the liver, where they are likely to be turned into ketone bodies and provide a quick source of energy.

Epileptic patients on ketogenic diets often use these fats to induce ketosis while allowing for a little bit of carbs in the diet.

Bottom Line: Coconut oil is rich in saturated medium chain fatty acids. They are resistant to high heat and can easily turn into ketone bodies in the liver.

Populations that eat a lot of coconut are in excellent health.
Photo credit: Shutterstock

The most abundant fatty acid in coconut oil is the 12-carbon Lauric Acid, which is broken down into a compound called monolaurin in the body.

Lauric acid and monolaurin are both very interesting due to the fact that they can kill microbes like bacteria, fungi and viruses.

For this reason, coconut oil can be protective against various infections.

Bottom Line: The main fatty acid in coconut is an efficient killer of pathogens.

It also had favorable effects on blood coagulation factors and antioxidant status.

In a study of women with abdominal obesity, coconut oil increased HDL and lowered the LDL:HDL ratio, while soybean oil increased Total and LDL cholesterol and decreased HDL.

Coconut oil may be protective against heart disease, not the other way around.

There is considerable evidence that coconut oil can help you lose weight.

Medium chain triglycerides have also been consistently shown to promote weight loss in both animal and human studies:

Substituting other calorie sources for coconut oil is likely to help you lose weight.

Like I mentioned above, coconut oil is likely to turn into ketone bodies in the liver.

Ketone bodies can provide energy for the brain. They are particularly useful against epilepsy and may also improve various other disorders.

To top it all off, coconut oil goes with almost any food and tastes awesome.