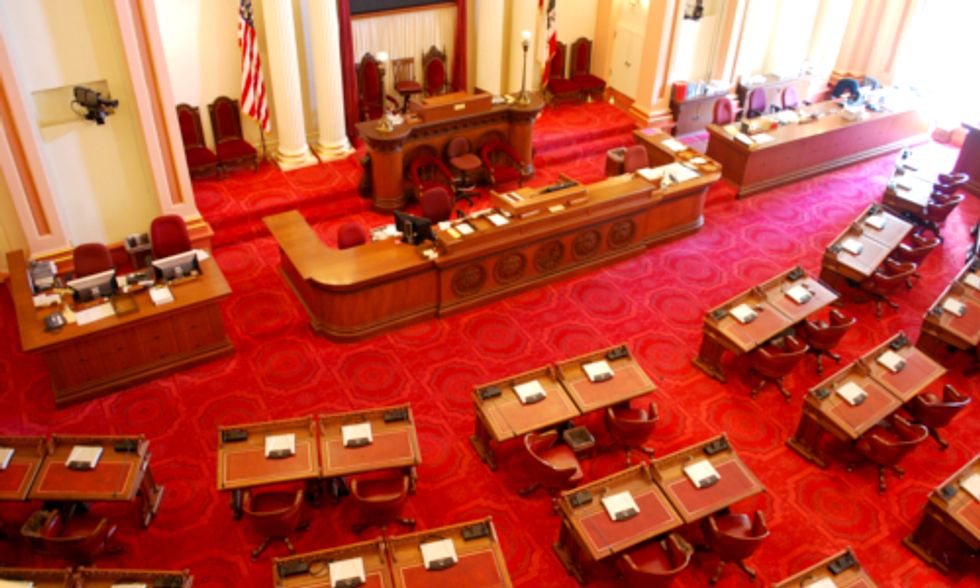 A group of U.S. senators says it has enough votes to not only approve the controversial Keystone XL pipeline, but push it past President Barack Obama.

The group consists of all 45 Republican senators and 11 Democrats. They introduced legislation for the pipeline on Thursday.

Sen. Joe Manchin, D-W.Va., appeared on Fox News to announce that he believed pipeline proponents had enough Senate votes to give TransCanada the green light and that a vote would happen soon. Despite charges of unfair land contracts and research indicating that the pipeline would significant exacerbate our climate, Manchin says the issue is ensuring the country's energy security.

A Senate vote on Keystone XL is expected this week. Photo credit: League of Women Voters of California/Flickr Creative Commons

The senator argued that the pipeline was a more environmentally friendly means of transporting oil to refineries. There's no doubt that a measure would pass in the Republican House of Representatives. Last year, a non-binding resolution to support the pipeline passed by a 62-37 count in the Senate.

Environmental groups weren't pleased with the news, but are confident that the Administration will say no to dirty tar sands oil when all is said and done.

"We see this as a purely political move," Jane Kleeb, director of Bold Nebraska, said in a call with reporters, according to the Huffington Post. "We think the president will be true to his word that he wants to see the process play out."

Kleeb also appeared via phone on MSNBC's The Ed Show. The issue is discussed, beginning at the 1:53-mark of the below video, with Kleeb's interview following.

This week would likely be the last time senators debate the pipeline before November elections. The Administration could veto such a bill, but it would take 67 votes to override one. Does Manchin believe supporters can find a few more votes?

White House press secretary Jay Carney denounced the potential for Congressional force to push the pipeline through the approval process.

With just four votes needed to reach a "filibuster-proof" majority of 60 votes, The Hill listed Delaware Sen. Chris Coons as one of the Democrats the pipeline supporters would try to convert. His spokesman said that's not going to happen.

"Sen. Coons believes the law makes clear that it's up to the administration to make permitting decisions like this one,"Coons spokesman Ian Koski told the site. "He's frustrated with how long it's taking for a decision to be made, but doesn't think it's Congress' role to be issuing construction permits."

In response, 350.org is encouraging people to call their senators' offices to encourage them not to vote for the pipeline.

"This pipeline would be a climate disaster, and if the senator is serious about fighting climate change, then they should vote ‘no' on any bill that approves Keystone XL," the organization's script reads.