550+ Elected Officials Call on Gov. Cuomo to Lift Shroud of Secrecy Around Fracking 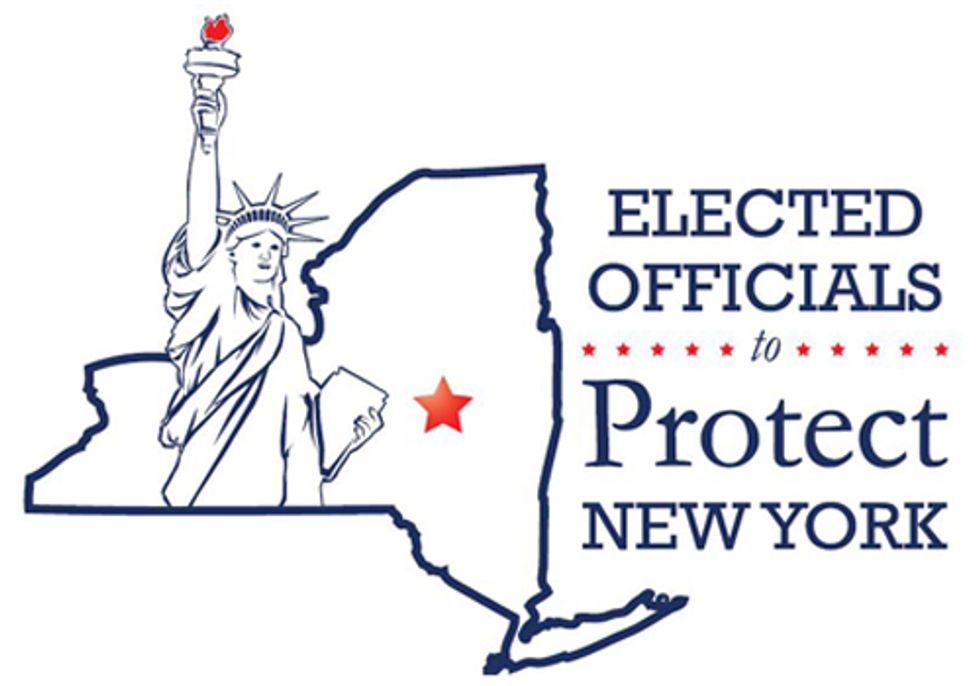 Today, Elected Officials to Protect New York—representing more than 550 elected officials from all 62 counties in New York—held a press conference at Syracuse City Hall to release a letter detailing objections to the quiet release of irrelevant regulations on Nov. 29 and the secrecy and inadequacy of the state's health review.

Today marks the deadline for three outside experts to finish reviewing the Department of Health’s (DOH) internal review of the health impacts of fracking. By contract, those experts were given only 25 hours to perform their review. Based on impacts explored in the now 4,000-page Supplemental Generic Environmental Impact Statement (SGEIS), have the Department of Environmental Conservation (DEC) and the DOH done so little to evaluate the public health impacts of fracking that it can be reviewed in 25 or fewer hours? The elected officials will detail their concerns and release a letter to Governor Cuomo, DEC Commissioner Martens and DOH Commissioner Shah with information and requests stemming from their recent meeting with Commissioner Martens and DOH officials.

The letter notes that this process has confused New Yorkers, noting a contradiction in the DEC's message to the public around the revised regulations released on Nov. 29, and calls on Governor Cuomo, Commissioner Martens, and Commissioner Shah to lift the “shroud of secrecy around New York’s review of fracking.”

At the press conference, Syracuse City Council Chair Kathleen Joy said, “As the potential ramifications of fracking weigh heavily on our constituents, transparency and public participation are crucial to ensure the best interests of New Yorkers and to restore the public’s trust in the state's review.”

The letter by Elected Officials to Protect New York explains grave concerns over public statements by one of the three reviewers, Lynn Goldman, who has indicated she is not living up to the task of determining the health impacts of fracking on public health, which is what New Yorkers were led to believe she had been contracted to do. Instead, Goldman has indicated she is making a judgment call about the comparative health impacts of fracking versus coal, which would seem to contradict DEC Commissioner Martens' statement that “Obviously if there was a public health concern that could not be addressed we would not proceed.”

Martha Robertson, chair of the Tompkins County Legislature, said, “Commissioner Martens told us in a meeting on Nov. 13 that they've made substantial changes to the SGEIS. We believe it is good policy—and the law—that the public must have an opportunity to see and weigh in on such significant changes. What matters to New Yorkers is whether the DEC's review of fracking is done right, not how much time has been spent on it. A process that New Yorkers don't trust can only yield a decision that New Yorkers don't trust.”

On Nov. 29, the DEC quietly released revised regulations to get a 90-day extension. The elected officials explain in their letter that it is backward to release regulations before the health review and SGEIS are finished since the regulations must be based on both. They note that by the DEC's own admission, the revised regulations—which the public is supposed to comment on starting Dec. 12—will under no circumstances be the actual regulations that the DEC would use. They question if the "Dec. 12 - Jan. 11 comment period is just a fig leaf, to make it appear that the DEC is being transparent and open, and following the law."

Village of Cooperstown Trustee James Dean said, "This order of events could suggest to New Yorkers that this is a politically motivated decision when that may not be the case. The Village of Cooperstown, an internationally known tourist destination, is also the home of the Bassett Healthcare Network. Bassett is an integrated health care system that provides care and services to people living in an eight county region covering 5,600 square miles in upstate New York. We are all very concerned about the short and long term negative heath consequences of hydro fracking in New York State. Our entire future rests on clean water, clean air and environmentally responsible leadership at all levels of government in New York State."

Syracuse City Councilwoman Jean Kessner said, “This is no time for secrecy and exclusion of New York's own medical and scientific experts, or the public. Governor Cuomo must make the health review public and open it and the SGEIS for public comment."