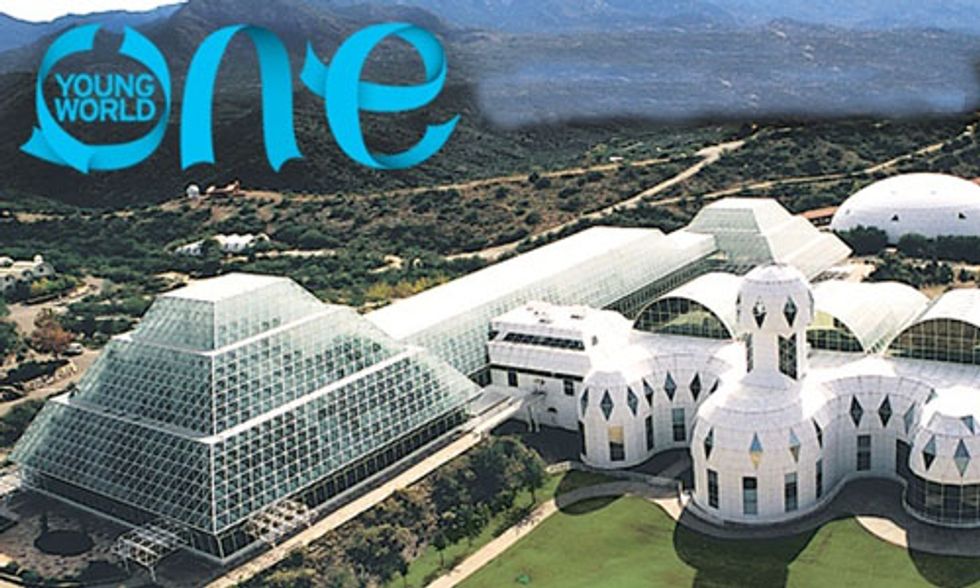 By Ella Robertson, One Young World

Here are five things it will deliver:

One Young World is unique among conferences in that many, if not most, of our keynote speakers and presenters are under the age of 30. Despite their young age, they are already world experts in their fields: Take, for example, 21-year-old Parker Liautaud; he has undertaken three expeditions to the North Pole and one to the South Pole, all to conduct climate research. Parker will be speaking at the Environment Summit—and, in fact, all delegates who have their tickets by April 20 will be eligible to apply to give a speech or presentation.

An initial roster of speakers will be announced later this month, with the full list being released closer to the event. In the meantime, here is a sneak preview of the world-class lineup we will be bringing to Arizona:

Ron Garan: A former NASA astronaut, Garan lived and worked in space for 178 days. He will speak on the subject of Planet Earth as a Fragile Oasis and his perspective on the environment after spending six months on the International Space Station.

Christine Milne: Milne was a senator for Tasmania and leader of the Australian Green Party until 2015, when she resigned after 25 years in politics. She will discuss why political action on the environment has been unsuccessful and holding workshops to mentor delegates who are interested in entering the political arena.

Lord Karan Bilimoria CBE, DL: Lord Bilimoria co-founded Cobra Beer, for which he's now chairman. As a longtime supporter of issues surrounding water, he will speak about water security and the work he is doing to deliver clean water and sanitation.

These world experts will be joined by leading academics from the University of Arizona, including Joaquin Ruiz, the UA Dean of Science—who is a member of both the Mexican and American Academy of Sciences—and important environmental organizations including Water.org and WildAid.

Biosphere 2 was built in the '90s to conduct experiments about whether humans could survive in space—it now functions as the world's biggest lab for studying the environment. Owned by the University of Arizona since 2011, the Biosphere contains a rainforest, savannah grasslands, a fog desert, mangroves and an ocean with a beach. Delegates will take part in workshops in and around the Biosphere, which will provide an inspirational setting for discussions.

As well as a full program of talks and activities, One Young World will link delegates together through bespoke workshop tracks, using technology to bring together delegates who share interests and have high collaboration potential. The breakout sessions will be highly interactive and often science based, enabling delegates to network while learning from world experts and each other. Delegates will also experience true Southwestern hospitality from the community of Tucson during a special downtown dining and social event when they will also get exclusive access to University of Arizona facilities including the Mt. Lemmon SkyCenter.

The most important expectation from the Environment Summit is that genuine solutions will be generated and put into action. Since One Young World was founded in 2010, more than 8.9 million people have been impacted by initiatives inspired by the summits, with 2.7 million people impacted in 2015 alone. The young leaders who will be coming to Arizona in May will demonstrate that this in not just another environment conference—it is a genuine source of tangible solutions for how we can make our companies, countries and communities more sustainable. As we say at One Young World: The world doesn't need another youth conference, but it does need young people to be the change they want to see.