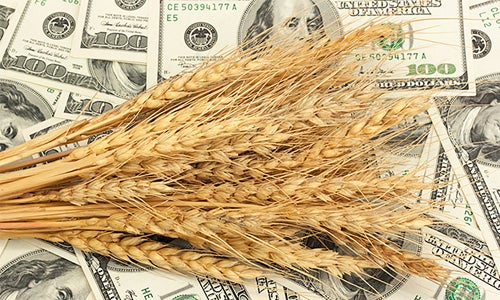 Fifty members of the Forbes 400 list of the richest Americans—banking tycoon David Rockefeller Sr., Microsoft co-founder Paul Allen, stockbroker Charles Schwab and dozens of other billionaires—received at least $6.3 million in farm subsidies between 1995 and 2014, according to an Environmental Working Group (EWG) analysis. And these fat cats likely received even more subsidies through the federal crop insurance program. 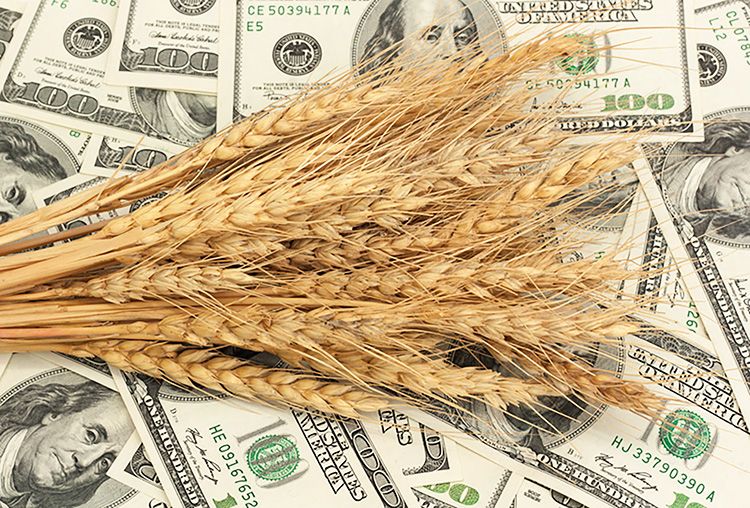 EWG matched EWG’s Farm Subsidy Database with the Forbes 400 list. We found that the billionaires who received farm subsidies between 1995 and 2014 have a collective net worth of $331.4 billion, based on Forbes’ estimates of their wealth.

Some of the other notable members of the 1 percent who got farm subsidies include Commerce Secretary Penny Pritzker, the owners of three professional sports teams and the founder of the Bass Pro sporting goods empire.

Of the 50 billionaires, 46 grow corn, soybeans, sorghum, cotton, rice and barley—commodities that are eligible for both traditional farm subsidies and crop insurance subsidies. Only two of the billionaires exclusively raise livestock, which aren’t eligible for subsidies but qualify for disaster assistance. 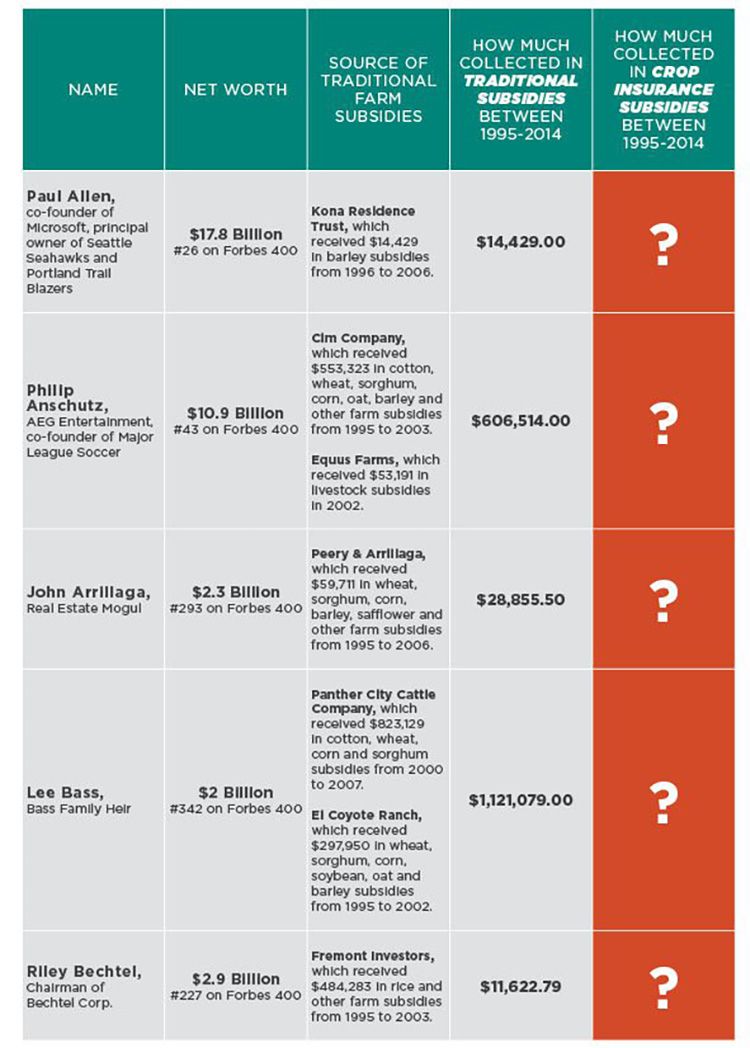