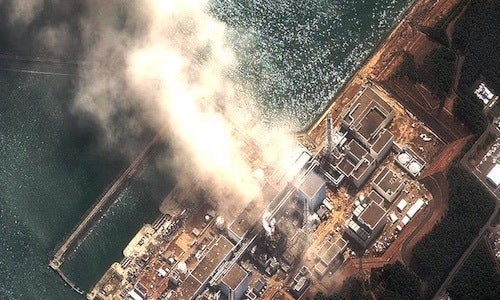 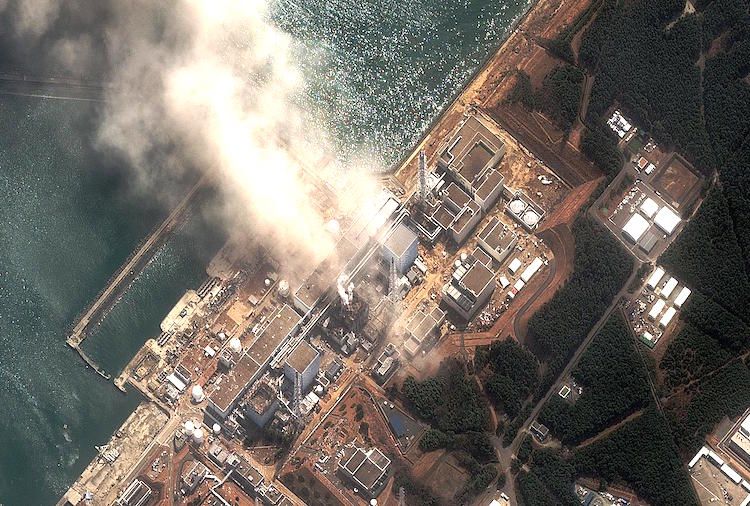 A satellite image shows damage at Fukushima I Nuclear Power Plant In Fukushima Prefecture. The damage was caused by the offshore earthquake that occurred on March 11, 2011. Photo credit: Greenpeace

Former Tepco chairman Tsunehisa Katsumata and former vice presidents Ichiro Takekuro and Sakae Muto were charged with contributing to deaths and injuries stemming from the nuclear meltdown triggered by the March 11, 2011 earthquake and tsunami.

Their indictment is Japan’s first criminal action taken in connection with the nuclear crisis. If convicted, the three men could face up to five years in prison or a penalty up to 1 million yen.

According to The Japan Times, the trio have been blamed for injuries to 13 people, including Self-Defense Forces personnel, hydrogen explosions at the plant and the deaths of 44 patients who were forced to evacuate from a nearby hospital. The indictment seeks to answer in court the question of whether the three bosses should be held criminally responsible for the disaster, the publication stated.

Tepco had been warned years earlier about the dangers of an earthquake and a tsunami hitting the plant. According to The Japan Times, the inquest committee said the former executives received a report by June 2009 that the plant could be hit by a tsunami as high as 15.7 meters and that they “failed to take pre-emptive measures knowing the risk of a major tsunami.”

The three executives were not taken into custody and are likely to plead not guilty to the charges arguing that it was impossible to predict the size of the tsunami, according to Abc.net.au. The trial is not expected to begin until next year.

Still, many have been encouraged by the indictment.