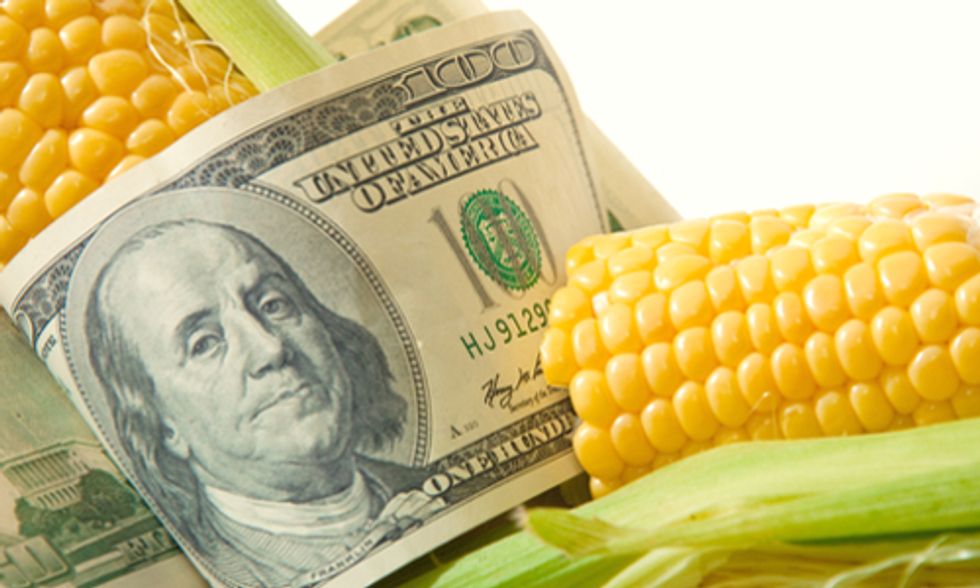 Today the U.S. House of Representatives passed the Farm Bill, which fails to make meaningful reforms to correct this imbalance in our food policy:

The Farm Bill eliminates the “Direct Payments” program—long the poster child for wasteful agricultural subsidies, known for handing out checks to rich landowners who don’t even farm. But in a political sleight of hand, the bill plows more than half the savings from cutting Direct Payments into a new subsidy program that will continue to give handouts to large agribusinesses that don’t need our tax dollars.

The new “Shallow Loss” programs would lock in the record high prices of recent years. A study commissioned by the Environmental Working Group found that if prices fell, the new program could cost taxpayers $20 billion more over the next decade than the discredited “Direct Payments” program.

Since 1995, just four percent of agribusinesses have made off with three quarters of the subsidies. Yet the bill does next to nothing to reduce or eliminate subsidies for agribusinesses with high incomes. For millionaire farmers, the checks will keep on coming.

The bill fails to put any cap on how big a check an agribusiness can receive to help pay its insurance bill. Currently, taxpayers pay more than 60 percent of the premiums for insurance that compensates agribusinesses for poor yields, price declines or both. On top of that, taxpayers pay 15 private insurance companies $1.3 billion to run the program.

Because the program has no caps, 26 agribusinesses have received more than $1 million in a single year, while 80 percent get $5,000 on average, according to a study from the Environmental Working Group.

Instead of reining in this program and capping how much agribusinesses can receive, the bill would actually expand it.

The Farm Bill makes no changes to the $200 million per year Market Access Program, which has subsidized ad campaigns for giant agricultural companies and their trade associations. Companies receiving funding have ranged from McDonald’s to Fruit of the Loom. Taxpayer money has even been used to pay for a reality TV show in India to promote cotton. Companies are perfectly capable of buying their own airtime—they don’t need taxpayer dollars to subsidize their ads.

At a time when America faces an obesity epidemic, billions in subsidies underwrite the production of junk food additives. Between 1995 and 2012, U.S. PIRG research found that $19.2 billion subsidized four common junk food additives, including high fructose corn syrup. That’s enough to buy every kid under 18 eight 2-liter bottles of soda every year. By contrast, the subsidies for apples—the only fruit or vegetable that gets significant subsidies—would pay for less than half of an apple for each taxpayer.

Visit EcoWatch’s FOOD and HEALTH pages for more related news on these topics.