5 Ways Students Are Fighting for Their Future 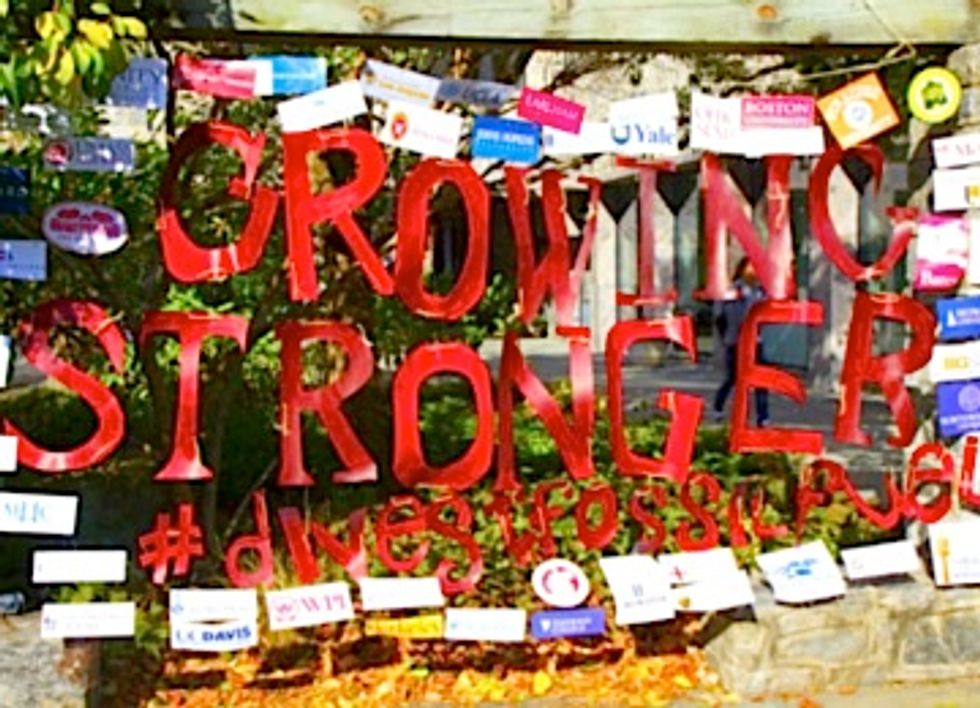 Young people, as they have for decades in movements around the world, are pushing and pulling the environmental movement to be bolder, and here are some stories to prove it.

Activists across the country are continuing to connect the dots from corporate polluter money to politicians and the so-called “climate debate.” Scientists who are paid off by the likes of the Koch Brothers and Exxon are being called out by students like Hannah Noll in Wisconsin on their conflicts of interest in public. Politicians who think they’re just going to shake hands and kiss babies on the campaign trail are getting asked some tough questions that have global climate consequences by young activists from coast to coast.

2. Students Have the Moxie to Confront Major Corporations On Their Summer Break

Who says corporations run the show? Student activists joined Greenpeace to confront destructive tuna company StarKist at company headquarters in Pittsburgh, PA. Over the course of two weeks this summer activists talked to more than 1,000 residents, gathering photos and petition signatures from consumers who want the company to change its fishing methods. They delivered those messages to the company’s doorstep, held up signs and banners outside the office building and drove in scores of phone calls to the company from concerned members of the public. In other words, StarKist got the message and the ball’s now in their court.

This isn’t your grandma’s climate conference, either. PowerShift has been held every other year since 2007, spreading to several countries, and a lot of good work has come from it. In 2009, students went directly from PowerShift to a march on the Capitol coal plant in Washington DC with thousands of others from across the country to demand clean energy. In 2007 and 2011, hundreds of students met with their members of Congress to demand climate legislation. This year’s conference promises to see more than 15,000 young people traveling to Pittsburgh, PA, for a long October weekend of workshops, planning and action.

4. Students Push Their Campuses to Demand Clean Energy and Settle for Nothing Less

From campus divestment efforts to campaigns to shut down the nearly 40 coal plants powering (and polluting) U.S. college and university campuses—including the largest one in the country at Michigan State University—students are rising up with support from organizations including 350.org, the Sierra Club and Greenpeace. They are demanding an end to the cozy relationship between the fossil fuel industry and higher education endowments and to the on-campus plants that are spewing dirty pollution in the surrounding areas. And they won’t stop until their demands are met.

5. They Put Their Money Where Their Mouth Is

Over the last eight or more years, college campuses—over 50 to date—have established green funds to pay for sustainability projects or purchase clean energy. Most of these funds were established after successful student-led campaigns to pass referendums, several of which passed with more than two-thirds vote in favor.