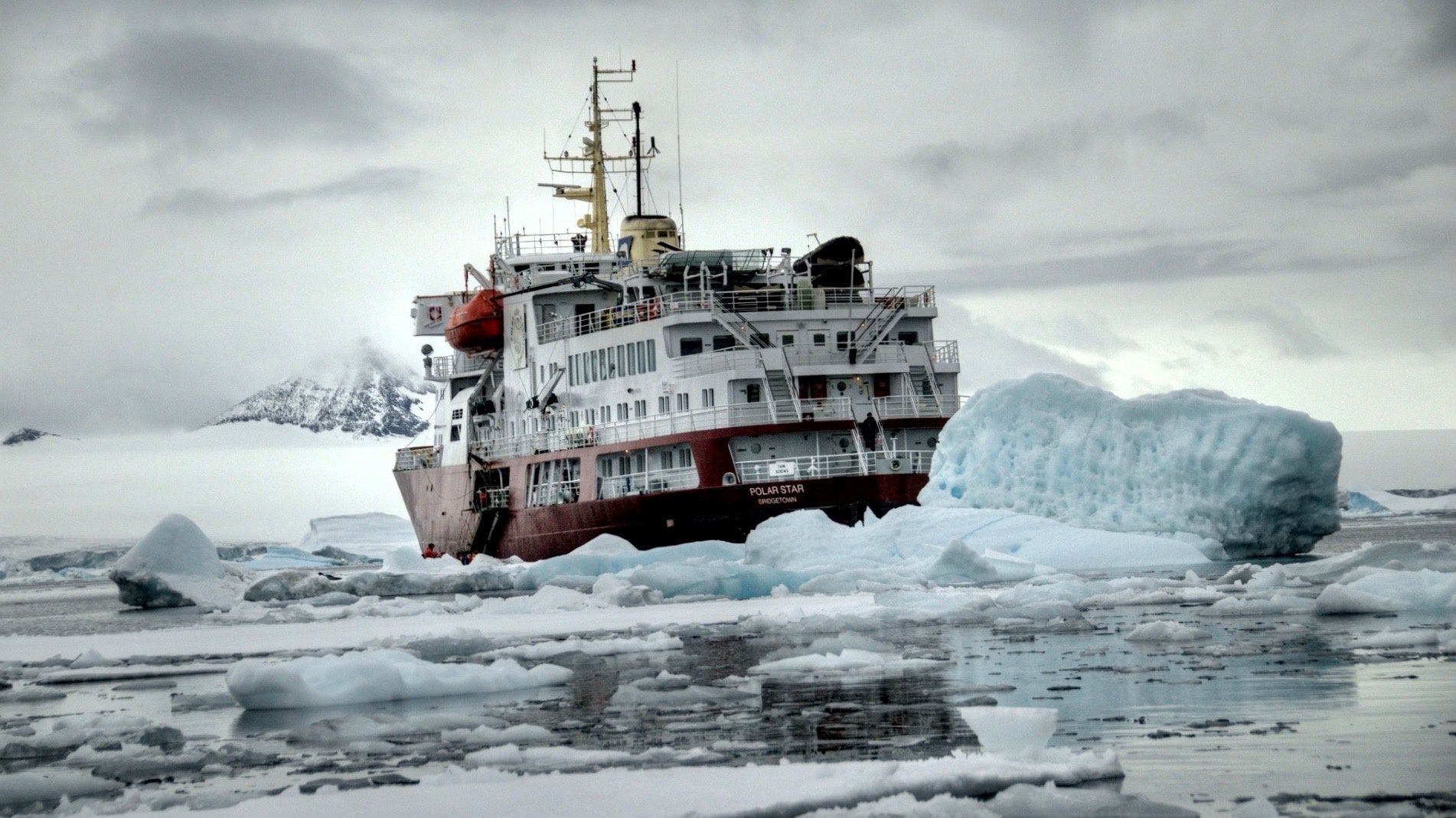 Part of Joellen Russell’s job is to help illuminate the deep darkness — to shine a light on what’s happening beneath the surface of the ocean. And it’s one of the most important jobs in the world right now.

Russell is a professor of biogeochemical dynamics at the University of Arizona. From that dry, landlocked state, she’s become a leading expert on how the climate is changing in the Southern Ocean — those vast, dark waters swirling around Antarctica.

“This is an age of scientific discovery,” she says. But also, “it’s very scary what we’re finding out.”

Researchers like Russell have been ringing alarm bells in report after report warning that the world’s ocean waters are dangerously warming. Most of the heat trapped by the greenhouse gas emissions we’ve spewed into the air for decades has actually been absorbed by the ocean. Over the past 25 years, that heat amounts to the equivalent of exploding 3.6 billion Hiroshima-sized atom bombs, according to Lijing Cheng of the Chinese Academy of Sciences and lead author of a new study on ocean warming.

Now we’re beginning to witness the cascading repercussions of that oceanic warming — from supercharged storms to dying coral reefs to crashing fisheries.

There’s still a lot left to learn about these problems, but here’s a look at some of the top findings from researchers, along with what they hope to uncover next.

There’s no doubt among scientists that the ocean is heating and we’re driving it.

The latest confirmation is the study by Cheng and colleagues, published this month in Advances in Atmospheric Sciences, which bluntly stated, “Ocean heating is irrefutable and a key measure of the Earth’s energy imbalance.”

The study found ocean waters in 2019 were the warmest in recorded history. And that follows a pattern: The past decade has also seen the warmest 10 years of ocean temperatures, and the last five years have been the five warmest on record.

“Every year the ocean waters get warmer, and the reason is because of the heat-trapping gases that humans have emitted into the atmosphere,” says John Abraham, one of the study’s coauthors and a professor in mechanical engineering at the University of St. Thomas. “It’s concerning for sure.”

2. The Southern Ocean Has Been Hit Worst

Much of this warming occurs between the surface and a depth of 6,500 feet. It’s happening pretty consistently across the globe, but some areas have experienced higher rates of warming. One of those is the Southern Ocean, which has acted as a giant sink, absorbing 43 percent of our oceanic CO2 emissions and 75 percent of the heat, scientists have concluded.

That’s because the ocean basin functions like an air conditioner for the planet, says Russell. Strong winds pull up cold water from deep below, and then the cold surface water takes up some heat from the air. When the winds slow, the water sinks, more cold water rises, and the process repeats.

“The sinking water isn’t warm, per se, just a bit warmer than it was when the wind pulled it up,” she says. “In this way the Southern Ocean can sequester a lot of heat well below the surface.”

For that reason what happens in the Southern Ocean is globally important. And it makes new findings all the more concerning.

Normal upwelling of waters from deep in the Southern Ocean has traditionally brought nutrients to the surface, where they then get moved by the Antarctic Circumpolar Current, the world’s strongest ocean current, to feed marine life in other areas. But new research from Russell and colleagues found that this process will be disrupted as warm waters cause the Southern Ocean’s ice sheets to melt even faster. This will change the historical upwelling and could trap nutrients instead of pushing them out.

That, she says, will “begin to starve the global ocean of nutrients.”

3. A Lot of Changes Are Happening 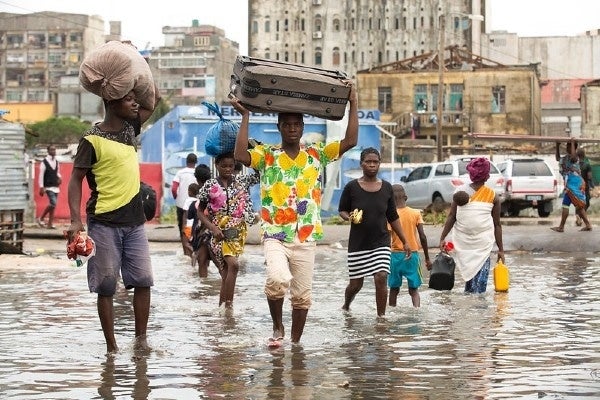 The aftermath of Cyclone Idai, one of the deadliest storms in history, in Mozambique, March 2019. Denis Onyodi / IFRC / DRK / Climate Centre / CC BY-NC 2.0

As bad as that sounds…there’s a lot more.

One of the most obvious results of ocean warming is higher sea levels. That’s caused in part because water expands as it warms.

But there’s also the effect on sea ice. The warmer the water gets, the more ice melts — as is happening in Antarctica. Not surprisingly rates of global sea-level rise are accelerating. This means more property damage, storm surges, and waves lapping at the heels of our coastal communities.

it can make drier conditions worse, too. When air rises and cools below the dew point, it turns into clouds or precipitation. “But in places like Arizona or Australia, where rain is generally formed when air is pushed upward over mountains, “the warmer atmosphere might not be cold enough to cause rain,” explains Russell. “This is how a warmer atmosphere carrying more moisture might actually rain less in some places — contributing to drought and therefore fire.”

The recent study in Advances in Atmospheric Sciences identified warming waters as “one of the key reasons why the Earth has experienced increasing catastrophic fires in the Amazon, California, and Australia in 2019 (extending into 2020 for Australia).”

And that’s not all.

Warming ocean waters also contribute to the rise of colonies of algae that can produce toxins deadly to wildlife and sometimes people.

These harmful algal blooms pose a problem even way up in the Gulf of Alaska, where the annual algae season has gotten longer, says Rick Thoman, a climate specialist with the Alaska Center for Climate Assessment and Policy at the University of Alaska Fairbanks.

“That’s all, of course, due to warmer water,” he says.

The biggest change in the region may be along the coast of the Bering Sea, where water temperatures have historically been too cold for the blooms to occur — but that’s starting to change.

“Now the water temperatures are getting up to the point where they’re warm enough to support these harmful algal blooms,” Thoman says. Toxins from the blooms can work their way up the food chain and have even shown up in some marine mammals in the areas. “People are concerned about whether it’s safe to eat their staple foods,” he says.

4. Marine Heat Waves Are Getting Worse 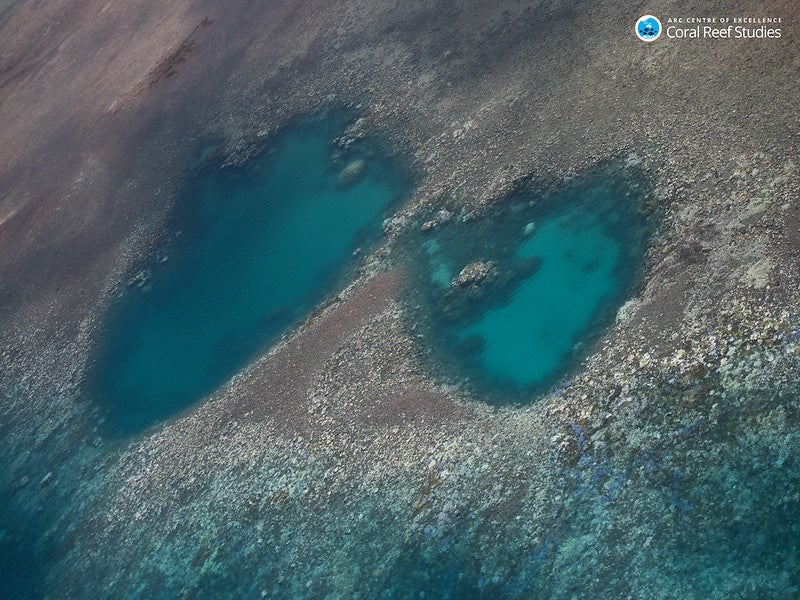 While temperatures are rising across the world’s oceans, some areas are also seeing dangerous short-term spikes known as marine heatwaves.

Scientists anticipate that these heatwaves, which can be fatal to a long list of sea creatures, will continue to get more severe and more frequent as the ocean warms. By the end of the century, conditions in some areas may be akin to a permanent heatwave.

That’s likely to be bad news for everything from seaweed to birds to mammals, and it could result in fundamental changes for food webs and the animals and coastal economies that depend on those resources.

“Collectively, and over time, an increase in the exposure of marine ecosystems to extreme temperatures may lead to irreversible loss of species or foundation habitats, such as seagrass, coral reefs and kelp forests,” a December 2019 study in Frontiers in Marine Science found.

And these changes likely aren’t far off. These marine heatwaves “will emerge as forceful agents of disturbance to marine ecosystems in the near-future,” the researchers wrote.

Marine heatwaves off Australia have spurred oyster die-offs and losses to the abalone fishery, and one event in 2016 caught the world’s attention when it caused severe bleaching of the biodiverse Great Barrier Reef, triggering mass coral deaths.

And scientists now believe that “the blob,” a mass of warm water that persisted off the Pacific Coast from California to Alaska from 2014 to 2016, led to the starvation of an estimated 1 million common murres (Uria aalge) — a normally resilient seabird. The warm waters likely reduced and changed phytoplankton communities — an essential part of the marine food web. But that’s not all. The warm waters increased the metabolism — and the appetite — of big fish like pollock and salmon. That demand spike crashed populations of forage fish that murres usually find plentiful.

Most recently a prolonged marine heatwave off the coast of Alaska led to the closure of region’s commercial Pacific cod fishery for 2020 — the first time that’s ever happened.

Scientists have enough information now to tell us that we need to quickly change course. But there’s still a lot to learn about how warming temperatures will affect myriad species in the sea, not to mention weather patterns and coastal economies.

One current line of research is to better understand how ocean warming affects weather.

“We know that a warmer ocean means more water evaporates into the atmosphere,” says Abraham. “Consequently, it makes the weather more severe because humidity drives storms. We would like to quantify this. So how much worse is weather now and how bad will it be?”

Some of that information will come from existing systems.

“We live in a time of great change, and the ocean is telling us these stories mostly through our incredible Argo floats,” says Russell. This global network of nearly 3,900 floating sensors can measure temperature, salinity and pressure at varying depths across the world’s oceans.

But in the Southern Ocean, Russell works with an even more advanced group of biogeochemical sensors. They measure nitrates, which can tell researchers about the building blocks of nutrients for the food web. They also measure oxygen, “how the ocean is breathing,” she says, and pH, which helps tell the carbon content of the water.

Russell says she’d like to see this technology put to use in more waters around the world.

“We’re trying to get a global biogeochemical Argo array, but so far haven’t gotten funding for it,” she says. “I’m desperate to see the rest of the ocean because it’s all connected and it’s mixing quickly.”

The Arctic, she says, is one place where this technology would play a particularly valuable role.

“It’s so shallow in many places, and under ice for so much of the year, that we haven’t really been able to get a big float array up there,” she says. “But the Arctic is critical to our national interest and it’s relatively unstudied. Can you imagine that, in this day and age?”

There’s plenty to keep researchers busy, but the rest of us also need to act quickly to reduce greenhouse gas emissions because, the researchers of the Advances in Atmospheric Sciences study concluded, the oceans are so vast that they’ll require years to dissipate all of this excess heat and register the changes we’re starting to make today. Cutting emissions, they wrote, is the only way to reduce “the risks to humans and other life on Earth.”