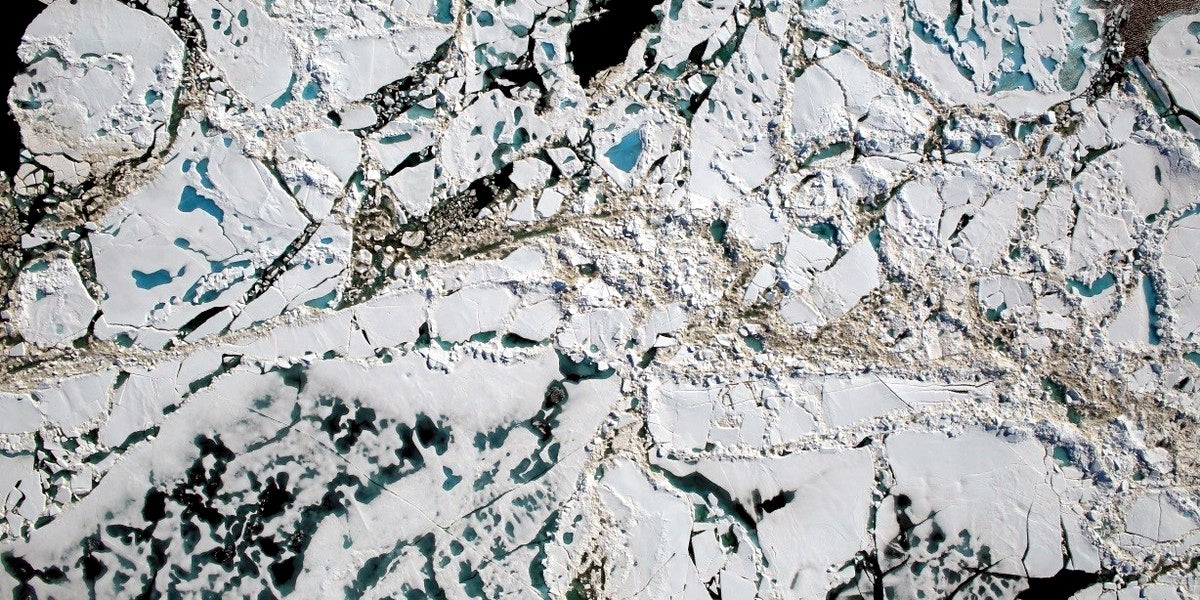 There is just so much to digest in the latest release of monthly global temperature data by the National Aeronautics and Space Administration (NASA) and the National Oceanic and Atmospheric Administration (NOAA), I thought I needed to say something. I just don’t know where to start, so bear with me, please, as this news of temperature records being broken (yet again) is profoundly sobering and worth understanding in detail. It is all hard to grasp and chew on, so I will try to go bit by bit here …

1. It Is Not Just the Numbers

June 2016 was 0.90 C (1.62 F) above the global 20th century average according to NOAA—not a huge amount compared to the previous months in 2016, which were all a record also. But it still beat the previous June record, set in 2015, which is to say yeah, temperatures are still rising. No surprise here. 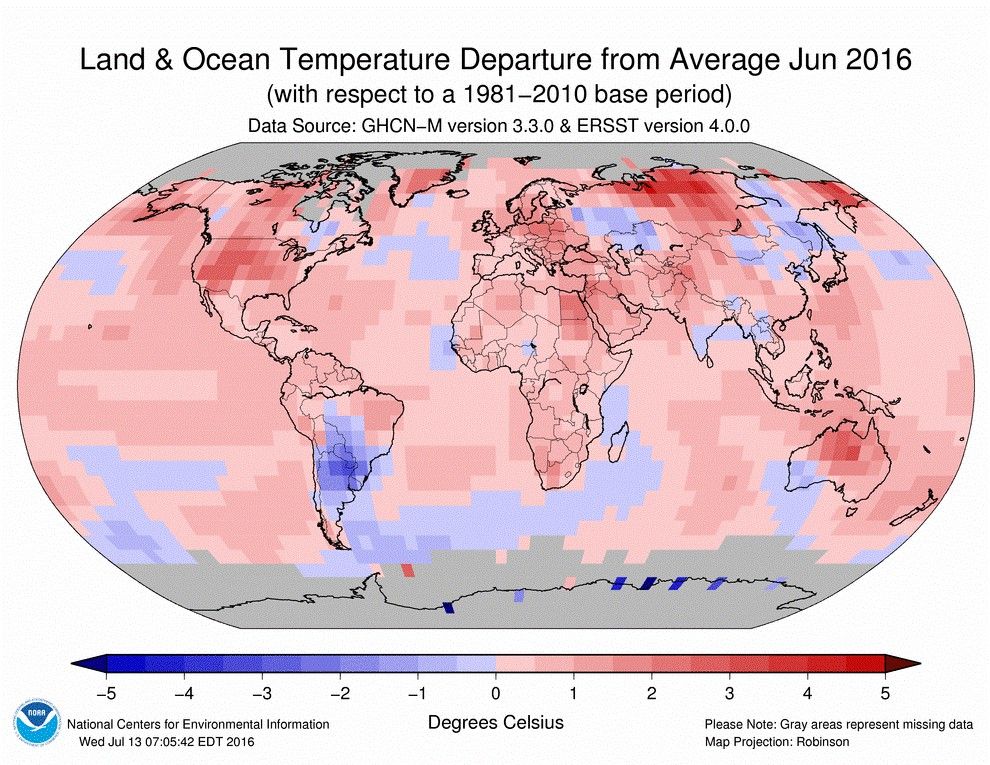 But look at the Arctic—it was hit hard. The darkest reds are up there. And what is in the Arctic, among other things? Arctic sea ice and Arctic vegetation. We will get to that further down. The Arctic is also extremely important for the Earth’s climate and weather patterns, sea level rise and other things: what happens in the Arctic does not stay in the Arctic, as is well explained in this blog.

2. The First Six Months of 2016 Have Set the Stage for a Very Possible Record Warm Year 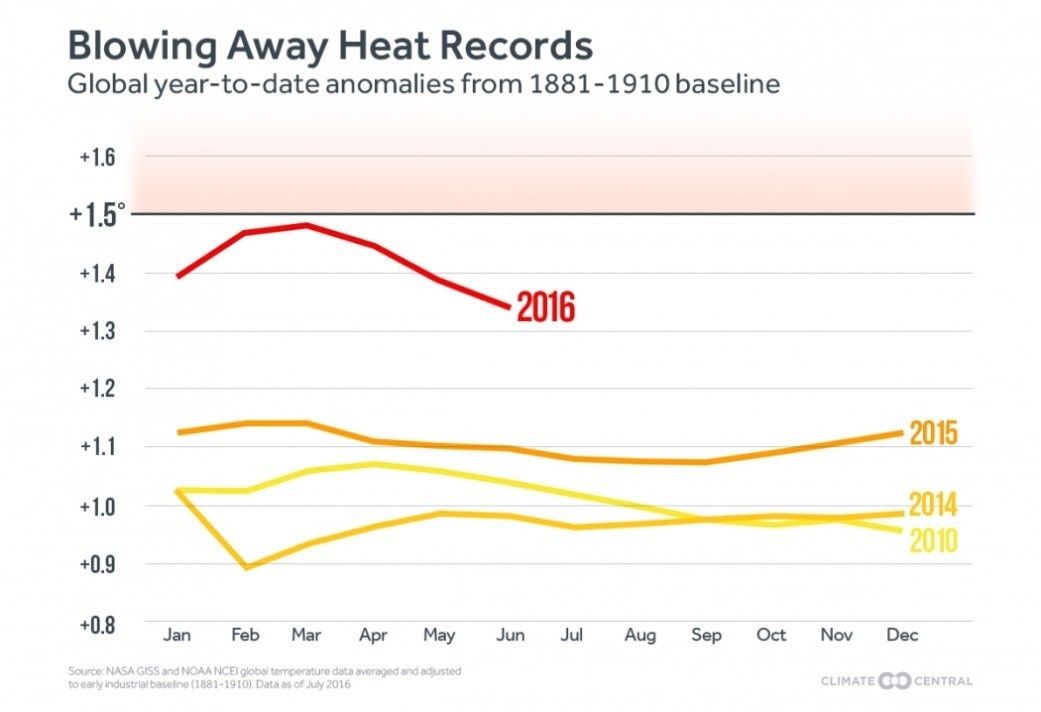 The period of January-June 2016 had average temperatures 1.3 C (2.4 F) higher than the late 19th century. Every single month in 2016 so far had record warm temperatures for that month. It is no surprise then—again—that it is sure looking like 2016 will be the warmest year ever, a possible La Niña notwithstanding (the probability of La Niña developing—which might lead to some cooling effect on global temperatures—has been lowered from 70 percent to 60 percent).

Gavin Schmidt of NASA stated that “Six month average for January-June 2016 […] was a huge record” and went on to ask: “What does the first 6 months imply for 2016 annual mean? Still a ~99 percent chance of a new annual record.” 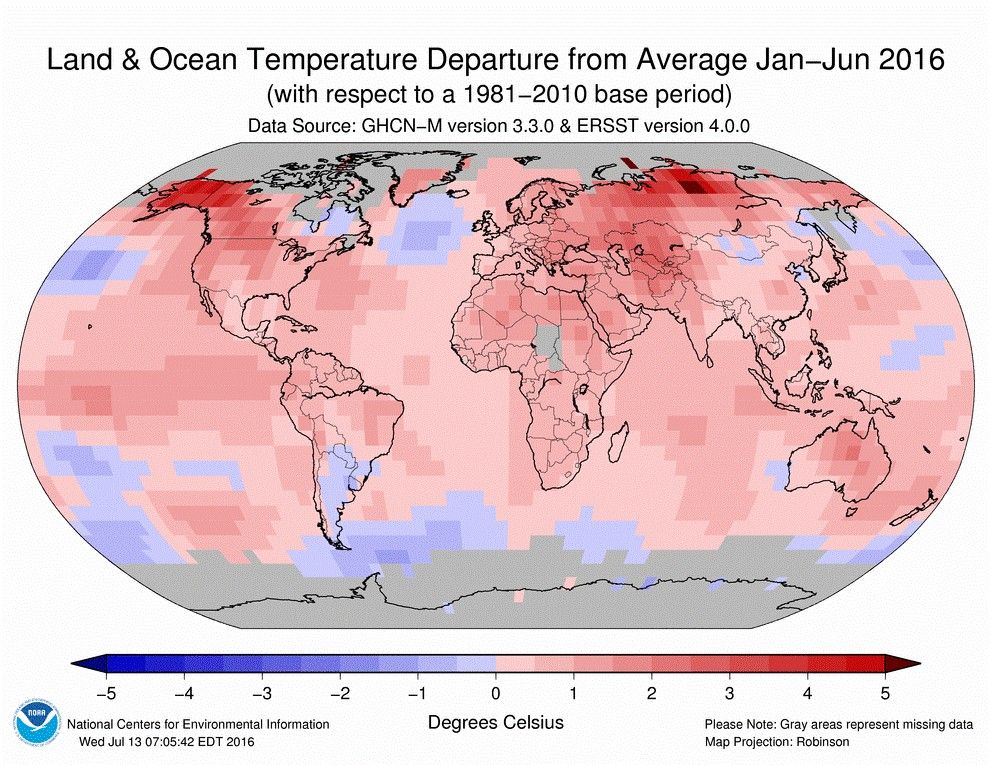 No kidding. We are likely in for a whopper of a hot year. But … look at the Arctic again and the sight is even more striking. For the period of January-June, it was the only area in the globe where temperatures were 4 C or 5 C above average. I don’t know about you, but I do think that is a lot of heat for a cold place.

That warm water can have various effects on the climate, directly or indirectly. In fact, warmer fall temperatures in the Arctic while the ocean is still warm may affect not only on the sea ice formation for the following winter but also weather patterns.

4. Five Out of These First Six Months Also Saw the Lowest Monthly Sea Ice Extent Since Recording Began in 1979 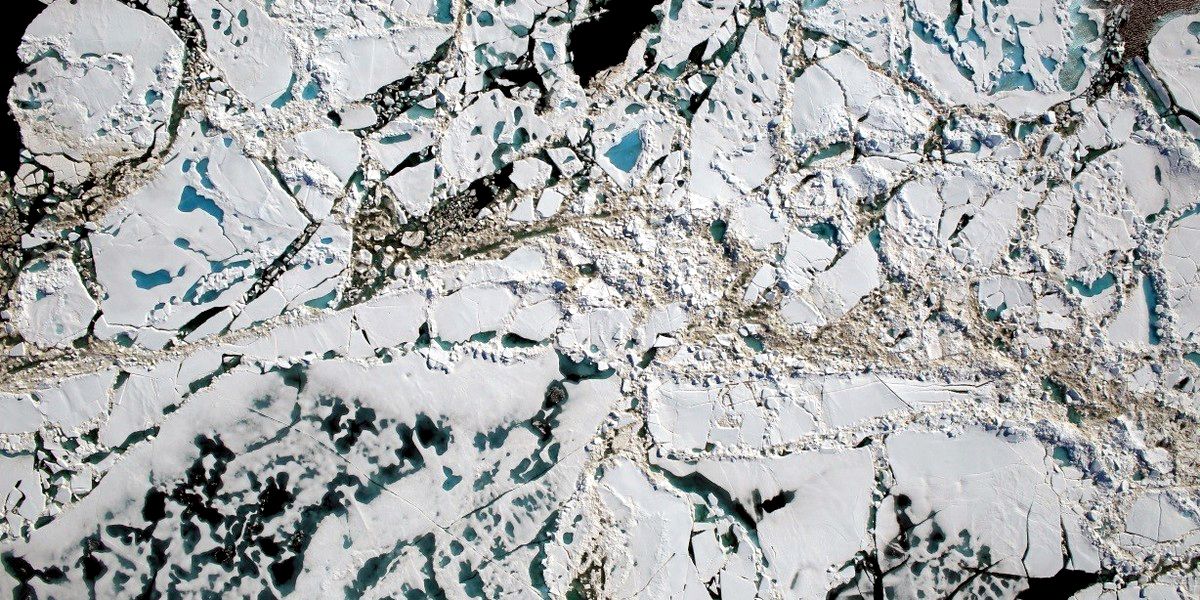 The onset of early melt of sea ice in the Arctic set the stage for record levels of sea ice extent in the first six months of 2016. March was the only month that was not a record low. This is actually not surprising—sea ice extent has not been above-average in the first six months of any year since 2001. According to NOAA, June Arctic sea ice extent is decreasing at an average rate of 3.6 percent per decade. June 2016 was 100,000 square miles smaller than the previous record set in 2010.

The warmer Arctic is leading to an increase in photosynthetic activity in the northernmost regions. The “greening of the tundra” has been observed between 1984 and 2012 (and continued since) and has been attributed to longer growing seasons and less harsh winters. The structure of the vegetation is changing and that can have multiple effects not only on the vegetation itself but on the ecosystem as a whole. The interactions between vegetation and animals that depend on them can be severely disrupted and the consequences unknown.

These are facts not to be taken lightly, but are also a call for action. We must act now in order to prevent more changes to happen. I leave you with this awesome animation from NASA, showing the beauty of our planet that may still be spared a 2°C warming if we all work toward more renewable energy and less use of coal, gas and oil.