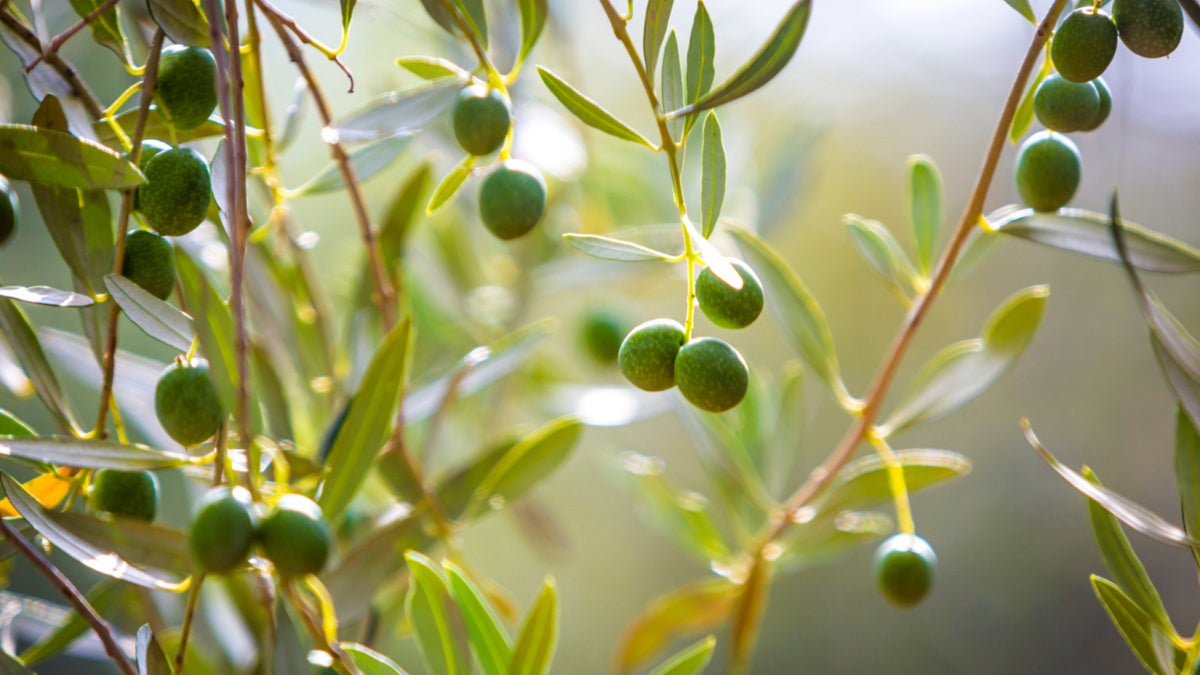 1.3 billion plastic bottles are sold daily around the world. And that’s just the tip of the fossil-based plastic iceberg. Plastic preserves our food. It’s in the nylon and polyester we wear, and it protects medical staff from the coronavirus.

Petroleum-based plastics dominate the market because they’re durable, light-weight and cheap, but most of them can’t be recycled or reused.

Of the 6.3 billion tons of plastic waste produced between 1950 and 2015, only 9% was recycled. The rest of it ended up in landfills, was incinerated or, all too often, landed in the ocean.

A raft of new bioplastic innovations is starting to catch up, though. And, unlike unsustainable fossil fuels, they are derived from renewable sources.

While bioplastics have the same molecular structure as petroleum-based plastics, which take hundreds of years to decompose, research shows that biomass-based polymers are also more likely to biodegrade and break down, including in industrial compost facilities. Bioplastic proponents believe they are key to making plastic part of a circular economy.

Here’s a look at five ingredients that could make bioplastics competitive with traditional plastics. 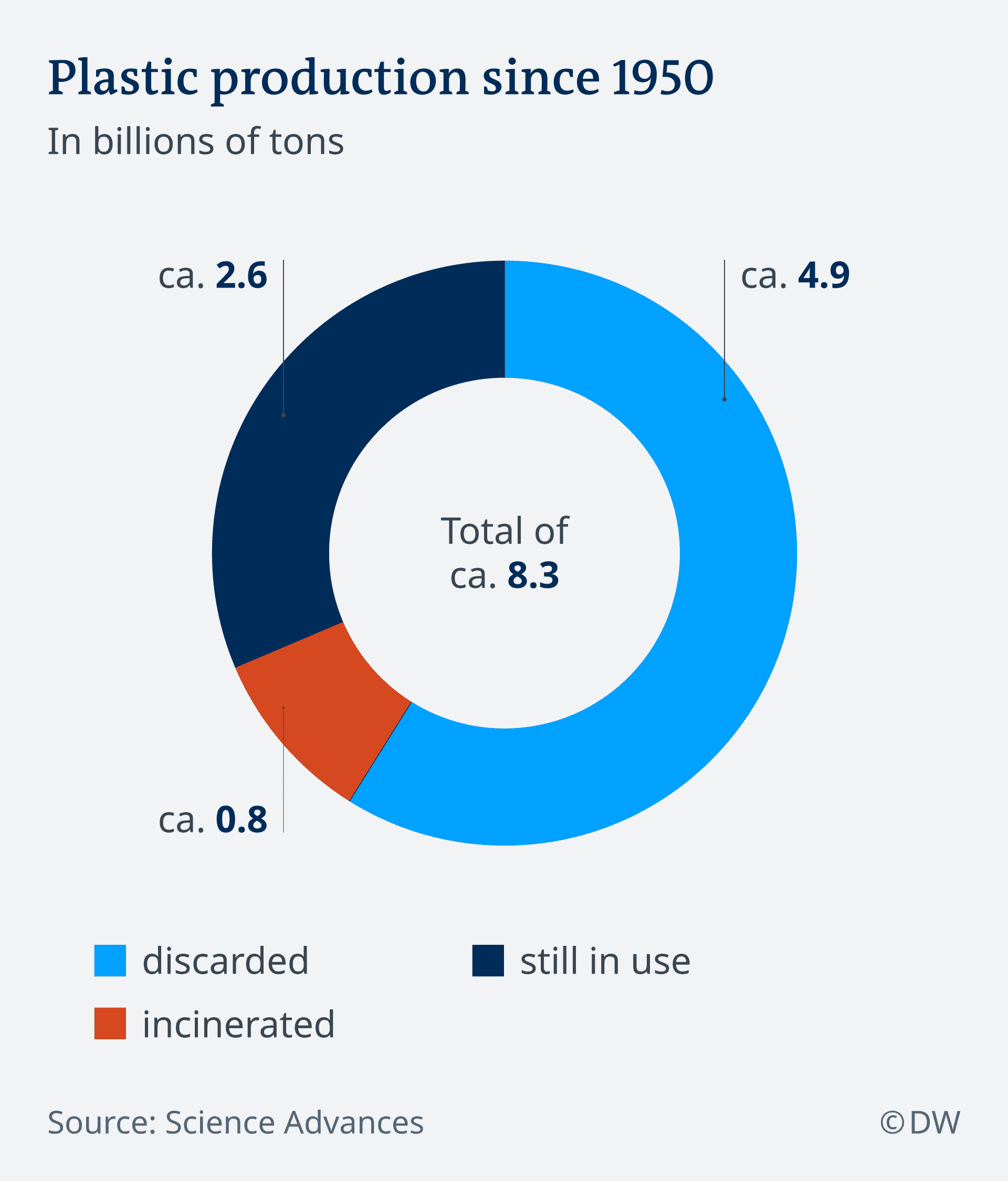 The active ingredient oleuropein found in olive seeds is an antioxidant that extends the life of the bioplastic while also hastening composting of the material into fertilizer within a year.

And since Biolive’s granules act like fossil fuel-based plastics, plastic producers can simply substitute the conventional granules without disrupting the production cycle for industrial products and food packaging.

Biolive claims that by utilizing olive oil waste, production costs are reduced by up to 90% in relation to some existing bioplastics. This is important says founder Duygu Yilmaz, since starch-based bioplastics made from corn are often more expensive than petroleum-based plastics are therefore not a viable alternative.

In 2019, award-winning Biolive was chosen to represent Turkey at the United Nations Development Programme.

Like olive seeds, the husks of sunflower seeds used for oil production is a waste product also being used to created bioplastics. And luckily, they’re in near endless supply.

The German start-up Golden Compound has created a unique Sustainable Sunflower Plastic Compound bioplastic – referred to as S²PC. It’s reinforced with sunflower hulls, which they claim are 100% recyclable.

The S²PC bioplastic is being moulded into everything from office furniture to recyclable transport and storage boxes and crates.

Golden Compound also produces a “green” bioplastic that is 100% biodegradable, GMO-free and can be fully composted at home. Products include award-winning, world-first biodegradable coffee capsules, plant pots and coffee mugs.

The German start-up attributes the success of its bioplastics to performance. “In the end, the only reason people will be willing to switch, is if it works,” Marcel Dartée, General Manager at Golden Compound, told the Plastic Today trade publication.

A UK initiative called MarinaTex is using fish skin and scales – 500,000 tons of which are generated annually in the UK alone – bound with red algae to make a compostable plastic alternative that can replace single-use plastics such as bakery bags and sandwich packs.

MarinaTex claims the biopolymer creates stronger packaging than a conventional plastic bag — flying in the face of perceptions that bioplastics lack strength and durability.

Lucy Hughes, who created the product in her final year at the University of Sussex, says MarinaTex’s flexibility, strength and pliability was inspired by actual fish skin and scales.

“It kind of struck me that nature can make so much from so little, so why do we need to have hundreds of man-made polymers when nature has so many already available,” she told the World Economic Forum in November.

MarinaTex, which won the 2019 James Dyson Award worth €35,000, describes its product as home compostable and says it can break down within four to six weeks.

Meet the woman turning fish waste into an alternative to single-use plastic.

Lucy Hughes, a student from the UK's University of Sussex, has won a €35,000 award for her invention. She hopes the grant will help boost ''MarinaTex'' into mass production. pic.twitter.com/LCqkWNzXac

While PET is one of the most recyclable fossil-based plastics it takes hundreds of years to decompose. In response, Amsterdam-based Avantium has created a revolutionary “YXY” plants-to-plastics technology that converts plant-based sugars into a new biodegradable packaging material, polyethylene furanoate or PEF.

A trial of PEF biodegradability in the natural environment is showing promising signs.

It is used as a textile, film, and has the potential to become a major player in the packaging of soft drinks, water, alcoholic beverages and fruit juices, having already collaborated with the likes of Carlsberg to create a “100% bio-based” beer bottle.

According to Hasso Pogrell of European Bioplastics, it’s even possible to ” recycle PEF together with PET, and it makes the PET recyclate perform even better than the original PET.”

Gadget blog Gizmodo wrote back in 2015 about resilient and biodegradable fungal mycelia-based materials which, unlike oil-based plastic, “create no toxic byproducts.”

One emerging brand utilizing fungi is Reishi, a sustainable, fine mycelium leather substitute created from a woven cellular microstructure derived from mushrooms. By emulating the collagen structure of animal leathers, Reishi fine mycelium is both sustainable and versatile.

Reishi creator MycoWorks has taken the water-resistant biomaterial to the next level, promising the performance, quality and aesthetics of leather or synthetic plastic materials, but with a negative carbon footprint.

Already utilized by a selection of European luxury and footwear brands, in late 2019 million (€18 million) financing was raised to help deliver commercially viable non-plastic, non-animal Reishi materials to the market.

In terms of limiting fossil-based plastic consumption, the biomaterial aims to outperform existing “vegan leathers” that are created with unsustainable plastics.

Imagine a world where we are using sustainable biomaterials #Mycoworks #Lingrovehttps://t.co/fA6UIyThr4 pic.twitter.com/m4OicryCBx